You are right. This is even worse for him then!

Franklin is a saint. The work he does all over the world with Samaritans purse is amazing.

Trump declares himself winner of his own golf club championship – despite...

Trump announced on his social media platform that he won the Senior Club Championship at Trump International Golf Club in West Palm Beach.

Well he didn’t beat his good buddy record Kim Jong-Un incredible record off making a hole in one on every hole on a 18 hole golf course. Just incredible!, Unbelievable!

Here’s your guy. Perfectly normal, not crazy at all. Best words, Best actions, Best people. The Best at everything, especially ALL CAPS. 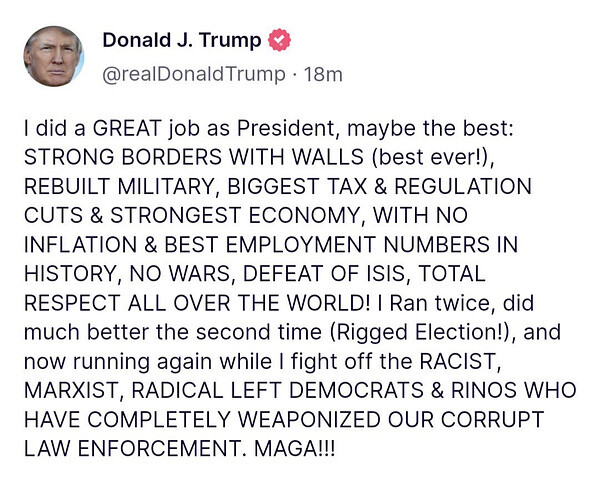 Does this sound eerily similar to a certain poster on this board or is it just me?

After letting your post sink in, I believe you are correct.

It seems someone from Beverly Hills likes to cosplay as his orange god and tries to post like him, while another saw orange gods book on clearance and uses the term counter puncher now to try to impersonate what he was told was in the book.

Unfortunately, that seems to include 40% of voters, not everyone, just voters.

Start of rant:
I blame Democrats and moderate Republicans for this mess since they are, collectively, too hot damn busy to vote! MAGA? They vote. 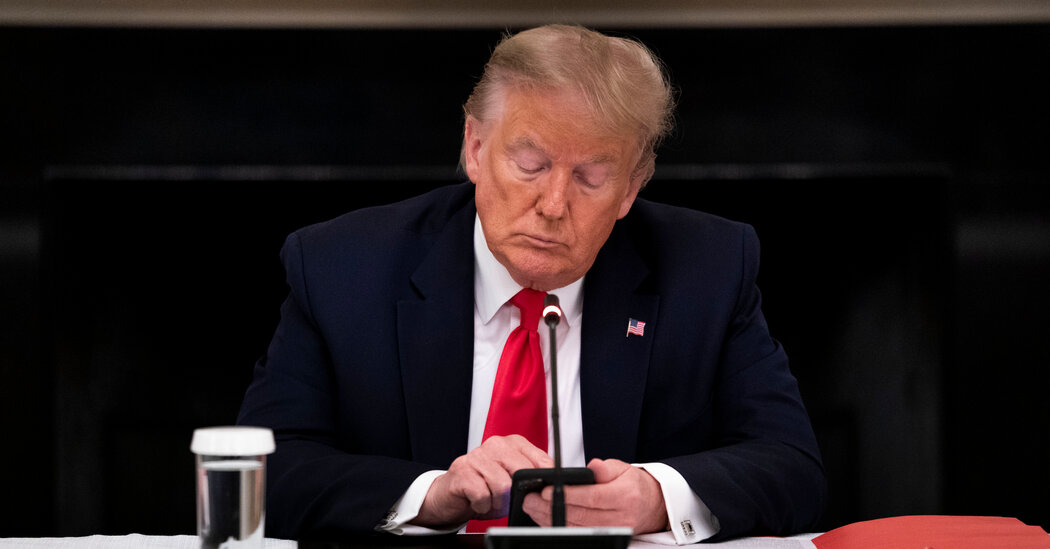 One of former President Donald J. Trump’s most consistent personal traits — one that his advisers say has helped keep

You need some help man. You are OBSESSED with Trump. GET SOME HELP. 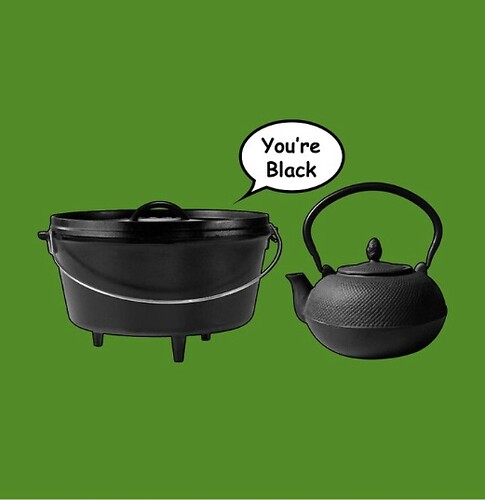 You need some help man. You are OBSESSED with Trump. GET SOME HELP.

If that was to me, I’m hardly obsessed. Trump is candidate for President in 2024 so I do follow news of note. I don’t really care about his every Truth post or anything but you know since his campaign has been virtually non existent besides meeting with white supremacists and anti-semites, trading cards, and a eulogy, anything new of note is interesting.

Then some is ridiculous, like his golf tournament win, which I find hilarious. However this is a thread about Trump’s campaign so it would seem to be the appropriate place to post things like that.

If I start posting about Trump on the basketball board, that might be obsession.

Are you trying to use logic?

“Mr. Barr and Mr. Durham never disclosed that their inquiry expanded in the fall of 2019, based on a tip from Italian officials, to include a criminal investigation into suspicious financial dealings related to Mr. Trump.” 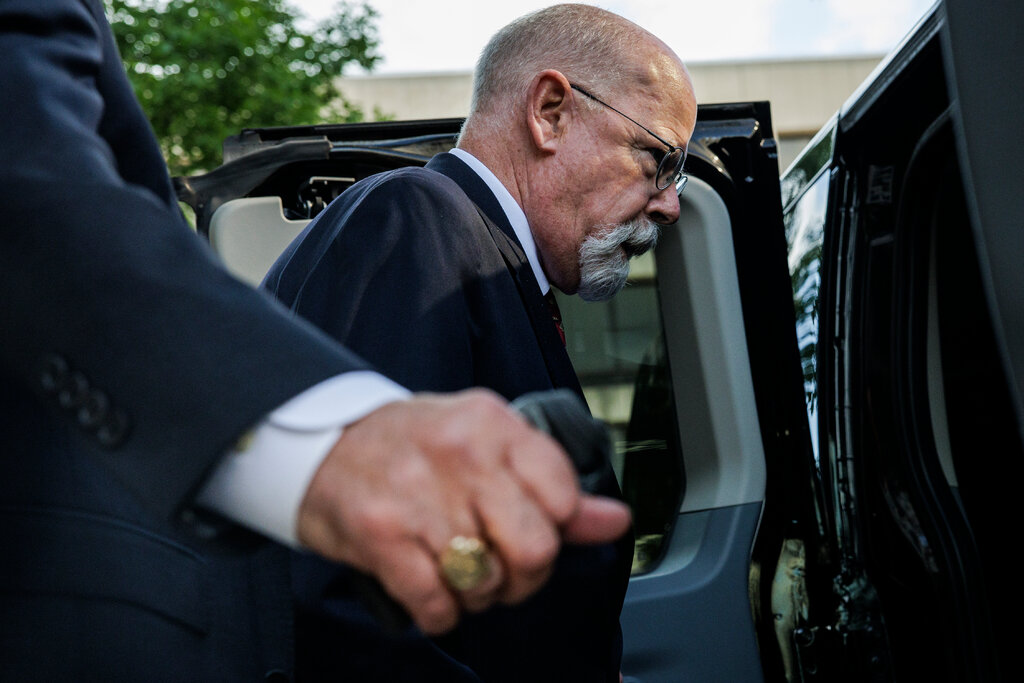 Barr Pressed Durham to Find Flaws in the Russia Investigation. It Didn’t Go...

The review by John Durham at one point veered into a criminal investigation related to Donald Trump himself, even as it failed to find wrongdoing in the origins of the Russia inquiry.

Your source is the tptimes. It is another anti Trump hit piece.
Nothing, they found nothing. Deal with it.