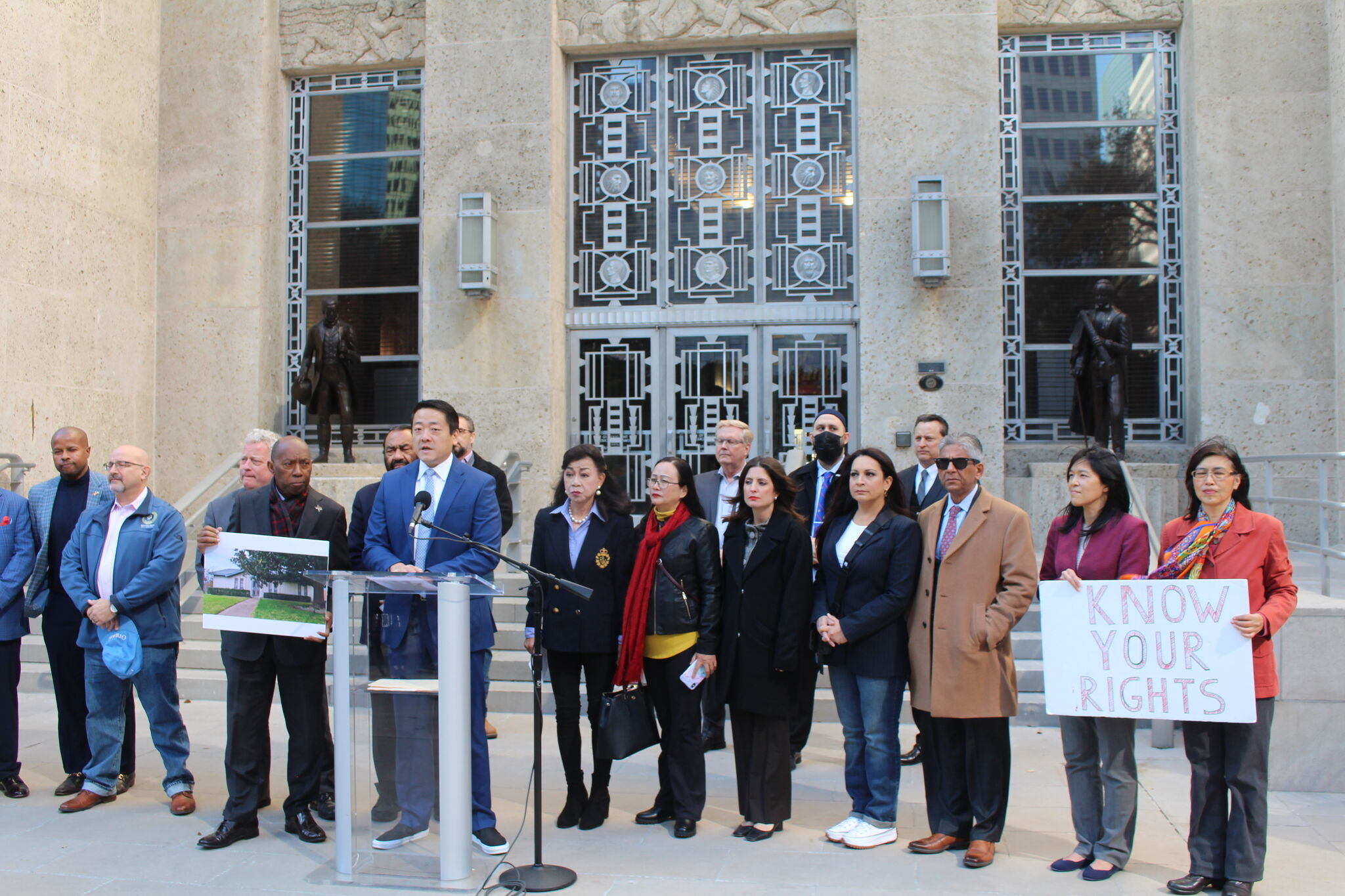 Abbot taking a page out of Desantis playbook.

Actually, the article doesn’t make it clear. It seems to say that citizens of Russia, Iran, China, etc. would be banned from buying land in TX, not citizens of the USA.

That said, what about non-citizens with green cards who are from those countries? My wife still had a green card whenever she and I jointly built/purchased our home, and she was still a citizen of China at the time. Both our names are on the documents.

If this proposal would ban such transactions, then I say “eff the TX GOP!!!”

As I’ve said before, there are only a few things that I think an immigrant with a green card can’t do that only a citizen should be able to do, like vote and hold a Commission as an Officer in the armed forces.

A ban on green card holders buying property is wholly wrong in my view, and it sounds like this proposed legislation would amount to that. Someone correct me if I’m wrong.

Don’t worry, like the SJL Bill, its all for show.

The only thing Americans love more than the red, white and blue, is green.

Either you are putting us on or you are clearly inept at recognizing real threats.
Either way you need to get an immediate course in common sense.

I’ll take there money. Want to my buy property I take their money as long as it’s greenbacks. That the one color every likes green dollar bills in this country. Besides jmo it’s a dumb idea.

Hey friends bigcatonprowl sold his hoothouse to some proputin ganster.
Neighboor reply:
"But I thought he had a UKRAINIAN RIBON tied on his 84 gremlin?
Yep, HE IS A FRAUD.

as a land owner, one thing to remember is they are not making more and what do you have when more money is chasing a limited good ? just like we have with all sorts of supplies like eggs currently ? INFLATION !

anyone in texas that has owned land in texas for over 10 years can tell you foreing and outta state ivestment has been rising property prices, hiurting the most ? new texas home buyers, texans looking to buy property for income or wealth.

texas and every other state, should be protecting its citizens; all for this.