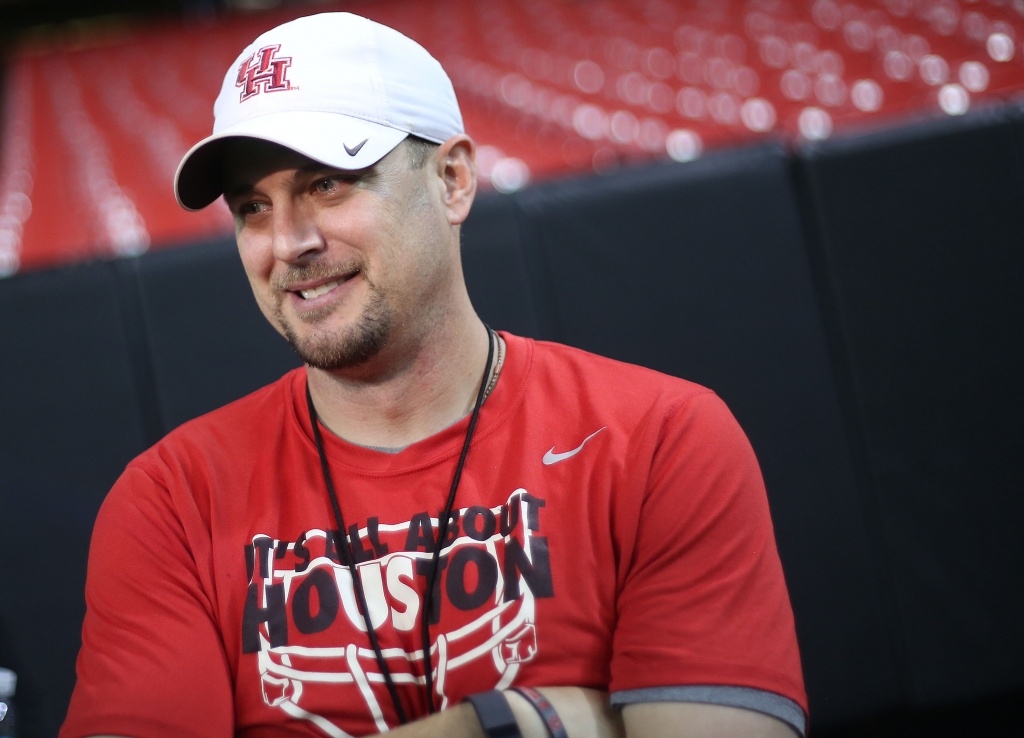 At the Texas High School Coaches Association convention Monday, UH coach Tom Herman expressed how he truly felt about that and other rumors linking him to other jobs. A day later, Mundo’s report was amended to remove the portion about a face-to-face meeting, only saying “Herman’s agent was recently in Waco to discuss the position.”

Herman’s agent is Trace Armstrong who also represents Urban Meyer, Kevin Sumlin, James Franklin and a whole slew of college and professional coaches. He teams with Jimmy Sexton to have one of the most powerful sports agencies around (CAA sports). So Herman’s agent being in Waco doesn’t mean he was there to discuss Herman.

DUH, besides there are several museums in wacko he may have been visiting. Let’s not forget scumlin is looking for employment in the near future.

I’ll never forget CTH lighting into Blowpez and the weasel on 610 last year. Some of these radio guys are so full of themselves and brazen.