Pollard and I were discussing this. Vasquez is gone. Now you’re in a trade situation vs a buy situation. Much more risky. I would have taken Vasquez back vs either because of his familiarity with the staff.

I’m resigned to not want Varsho. I have the feeling he’s one bad month away from falling off Maldonado Mountain. We’ve already tried the two Mendoza-line catching platoon.

I’m hoping for Kirk. But I’m really not sure what the Astros should do.

I think Kirk is the play as well….Kirk is good enough to DH when not catching….of course if you go that route you have to carry a 3rd catcher on the roster……
Yainer has the flexibility to catch and play first….
An awful lot of balancing and keeping guys happy….Kirk would need 500 AB’s to get full value.

I’m a little more optimistic on Varsho….in full season AA he had almost .900 OPS and only briefly played any AAA ball like 80 AB’s and an .1100 OPS….I think he will improve with more time.
He can catch or play LF….

Maybe so. I haven’t followed him as much as Kirk because I always watch the Jays when they’re on because I want yo watch Springer bat. Just a curiosity. I’ve seen a bit of Kirk. Much less of Varsho.

If I had to pick between those two, I think I’d rather take Varsho primarily as an OF and give the young catchers a look. If they don’t work out, then you can platoon Varsho at C or make another move.

We HAVE to upgrade the OF, and none of the minor leaguers have looked as close to ready as the catchers have. Either play 'em or trade 'em.

But is Varsho gonna hit any better than McCormick?

I’m not and never was a hitting coach but for the life of me I don’t know why someone has not made Chas open his stance some….any HR or hard hit ball is mostly to RF, he can’t turn on the inside pitch at all….that stance is killing him IMO.

Maybe Dirden will absolutely rake in spring training and force his way on the team.
We r due to have an under the radar player have an awakening on the Major League Roster.

I’m not and never was a hitting coach but for the life of me I don’t know why someone has not made Chas open his stance some….any HR or hard hit ball is mostly to RF, he can’t turn on the inside pitch at all….that stance is killing him IMO.

This has bothered me since forever!!! Even my daughter, who’s a soccer player and not softball, says his stance reminds her of someone afraid to get hit.
Its like he’s already in a half turn to escape a heater up and in.

Don’t get me wrong. It takes brass balls to stand in there against pro pitching. But he just looks like he’s covering up. I think he’d have ample bat speed to pull it if he got that right foot farther up. But that has nagged me since forever.

Altuve, in the first three years, used to bother me being so far off the plate. Then I saw how he hit there and I acquiesced to his style. I’m not a baseball coach so maybe his stance is an over-correction for some fault he had previously.

That’s exactly what it is….he probably had a problem with his hips flying open or keeping his front shoulder closed……the front side then pulls off the ball….
But now it’s like he is so closed that he can not hit the inside pitch at all…you have to bring the bat all the way around to get the inside pitch with closed stance.

With all the velo in the game now he is going to have to change….at least slightly more open.

There are guys who can start closed like that (G. Stanton), but their first move is to open up a bit. You have to be really good to be able to pull that off consistently, and CM isn’t that guy.

I really wanted Vasquez back but he wants to be a starter.

So sports talk in San Antonio is awful so I listen to 790 some through iHeart….Salisbury and his little crew are clueless….I just want to reach through the radio and smack him.

Anyway, part of me wants to roll with the team we have and fill open spots with Lee, Diaz, Dirden and Leon.

Then again if we picked up one of these two guys the lineup would just be sick!

I was hoping like crazy the Astros would sign Vasquez! Give him equal playing time as Maldy and match whatever the Twins were giving him and I think he would have took the deal! I don’t like the idea of the Astros trading for a catcher when we already had one with Vasquez because in any trade deal you have to give up your own talents in order to get talents! Signing Vasquez would have allowed us to hold onto a talented catcher without having to give up any of our talented players! I thought all along the best route would be to sign a talented free agent instead of doing a trade deal!

I wanted to buy instead of trade, too

“Varsho is a unique player who can catch and also play center field, two positions of need for Houston. He also swatted 27 home runs in 2022, and a guy who can provide that much offense while playing two up the middle positions (as well as right field) is incredibly valuable. Arizona has reportedly set a high asking price for Varsho, who is only 26 and will remain under team control through 2026, and understandably so.” 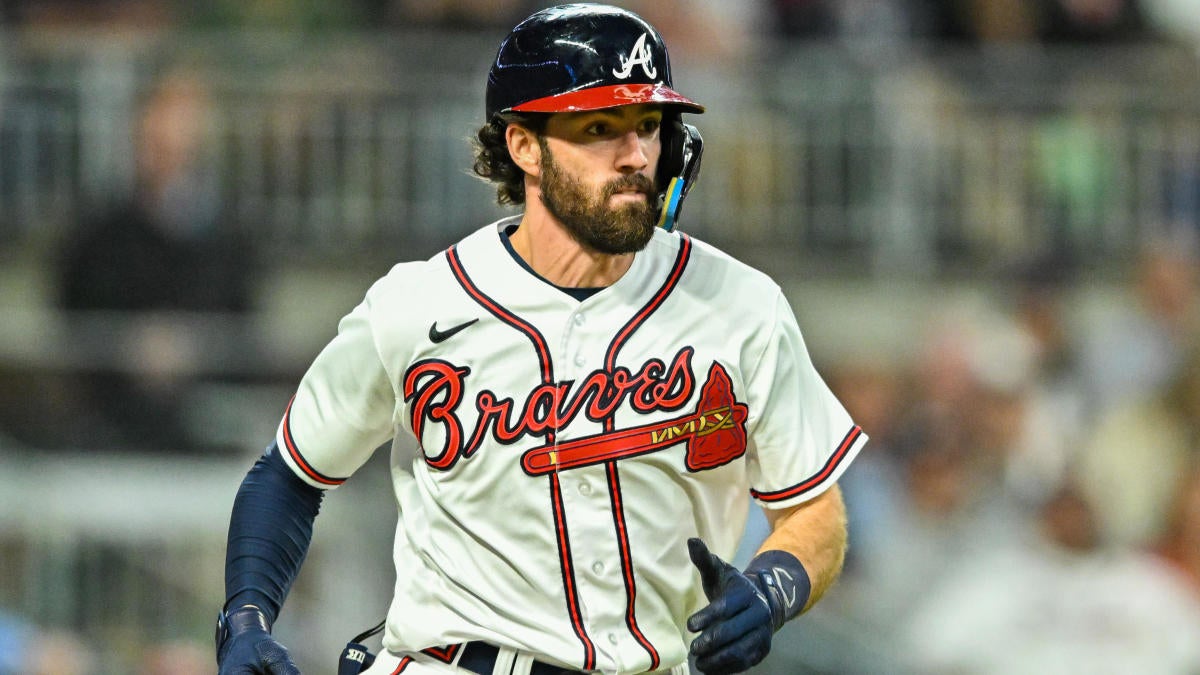 The hot stove is sizzling

Ok, you guys convinced me. Who’s gonna call Crane and tell him to pull the trigger?

I would but I forgot his number

Astros can offer some good MLB roster level players to AZ and not mortgage the future.

'Stros impressive prospects are young.
20 of the Top 30 prospects & 4 of the Top 8 are AA or lower.
(MLB guys like Brown are “prospects” until on the active Astros roster for 172 days)

Is Varsho worth alot of these guys?

Not a lot of them. When you list them and I see their names it makes me not want to give them up. Like Pollard says, part of me wants to roll with what we have. But its irritating that we’ve gone through several rendezvous with the league and we’re still whiffing on a CF. I don’t want to give up Lee or Hunter. Julks is an emotional favorite. Dubin could break out any time. Ate you gonna give up Leon for an OF that hits less than .270? I don’t know that I would.
We’re also still missing that one or two inning lefty that could really cover some innings for us over the long haul. Or a one or two out lefty for that matter.

I got this feeling that if we don’t see some marked, healthy improvement from Whitley over the next year we can consider that project over. It would be my luck we’d shuttle him in some trade for a utility infielder mid-season and he’d turn into Curt Schilling for Marlins.

I’d Whitley ever does anything it will be a small miracle….trust me on this one.

What if he actually panned out and came out of nowhere next season and was dominant?