Just make it part of Maryland and be done with it.

Yeah, or split it between Maryland and Virginia. I am in full support of making Puerto Rico a state though.

This plan would backfire so hard it’s like you don’t understand demographics at this point… It plays right into the strengths of Democrats, the cities and diversifying and college educated suburbs. You split Texas into five there’s no way you negate Houston, DFW, San Antonio, Austin, and El Paso with enough oil hands and ranchers dispersing that voting block up over 5 states. 4 out of 5 of those go blue instantly.

You would have to gerrymander the hell out of it and could probably make it 3-2 red, maybe an outside chance at 4-1 red. Borders that make sense would most likely fall 3-2 or 4-1 blue. If you just cut off west Texas (west of the I-35 cities), its a blue state by a pretty decent margin.

Gerrymandering a state border would be very different than a congressional district. No way that flies.

You would probably end up with something like 6 Reps - 4 Dems which doesn’t change the calculus. And, as mentioned, there is a chance it completely backfires.

This is true they could create 3-4 very red economic wastelands that would fit right in with WV, MS, KY.

At least this piece of @#$h madoff got caught.

What in the world does Madoff have to do with this discussion?

I don’t give a flip about the party. Independent , Republican, or Democratic is irrelevant
to me. It’s about we the people.

The Constitutional problem is unique to Washington D.C.

Somehow the wording of the 23rd. Amendment would double the Electoral College votes to 6 for just 800,000 citizens. That small area would have 4 Senators and 2 House Members.

No other proposed new State has such a problem.

The 23rd. Amendment has to be abolished byCongress, then submitted to all 50 States to be ratified.

Since 30 States are Republican ratification is impossible.

Democrats know this. Just part of their pandering to Black voters. Indeed part of the proposed State name is dedicated to Frederick Douglas.

Making an analogy with the d.c. swamp. d.c. is a ponzi scheme.

You would have the Austin State.

Have you been to Austin ? Homeless camps everywhere.

You can have Austin.

That’s what you’re going with? “Austin state” has homeless people. I mean I guess the counter here you can have East Texas with it’s crap economics and population of Klansmen and confederate loving traitors.

Yes Austin is a mess. Freeway overpasses are full of full blown homeless camps. It is horrible.

If you think DC statehood is about politics (and I do think so), it’s MUCH more about the Senate than the House. Exponentially more.

Who are these homeless people ?
Are they mentally ill ? Do they have substance abuse addictions ? Or do
you think it’s just a bunch of free loaders too lazy to work ?

I’ve read 1/3 to 1/2 may have mental illness. Do you dispute
that assessment? What kind of society relegates these people to the street ?
Where do you think they should go ? Jails ? State institutions? How will you
pay for either of those things ?

Framing the homeless problem as Blue or Red is not helpful.

Here are the cities with most homeless. 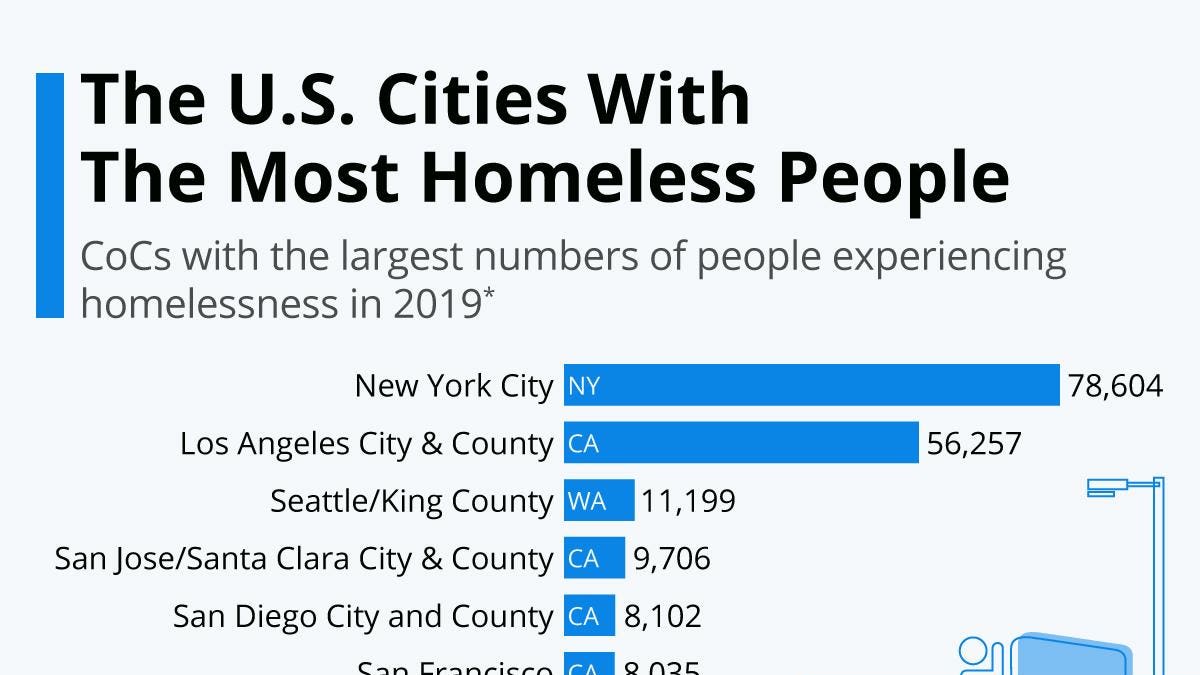 The American Cities With The Highest Homeless Populations In 2019 [Infographic]

Even though progress has been made in recent years, more than half a million Americans are still homeless today.

Interpret the data however you want.

In terms of Austin, drive around you see large homeless camps out in the open. Why? Because the city government tolerates it.

They pride themselves on tough real estate regs in Austin. Its true it takes forever to get permitting. Unless of course you are homeless you can build anything anywhere.

I think the biggest reason homeless live in cities is there is more support (people, shelters, food pantries, etc.).

I’ve never seen homeless per capita stats across the country but never really looked hard for them. That would be interesting.

Edit: Found a stat for above. City homelessness is ~2X higher per capita than rural.

Here is all the data you ever wanted on the homeless.

When you look at state numbers and city numbers, it becomes very clear.

Written By: Security.org Team | Published: April 12, 2021 Homelessness impacts every American city and all 50 states. The U.S. Department of Housing and Urban Development is responsible for conducting an annual count of unhoused people, and does so...

It didn’t have what I was looking for at first glance but I found what I needed elsewhere. 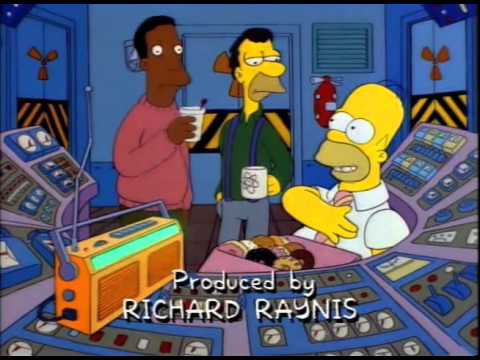 Look at the data and interpret the results as you see fit. But if you actually look at the data it fits with a mindset of “acting like you care but in reality you really don’t care”. They don’t want to help the homeless that takes effort. But they don’t want to clean up these camps because it could impact their well crafted image as someone who is nice and cares. So it sits and it gets worse and the sanctimony grows.