We are currently SECOND in the conference!

And only one game behind ECU.

The official Baseball page for

We are very much still in the running for the #1 seed in the tourney.

That being said… Go Coogs!

Let’s see how the turnout is on Wednesday…

Quote: I remember when UH vs Rice baseball was a pretty big event…

It was before both schools went into baseball decline.

Arnold went off in Tampa.

PLAYER OF THE WEEK
Zach Arnold, R-So., INF, Houston
“Arnold helped propel the Cougars to a sweep at South Florida by hitting .474 (9-19) with five runs scored, one double, three home runs and seven runs driven in. The redshirt sophomore recorded multi-hit games in each of the three conference contests over the weekend” 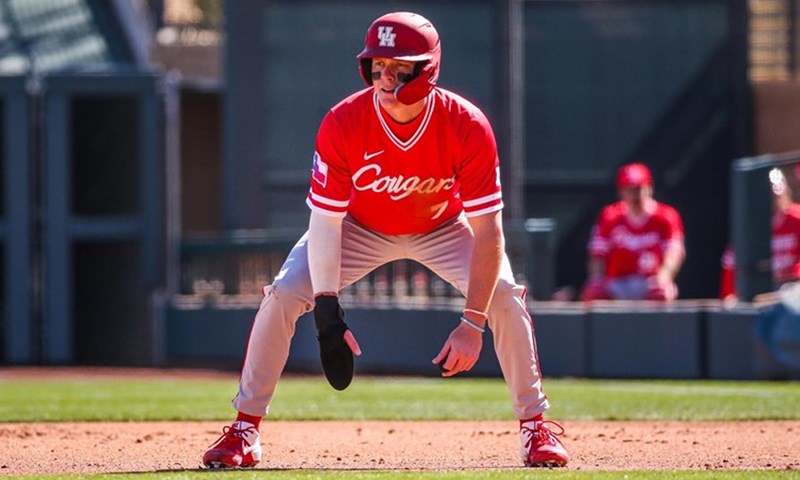 The American Athletic Conference has announced the winners of the league’s weekly baseball honors for the 11th week of the season.

After another exciting weekend of baseball, the Big 12 has one of the biggest risers, and fallers, in this week’s D1Baseball Top 25 Poll. Oklahoma State, fresh off of a 4-0 week including a series sweep over Texas in Austin, rose from eighth all the...

Yep, I had a few friends with those dang blue vuvuzelas. Naturally, Rice fans are good at blowing things. That year they hosted the regional was awesome to have all the fans in town. (minus the rain…)

I am cracking up cause Pollard called it, said the coogs would do well enough for someone to start a this might be our year post!

If Whitting wins conference (regular season or tourney) then he should get to keep his job imo… Been my stance all season… Nothing’s changed.

Should he have to win the tourney and get a bid, or just win the regular season (which may not necessarily get us to the NCAAs)?

Imo if he wins regular season and doesn’t get an at-large bid he has done enough to save his job. Idk if that’s best for UH… but how do you fire someone who wins the regular season conference title…?

That would represent such a significant improvement over last season that it probably merits retention.

I concur. If he wins the conference regular season, then regardless of what happens next, his job is probably safe.

If the Coogs win the AAC and don’t get a bid to the NCAAs, CTW will still keep his job. Why? Because Pez wants an excuse to keep him.

But the answer to your question, “how do you fire a guy who wins a conference title?” Is simple.

Conference titles don’t matter. NCAA bids are the mark of success. Coming off the worst year in UH baseball history.and officially running what was a perennial top 25-40 program into the ground, only to draw up the worst schedule anyone here has ever seen to still scuffle through the season with several… several losses to teams with RPIs over 150…and being more than 40 games into the season without a definitive starting rotation or bullpen rotation…If UH doesn’t make the NCAAs, CTW and his staff should be run out on a rail.

Winning a garbage conference (that D1 baseball now disparages as mid-major) by beating other teams with 50+ RPIs isn’t anything to crow about.

But Pez doesn’t want to fire CTW, I assume because he doesn’t want to pay for a real coaching staff… The propaganda machine will do what some of us here have already predicted he’ll do… Trumpet the “great improvement” over last year, even though failure is failure… And failure with a garbage schedule is even worse than regular failure…

Give me the “good ol days” when Coog baseball was so well respected, they could be 30-29 and still get an at-large bid. I’ll take that over winning 38-40 games against garbage and still having to risk missing the tourney…

That said… Go Coogs… These kids deserve a shot.

Some of the guys on this board: 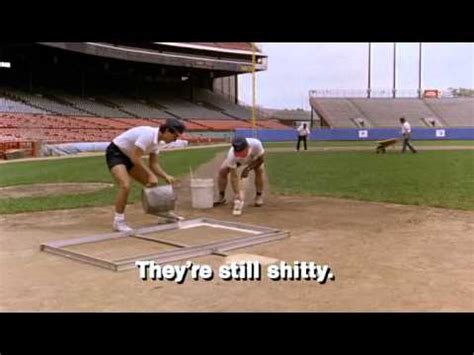 I agree the OOC schedule was garbage… That’s why I put it all on winning the conference… I can see hinging his job on a postseason bid, though.

Most of the games I’ve watched have involved questionable pitching moves, or lack thereof, and bad baserunning… Aka being aggressive.

I haven’t been impressed with his coaching… But he’s giving his team and himself a shot.

Seems to me Whitting’s had plenty of time right the ship.

Even if he wins the regular season crown, I would let him go.

If there is any interest in Sean Allen, I would be afraid that somebody’s going to grab him up sooner rather than later. I’d think he’s on the precipice of getting a decent head coaching job. If that happens, we might have to look elsewhere if we decide to make a change later. JMHO.

I’d add: If we do move in another direction, Allen is my preference. But I’d hope we’d at least look around and do some interviews–you never know who you might find. But I also hope we’re talking to Allen and keeping a relationship going so we know if someone’s looking at him and letting him know that we’re interested … if we are …

I’d also add that I’m guessing that hiring in non-revenue sports, men’s and women’s, is probably not a priority right now. Once we’re in the Big 12 and once we start getting higher payouts, I think we’ll be much more aggressive on those hires–or so I hope.

They are at a level that is no where close to where they need to be entering the Big12.

Neither in recruiting, player development or in game management.

If a change is not made the program will languish for another how many years?

I am happy the players on this years team are having some success….but now that we know the move happens in a year the change needs to happen…

Absolutely thrilled for the players to win. As far as the staff…it’s been 12 years. Won a Regional and are 2 games over .500 in Conference play over that span. He’s had plenty of time to get program over the hump, it just hasn’t happened. If you think this is what’s best for the program heading into Big 12 Big Boy Baseball you extend CTW and put it to rest……Personally I think not hiring Sean Allen ASAP would be a huge mistake….but I don’t cut the checks either

Tadlock (tech) was interviewing for the job last go round and really wanted it before the big push for whitting. Maybe open your mind to other possibilities other than Allen.

Yes Sir, know there are many outstanding Coaches out there that would fit the bill, if it comes to that.