We're not a Blueblood but a New Blood 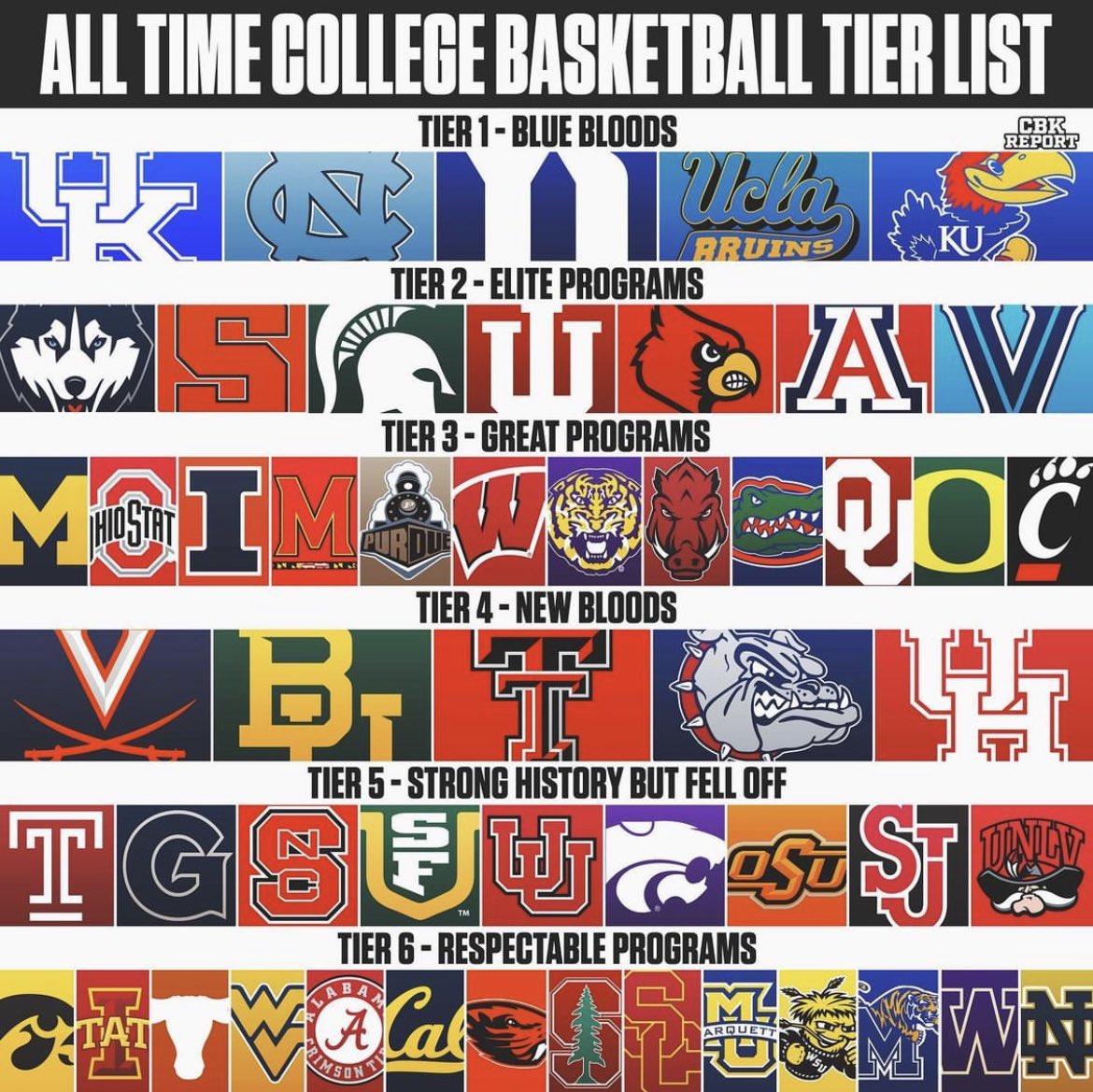 USF, meaning San Francisco has a strong history? What when Bill Russell was there? Hadnt made the tournament in 20 years until last season.

*Ohio State is not a “great program”. They had a nice run with Thad Matta, but they’ve certainly taken a step back. Since 2013, they haven’t made a deep run in March. Ohio St is a good program

How are Oregon St, Cal, Washington in the respectable tier

Washington has made the tournament 1 time since 2011-12 season

Why do i care, great question

gotta have a blue logo to be a blue blood. common sense

We’re not new bloods if we have made final fours.
I would put us at elite.

We have a history, i don’t think we are a new blood

Then we slowly found our way to the outhouse tier because we played like sh/$ and had sh/$ facilities….

Then we rose from the ashes….much like a Phoenix….

We have since turned into a blood….not opposite a Crip vs Blood

kinda blood…. Not a Blue Blood……But a NEW BLOOD.

My main takeaway is that 9 of the future Big 12 members made this list with BYU probably being the biggest snub. Compare that to the new Pac 10 which only has 4 on the list, with the only program above the last tier being the most vocal about wanting to leave for the Big 12.

All more than UH.

I think the one i scratch my head at is LSUs. I dont really think their resume is any better than ours. We’ve had more F4s, E8s, S16s, qnd only one less tourney appearance. We’ve also been better recently and wothout the scandals that LSUs had to boot.

I did some digging into their history. 3 Finals Fours, since 1970.

When Thad Matta was there, i certainly considered them a great program. 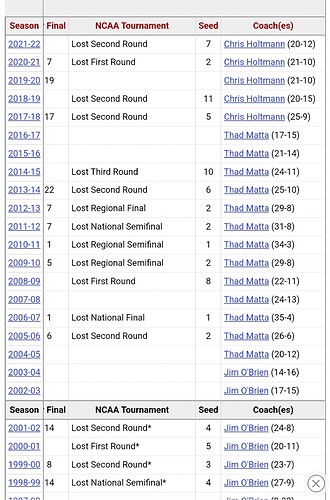 Is that Auburn? Auburn?

Are you kidding me?

But ONCE AGAIN, the incredible model of basketball greatness makes its disproportionate appearance, the Big 10. Maybe by adding 7 schools to the conference they can get 15 teams into the dance that don’t make it out of the first weekend.

UH was considered a elite program back in the day and now considered one again under CKS. Will take a couple of NC’s to be considered a BB. We’re knocking on the door. If you look at Duke before Kryzewski they weren’t considered nothing… Takes one Coach to change things (we had that Coach in Guy V) and for successor coaches to maintain high levels of performance…

I think UConn should be in the 5th tier, “Strong history but fell off”.

We were dormant for a full quarter century. I think our tier is respectable.

San Francisco was Gonzaga before Gonzaga got good. They had a lot of history between 1955 and 1982. Kinda of like us, our history was great yet confined to 1966-84 until recently.

Good to see Texas as a respectable program. We should be in the 2nd tier with Louisville.

Back in the 1950s up to the start of the 1970s, the small private colleges, lots of them Catholic, had awesome hoops. Seton Hall, St. Bonaventure, Fairfield, Niagara, Providence, St. Louis, Drexel, St. Joseph, St. John, Marquette, U San Francisco, and the list goes on.

Basketball kept them in the newspapers and on the maps.

And Bob Lanier on St. Bonaventure.