Where I think we are after UCF

If we lost to UCF, it wouldn’t mean we were underdogs to get into the tourney but winning the game doesn’t make us a lock to get in either. What I believe the game has done was give us room for error.

The two games that are obvious we can lose and still be a favorite to be in the tourney are the Cincy home game and the SMU road games. I believe we get one more loss than those and would still be a lock to get in, regardless of our conference tourney games.

This now means the game coming up against SMU is not a “must win.” If we beat SMU, then we can lose to Temple and still be lock. If we lose to SMU and lose to Temple, then the conference tourney becomes important.

Before anyone gets irate, let me clarify, if we get swept by SMU, lose to Cincy and Temple and then lose in the semi-finals of our conference tourney, I think we have still done enough for the committee to give us a spot. I’d rather the Coogs make it not only impossible to get passed up but maybe squeeze their way into an 8 or 9 seed so they have a 50/50 chance of getting UH it’s first NCAA tourney win since 1984.

i think it’s important for this team to focus on a complete game…the let down that seems to come after a fast start is a troubling trend.
i am wondering if the pregame workout so often discussed by the media as being more intense and longer than typical pregame prep is a factor.
maybe coach is making them expend too much energy. this could also account for the big man foul trouble as tired feet can make for sloppy defense.

Temple on the road is not going to be a picnic…once again, any team in this league can beat another on a given night. We are not good enough to take anyone for granted.
We need to finish strong but more importantly we need to win a game or two in our conference tourney. Losing in the opening round has killed our chances of making the Dance…

SMH. Do you even know what a shootaround is? Emphasis is 100% on the mental preparation, going thru offensive sets and defensive responsibilities, as well as getting comfortable with different surroundings.

All road games are no picnic…especially in conference !!

not according to the announcers who have observed how long and intense the sessions have been. even if you just look at the mental side, mental fatigue could an issue as well.

They were talking about the day before. Those early morning sessions are strictly walk-thrus and shootarounds. I can assure you that they’re not intense workouts. I’ve been to practice and they do some full-court work but there is a great deal of time with one-on-one by position where the players rotate so no one is going all the time. Oh yeah, there’s also signicant time spent on FT shooting where the players still fo the old school shoot 2 and rotate.

They were talking about the day before. Those early morning sessions are strictly walk-thrus and shootarounds. I can assure you that they’re not intense workouts. I’ve been to practice and they do some full-court work but there is a great deal of time with one-on-one by position where the players rotate so no one is going all the time. Oh yeah, there’s also signicant time spent on FT shooting where the players still fo the old school shoot 2 and rotate.

You must not have watched the Cincinnati broadcast. They were discussing the Coogs’ workout earlier that day using the term ‘full practice’ which implies more intensity than a standard shoot-around, which you describe accurately.

I feel sure that CKS wants his team worn down at game time !

they report what they see, and they see many teams …for them to point out that cks is doing something different is meaningful. so yes i stand behind what i said earlier, perhaps the day of game full work out is having an adverse affect.

Well…at least he has only done it 5 times this year !

Maybe that’s why they’re announcing instead of coaching

We’re talking about the same group of guys that took us to a commercial break on Saturday by referring to us as Oklahoma?

I wouldn’t put a whole lot of stock in what the broadcasters are saying.

Good read about where we stand after UCF and what the committee sees. Arkansas isn’t helping the Coogs and dropped from a Q1 to a Q2 win. 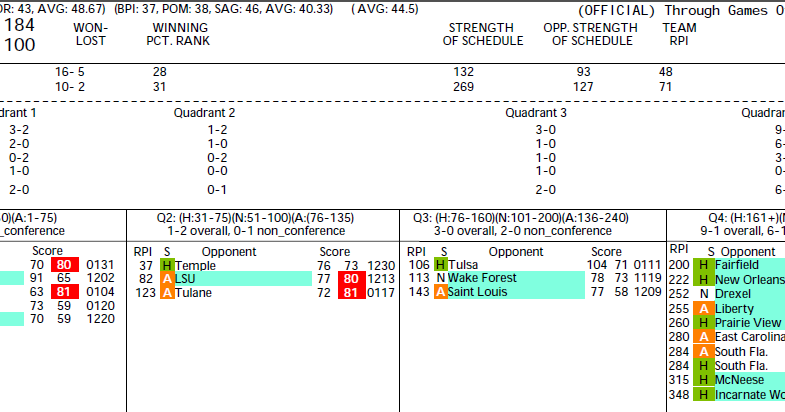 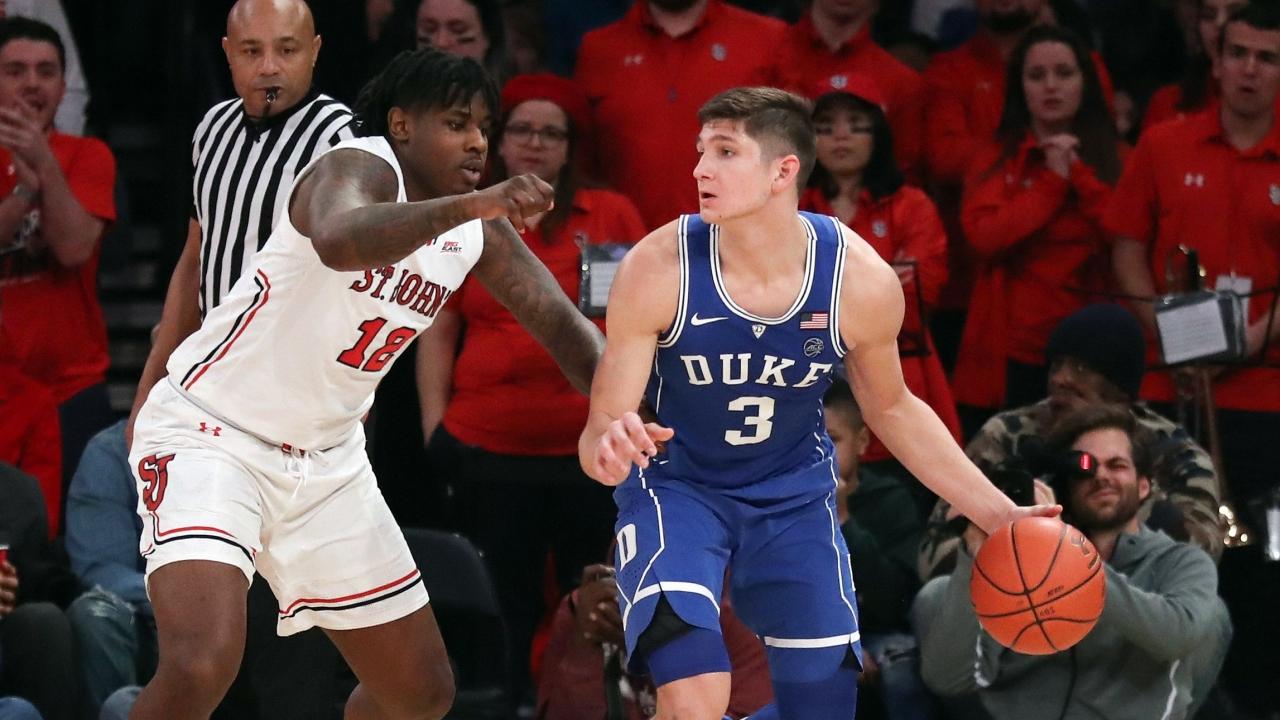 What we learned from the latest topsy-turvy Saturday

As far as college basketball Saturdays go, Feb. 3 was one of the most hectic and unexpected we've seen in quite some time.

Houston: The Cougars win at UCF showed that this team can bounce back and will be a top three team in the American. Lock it in.

I still think we have to win 1 of the SMU or Cincy games. Pulling off the UCF game was big for our resume to stay clean.

At present, we are 17-5. Barring injury, and looking ahead with great optimism, I expect the team to finish no worse than 6-2 the rest of the regular season, which would give us a 23-7 record and good enough for an NCAA invitation. I would not be surprised if we went 7-1 or 8-0.

Of course to finish 8-0, it means we have to beat SMU twice, Cincy at home, Memphis and Temple on the road…a daunting task. But if the cards fall in the right place, a 24-6 or 25-5 regular season record would be the best since Pat Foster and reminiscent of the Guy Lewis era.

Entering into the post-season, if we were to go 3-0 or 2-1 in the AAC tournament with a couple of wins in the NCAA, then we’re looking at an outside possibility of finishing the season with 27-30 wins. The last time a UH basketball team won 27 games was (drum roll please)…Phi Slamma Jamma.

That would be a remarkable outcome. It took Tom Penders six years to get us into the NCAA tournament and Kelvin Sampson would have done it in four years. Also, in Sampson’s sixth year at OU, guess what…he won 27 games.

We are fortunate to have Kelvin Sampson as our HC because I believe he would have been seriously considered as the Houston Rockets HC instead of J.B. Bickerstaff after Kevin McHale was fired. We have an NBA caliber HC to lead the program.

Penders’ 2006 team (IIRC) was either tournament-worthy or at least very close with wins over LSU and Arizona (but a couple of bad road losses shortly after that). When he did get to the tourney, it was not with one of his better teams from what I recall but they did get hot during the conference tourney.

Sampson is 1-3 in AAC Tourney games and 0-2 in NIT games. I hope this is the year we see more post-season success especially in the AAC Tourney. I sure hope UH does not draw UCF in their first game like UConn last year.

I’m still gonna stick to what I called a couple weeks back following the Wichita win…5-3 the rest of the way (with the losses coming vs. Cincy, at Temple and at SMU). However, if the Coogs can win ONE of those THREE and hold serve in their other five, a 23-7 regular season and one win in the AAC tourney gets them in without needing any help, IMO.