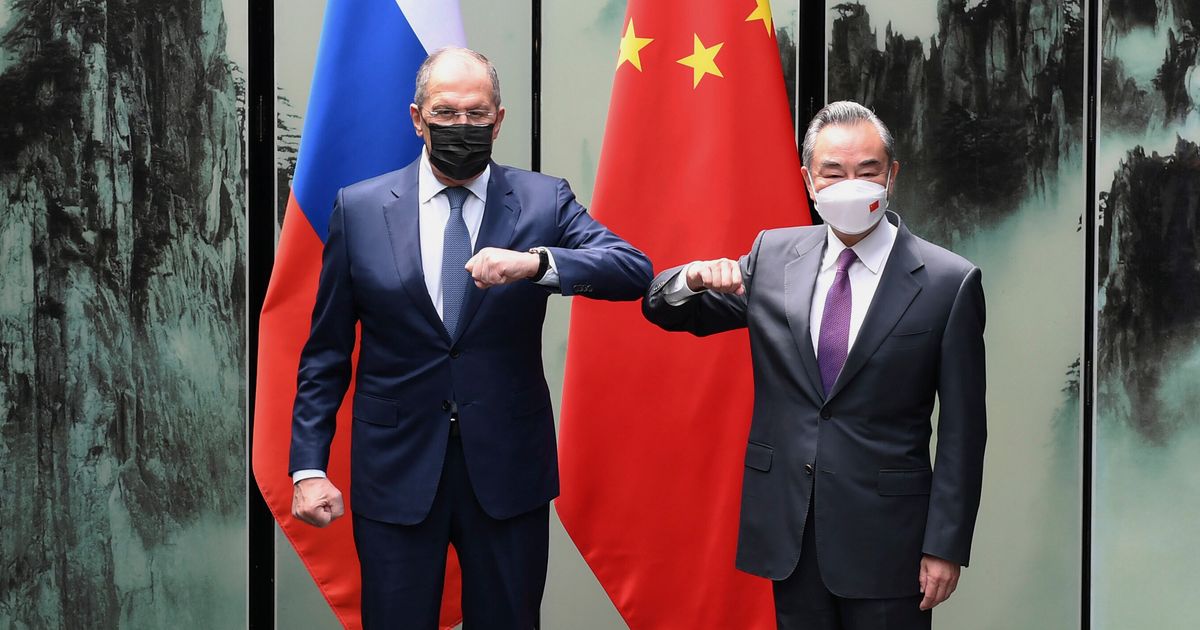 China has not condemned Vladimir Putin's war in Ukraine.

Looks like we’re about to enter a new cold war.

Trump's Tariffs Were Supposed to Ding China, But the U.S. Economy Is Getting...

The 'deadweight' costs of Trump's one-size-fits-all tariff approach is exacting a huge toll on the U.S. economy. 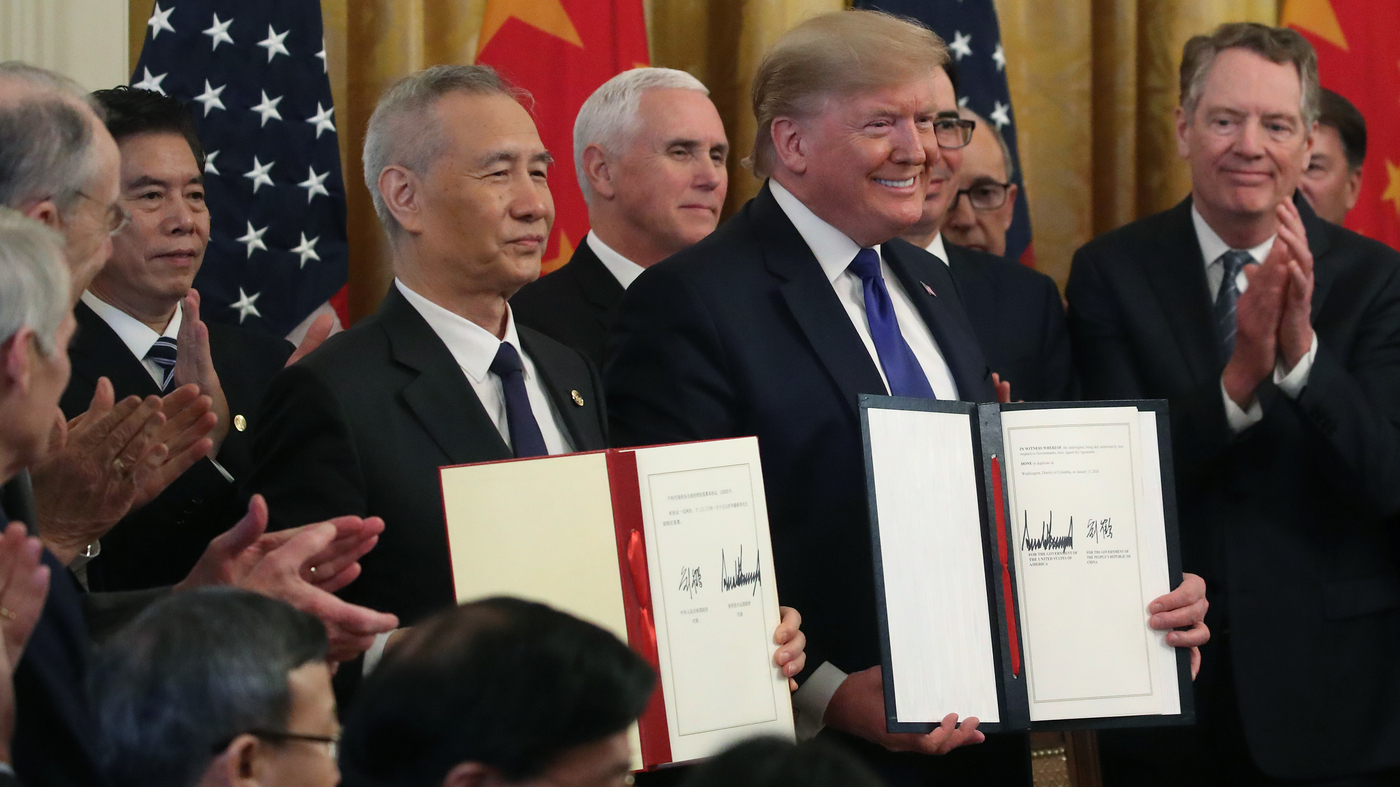 In 2020, President Trump signed a deal with the Chinese government to improve trade relations. China, for the most part, has not followed through.

In the end," Bown says, “China actually bought none of the additional $200 billion of exports that it promised in the agreement.”

But it’s actually worse than that. While China did ramp up its purchases of U.S. agricultural products, when it comes to buying U.S. products and services overall, it still hasn’t even returned to buying the amount of stuff it had bought from America before the trade war began.

Investment by the West in China’s always growing economy plus consumers’ reliance on inexpensive Chinese goods are the culprits. Tariffs, which are targeted to “protect” specific US industries won’t solve it. Long-term problem, no easy answers.

The sooner we wean America off Chinese imports, the better. We should also restrict students from China to our universities.

I totally agree. They are the enemy and we need to wake up to that.

But the american consumer does not want to wean itself off cheaper imported products.

The American consumer demands a lot, and wants to pay very little. Itbis why WalMart has thrived. Walmart even tried to promote made in America and consumers went right by it and grabbed the cheaper brand.

When the choice is no longer there, they will adapt.

So throw the free market system, which is the corner stone of conservative thinking out the window? What next subsidies for American companies to be able to complete on price? Well, that sounds like socialism to me.

You realize the global free market idea was tried before? It took down the British Empire.

That is not what took the British Empire down.

Carnegie did more to take down the Empire than Gandi

So you want the government for MORE protection and subsidies of American companies to reshape American consumers buying habits?

Wait, what if the government just took charge of key industries. And if there was a strong autocratic leaning leader to lead the way.

Someone who could save Americans from themselves.

So throw the free market system, which is the corner stone of conservative thinking out the window? What next subsidies for American companies to be able to complete on price? Well, that sounds like socialism to me.

From https://www.thebalance.com/ - The U.S. government grants subsidies to many industries including oil, agriculture, housing, farm exports, automobiles, and health care .

…but we may need more aparently.

Ask Germany how they feel about globalization right now…

Chinese imports have nothing to do with free markets.
WE, the WEST have been bought out by the chicoms. It started wen clinton was in the white house. Hundreds of Chinese so called businessmen slept at the White House. Shortly after American Businesses/factories started to see major regulations being voted by the left and right.
YOU BET I USE DIRTY PROSTITUTES d.c. POLITICIANS because this is who they are.
We went after Toyota for dumping. The real question is how many politicians are or were involved in this?

This has been their plan the entire time. They have a plan to have this by 2030. What’s funny is that when people bring up the ‘New World Order’ they’re made out to be “conspiracy theorists”. But then you have Biden mention it about a week ago and now this.

This is an interesting source I’ve not looked at before. So I have no initial feel about it’s
bias at this time . It may be slight left lean, just looking at staff and mission statements. The sampling of writing I’ve read however, seems to be absent of the emotionally charged words and phrases typically seen at other sites.

So the question of oil subsidies comes up from time to time on this board.
Would be interesting to hear oil guys comments here on this - ( thinking @rtcoog and others…)

The oil industry subsidies have a long history in the United States. As early as World War I, the government stimulated oil and gas production in order to ensure a domestic supply.

In 1995, Congress established the Deep Water Royalty Relief Act. It allowed oil companies to drill on federal property without paying royalties.15 Ever since, the oil subsidy scene has been on a political yo-yo: 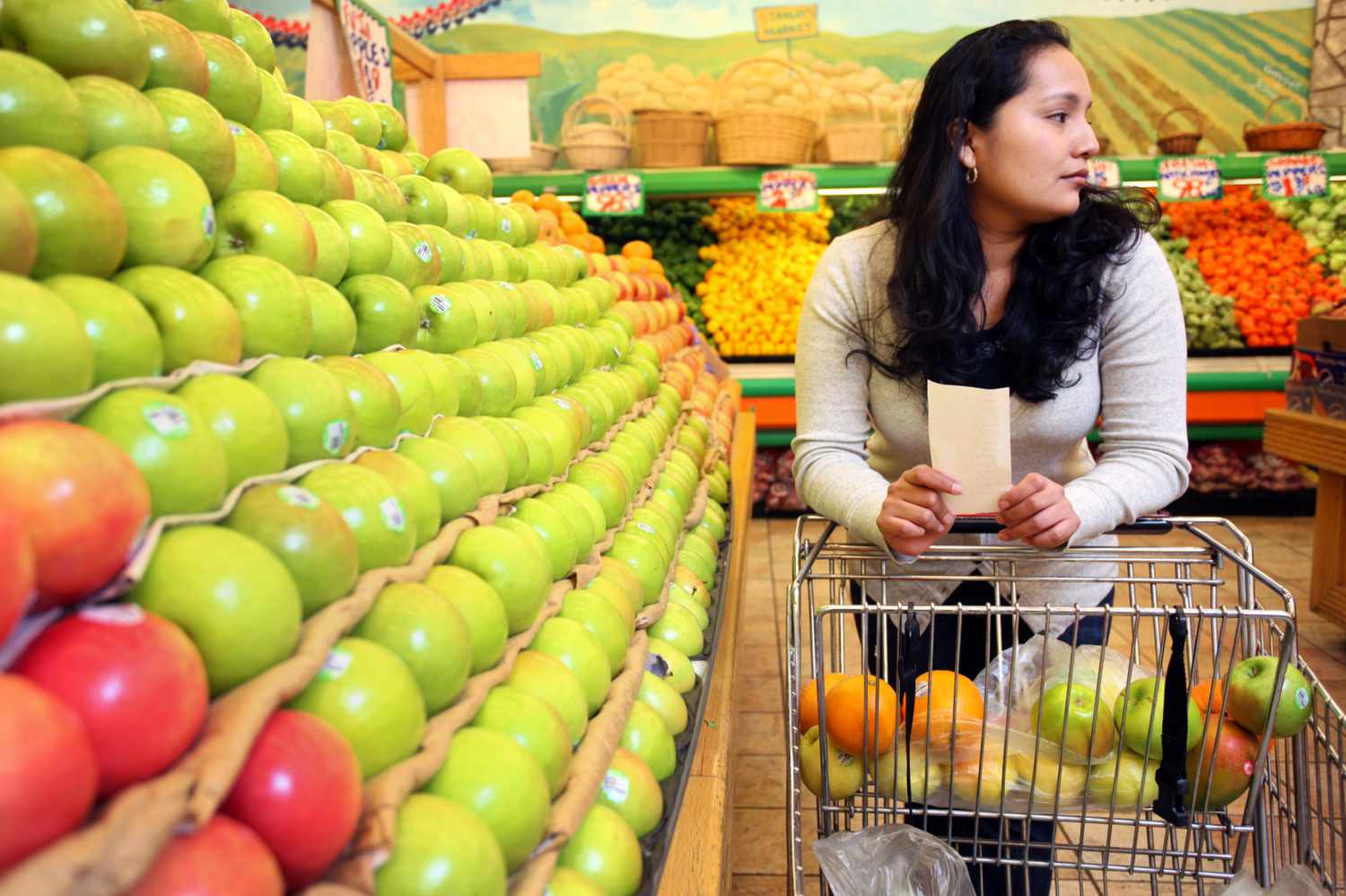 What Are Government Subsidies?

And per this link, it appears many of these subsidies expired a number of years ago. And I not
well versed what is in the current tax codes. If you know, please share.

Pages for logged out editors learn more The United States Deep Water Royalty Relief Act (DWRRA) implemented a royalty-relief program that relieves eligible leases from paying royalties on defined amounts of deep-water petroleum production over Federal Outer Continental Shelf lands. After its expiration in 2000, the DWRRA was redefined and extended to promote continued interest in deep water. The Minerals Management Service (MMS) defines a "deep-water" lease as having a minimum water dep...

This is an interesting source I’ve not looked at before.

If the list came from Fox News, that would’ve been okay, too. The purpose was to show that subsidies are commonplace, not some mysterious weapon aimed at Free Enterprise wielded by commie Greens who control the world banking system through space lasers and blackmailing those attending GOP key-bump parties.