Only way to go is up, blessings on blessings. #newbeginnings https://t.co/mZ5ISkl07d

Houston is the hot-bed for girls' basketball recruiting. Just think about it... North Shore's Chasity Patterson is a Top 5 national prospect, while Cy Ranch's DiDi Richards has signed with national... 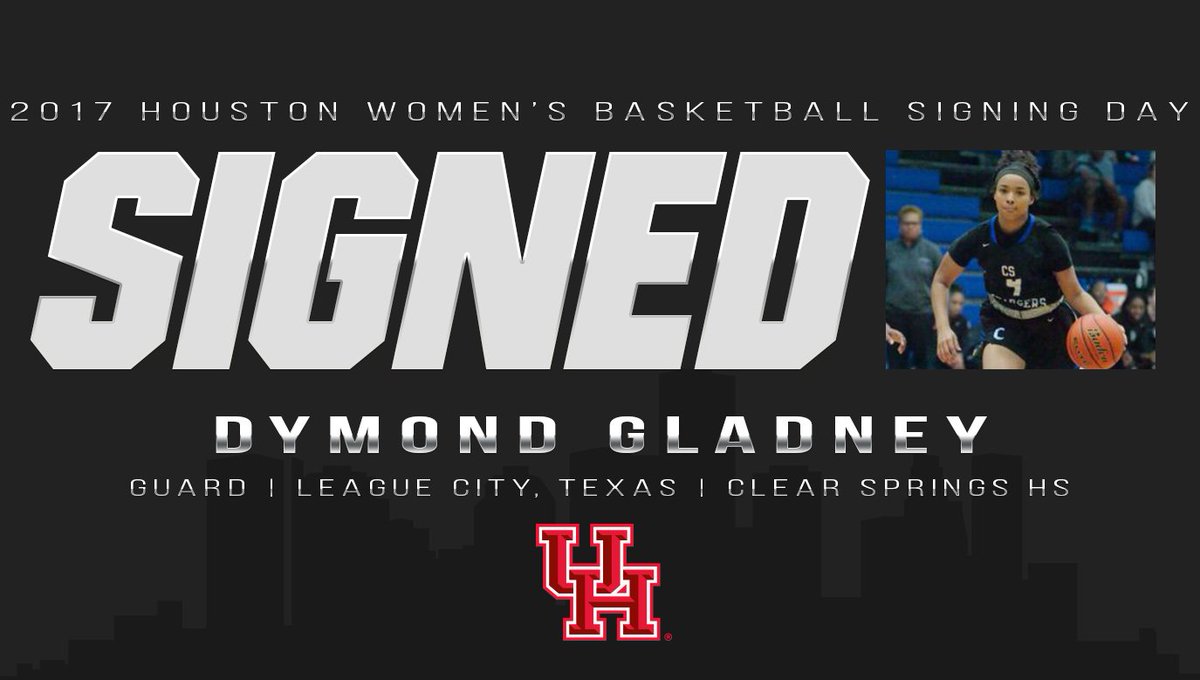 Girls' basketball: Clear Springs' Dymond Gladney is quite the gem

When Dymond Gladney stepped into fill the shoes of Brooke McCarty, they weren't big in the literal sense. Everywhere in the Clear Springs basketball realm, they were. All Gladney had to do was follow in the footsteps of a point guard who has become...

In four years on varsity, she’s averaged less than two turnovers per game while shooting 74 percent from the free throw line.

The University of Houston commit is still honing her repertoire.

Clear Springs senior guard Dymond Gladney was named most valuable player on the all-District 24-6A girls' basketball team recently voted on by the league's coaches. Other winners of top awards were Clear Lake's Lexie Graham and Tara Kessner, the best...

I think after we get the big transfer from Michigan next year, the team is going to be salty.