Baylor spits the bit in recruiting 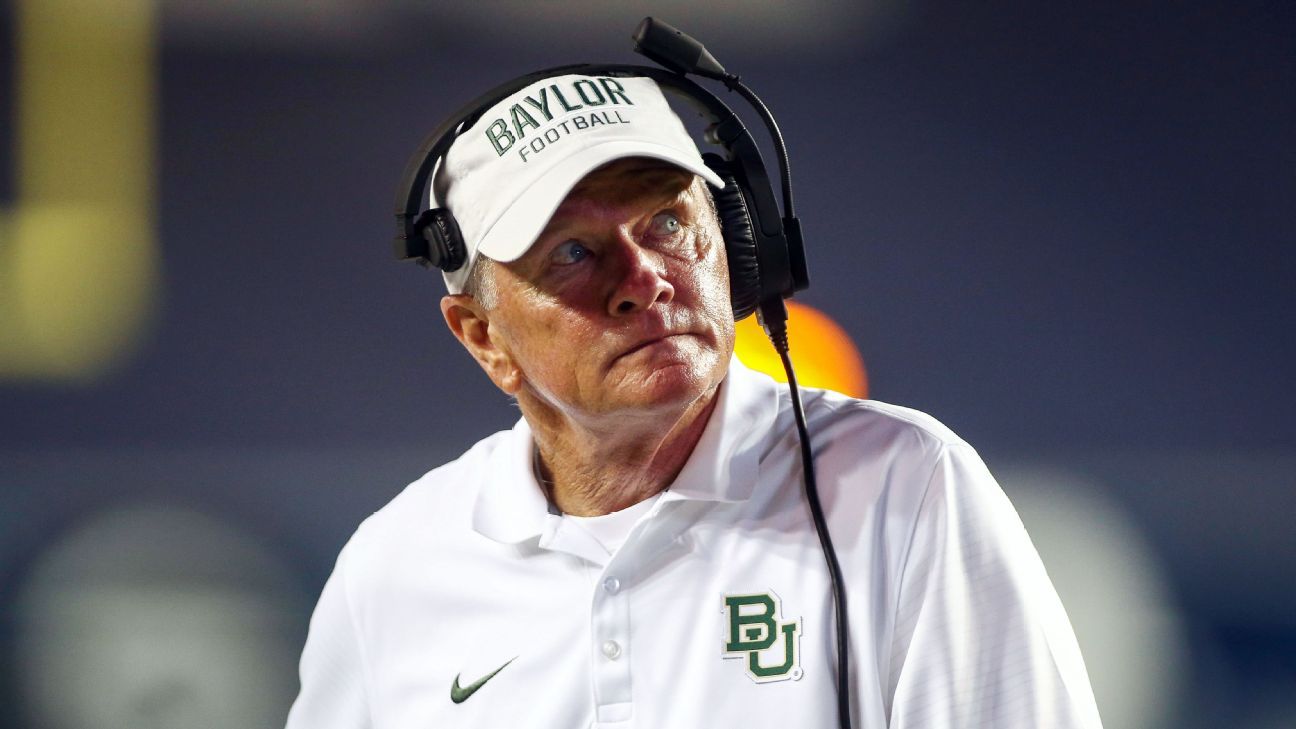 Five months after the firing of Art Briles, Baylor recruiting hardly registers. The lack of energy in the process has brought questions, with few answers.

“I don’t know what they’re doing there, but if you told me they weren’t recruiting at all, I wouldn’t be surprised with what we’re seeing,” the Big 12 assistant said. “One less team to go against is just fine with Big 12 coaches.”

I guess it’s not really hard to figure out.

Grobes especially after today won’t be around much longer.

What’s a cubbies recruiting coach suppose to tell his prospect about the HC. He is a mystery for now. We don’t know who it will be. Forget all the bad news you have been hearing and come and be a part of that good ole Baylor line.

All this falls on MR and his incompetence at hiring football head coaches. Did he really hire CTH or was that our head BofR calling the shots. He does have Levine to his discredit and he left Missouri ahead of being sent out on a rail. How much longer he will be fooling the cubbies on his abilities won’t last very long.

Baylor needs a football HC so what exactly has MR been doing all this time.

Baylor needs a football HC so what exactly has MR been doing all this time.

Probably getting the cold shoulder by every prospect he approaches. How would you like to take over that program, with all the recent events still in everybody’s memory?

And Baylor now needs a lot more new leadership than just in the football program! In fact, it is so bad that they could be forced to shut the program down for a few years simply because they cannot find a new head coach - wouldn’t surprise me!

Regarding MR’s involvement in the hiring of CTH.

MR stacked the contract pages together after he put them in order so they could be stapled together !

I think you guys are selling MR short. He was able to recruit CTH because after going on the cheap with Levine, our administration saw the error in that way of thinking and opened the checkbook up more. MR was working within his budgets with the hires of Dickey and Levine; but he did well with Herman and Sampson. I don’t see why people are so upset with the man, he left us a lot better than he found us.

As for what he will do at Baylor, he will try to find a coach who is willing to sign on to a sinking ship. It is surely not the plum everyone is looking for in career enhancement. And as for recruiting, there are always players available who are looking for a scholarship somewhere, anywhere. And Baylor has a better academic rating that Pelahatcie State.

My guess is they hire Les Miles. He’s specifically said he’s been studying “Baylor” offenses and he’s crazy enough to sign on there.

I would not be surprised.

New coach will be in place within a week after their game at WVU is what the speculation is around Waco.

That Baylor line takes on a whole new meaning.