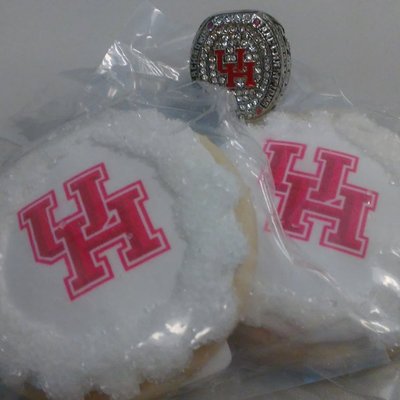 UH.edu site also has it listed under their “Weeks of Welcome” Page. Nothing on the athletics site though.

Now, we just need the hurricanes to stay away this year. Cage Rage, the preseason pep rally that takes Houston Football one day closer to its season opener as part of the University of Houston's Weeks of Welcome, returns Fans attending the event will hear from Houston Football Head Coach Major Applewhite and Vice President for Athletics Chris Pezman prior to receiving a first glimpse of the 2018 intro video.

With both Spirit of Houston and artists to be named later in concert, Houston fans will not want to miss the event that will end at 9:30 p.m. following a fireworks show and UH20 – The Ultimate Soak Down, in what is expected to be the largest water balloon fight in the City of Houston’s history.

Cougar Pride members at the All-American Club Level ($1,000-$2,499) and up are invited to a special Cougar Pride Kickoff Event from 6-7 p.m. in the Cougar Club. Complimentary food provided by BB’s Café as well as a cash bar will be available at the event. Check-in for the event takes place in the Dan and Beth Bellow Club Entrance. Houston rap legends Paul Wall and Lil' Keke will take to the stage for a 45-minute concert as part of Houston Athletics' Cage Rage on Wednesday, Aug. 29, at 7 p.m.

Glad to see they are investing to get the students out.

Who could they add to get the alumni?

Kenny Rogers is a Coog

Islands in the stream

Just a reminder that this is tomorrow

I will for sure be there! Very excited to see how things compare to last year. Cpez is investing big to get the students to come out in mass.

I’ll be there as well.

i got the email for it. do we just show up and they have our names on a list?

If you are talking about the Cougar Pride portion of this event, that’s how it works.

.@UHCougarFB hosted its annual Cage Rage, massive pep rally on campus led by VP/athletics Chris Pezman, #1 safety Garrett Davis & #10 @Edoliver_11. The players did some serious dancing. Chris referred to Rice as the "Krispies" & "When Arizona rolls out here to get their ass beat" https://t.co/00ZkEDMiSZ

One thing is for certain: @Edoliver_11 is going to have fun in his final season with @UHCougarFB https://t.co/eL3sILVzzF

right before we hit the stage. thank you @paulwallbaby and @donke713 for allowing me to be a part of an amazing show...they had the crowd going nutz. #houston #cagerage #uofh ift.tt/2PPsxYk https://t.co/pdZpVJwimx

Cage Rage is just the beginning of the rage in the cage this season... #HTownTakeover https://t.co/A7yZh3EFYE

New this season is the H-Town Declaration, an interactive chant led by Houston celebrities that will take place four minutes prior to kickoff. @Carl_Lewis will lead first chant Sept. 8. https://t.co/Dmi8Ej8cqh

In case you missed us at Cage Rage, we wanted to officially announce this year’s theme Go BIG and Come HOME 🐾 #UHHome18 https://t.co/PlaKw988LG