Great, long profile of the man, his athletic successes, and his current status along with coaching at UH (for free): No wonder ESPN feted Lewis as the 12th-greatest North American athlete of the 20th century, just behind Joe Louis and ahead of Wilt Chamberlain.

As for Olympians, List Dose lauds Lewis as sixth all-time, noting he was given “the title of Sportsman of the Century by the International Olympic Committee, Olympian of the Century by Sports Illustrated, and Athlete of the Year three consecutive years by Track & Field News.”

GiveMeSport.com lifts Lewis all the way to No. 3, behind swimming sultan Michael Phelps and early-1900s high jumper Ray Ewry. 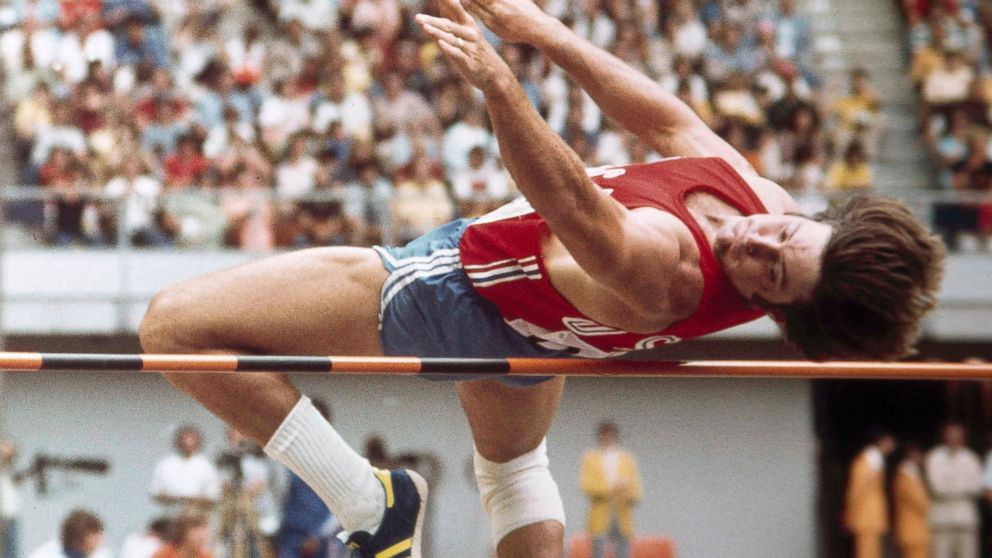 After achieving Summer Olympic Gold, American athletes take their careers in a number of different directions--from reality television to charity work and activism. Here is what a few of the more notable Olympic stars of recent years have done with...

Track and Field athlete Carl Lewis is one of the most decorated American Olympians, with 10 medals in total – nine of them gold. He was named Sports Illustrated’s Olympian of the Century and Sportsman of the Century by the International Olympic Committee (IOC).

At the 1984 Olympics in Los Angeles, Lewis emulated Jesse Owens’ 1936 Berlin performance by winning four gold medal in the 100 meters, the 200 meters, long jump and 4x100 meter relay. He didn’t receive the lucrative endorsement deals he expected after the 1984 games due to a negative image that circulated shortly after. Lewis was drafted as the 208th overall pick in the 1984 NBA draft and as a wide receiver for the Dallas Cowboys in the 12th round in the 1984 NFL draft, although he never played in either league.

After his father died in 1987, Lewis put the gold medal he won for the 100 meters in 1984 in his father’s hand to be buried with him, telling his mother not to worry because he would “get another one,” ESPN reported. In the 1988 Seoul games, Lewis won gold in the 100 meters, after Canadian Ben Johnson tested positive for steroids. He also won gold in the long jump and silver in the 200 meters. Lewis won two gold medals at the 1992 games in Barcelona, in the long jump and the 4x100 meter relay, and he won his final medal in 1996 in Atlanta, receiving the gold medal for the long jump.

The Birmingham, Alabama native is now an assistant track coach at his alma mater, the University of Houston, where he focuses on sprints and jumps and tries develop future Olympians. He is also taking part in an effort to bring the Olympics have to Los Angeles in 2024.

Jim Thorpe, Carl Lewis, Pele. You choose the order, imo they are the best three ATHLETES of all time.
Their longevity at the top is what makes them unique. They also played sports played by millions.
Spitz and Phelps are great too but swimming can’t compare to the sports played by the three mentioned.
Thank you for the info. 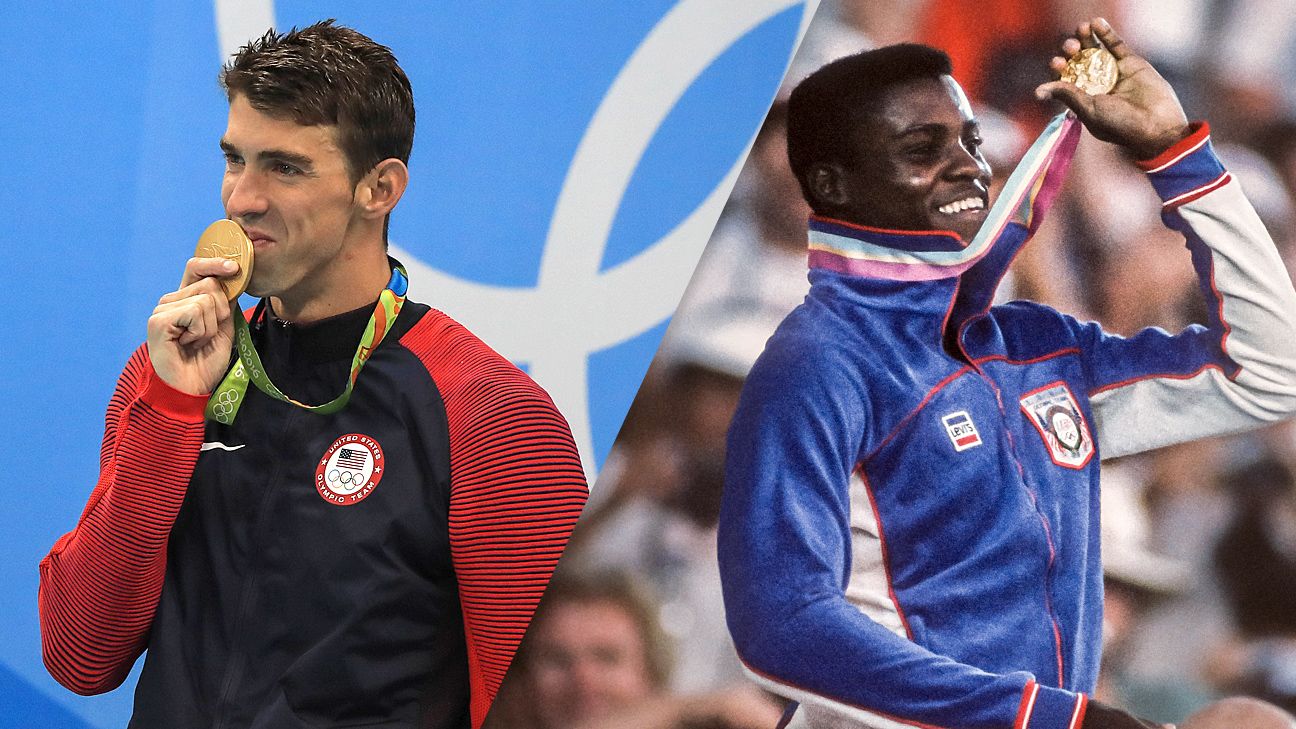 With the U.S. reaching the 1,000-gold medal mark in Summer Games competition, Jim Caple presents his list of the top 10 American Olympic champions. Michael Phelps' ranking might surprise you.

1. Carl Lewis
The International Olympic Committee named him the athlete of the 20th century, and Sports Illustrated named him the Olympian of the century. For good reason. At the 1984 Olympics, Lewis duplicated Owens’ feat of winning four gold medals (100, 200, long jump and 4x100). Lewis won the long jump in four consecutive Olympics, something no one else has done. He won nine gold medals, and 10 medals overall. So how does he end up ahead of Phelps with 16 fewer medals and 13 fewer golds? Well, he competes in a sport where you can’t win that many medals, because track doesn’t have additional events where you run backward or with your arms maneuvering in bizarre ways. You just run and jump as fast and far as you can. And that’s what King Carl did.