Hmmmm…not going to be scheduling California public schools any time soon. If the ban sticks for awhile, I’m guessing hopes of Texas schools, including ours, joining the Pac 12 would be dashed. Something to watch. 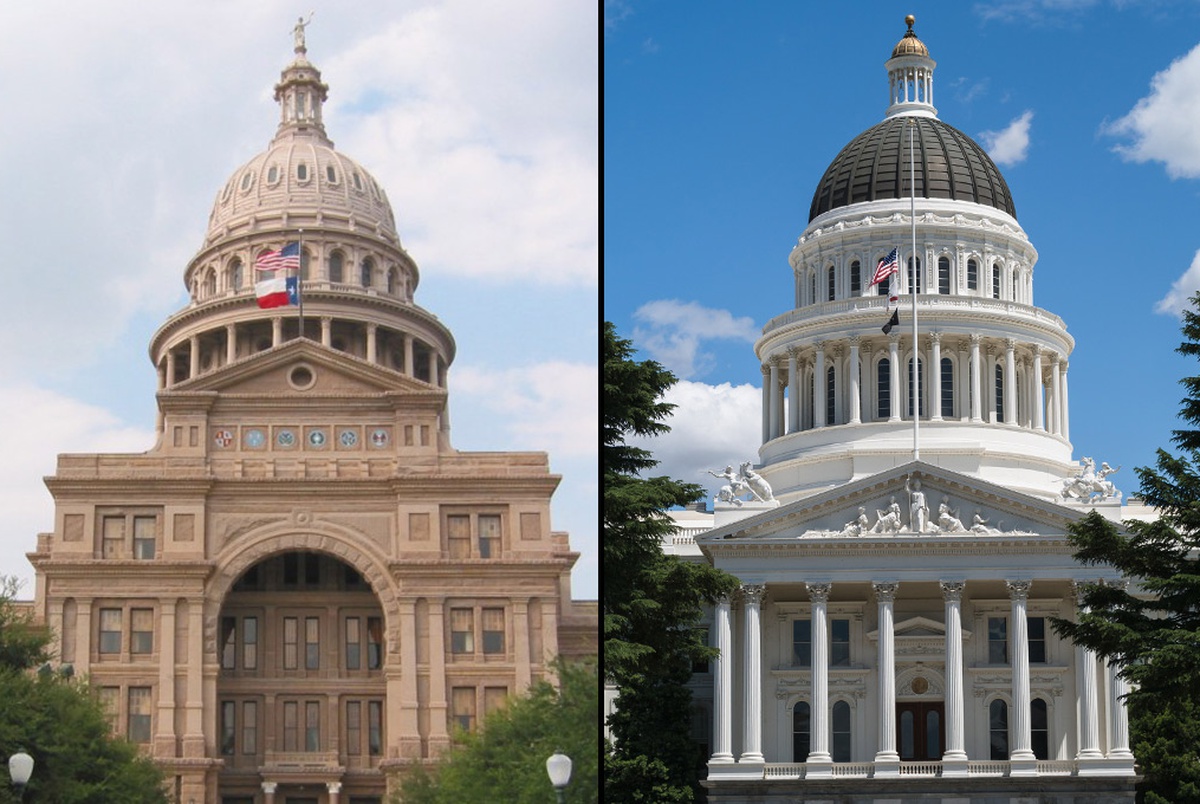 California state agencies, universities and commissions won't be allowed to send their employees to Texas after the California attorney general declared a Texas law discriminatory.

The California law allows for exceptions for contracts that are already in place, and it’s unclear whether the state’s teams would be banned from playing in the Final Four. But the Los Angeles Times reported in February that UCLA has stopped scheduling games against teams in banned states.

The PAC12 needs new members. There is a lot of time between now and a few years from now.
Now here is the reality: 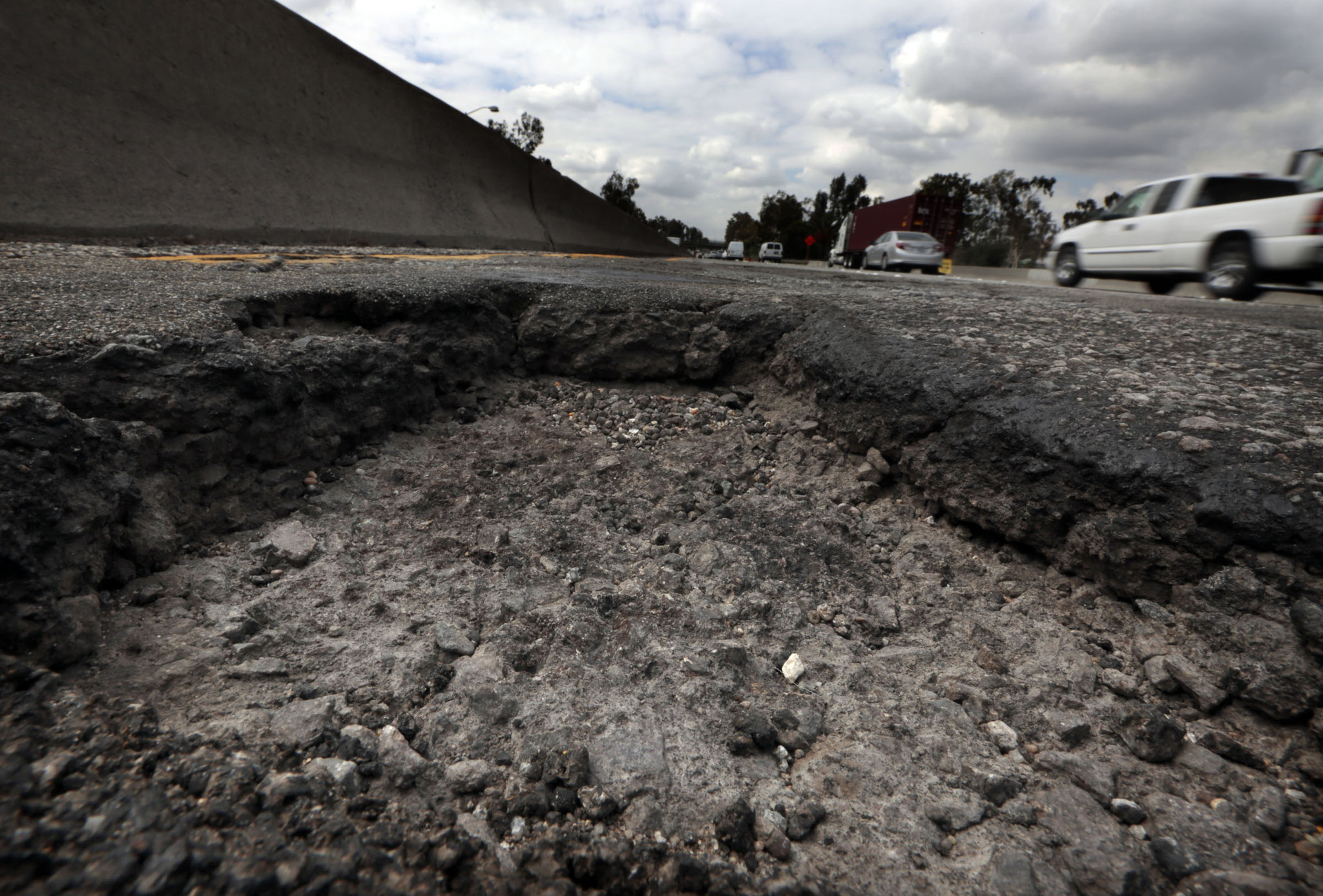 After a week of fierce debate between opposing interests, the state Senate on Thursday approved a proposal to raise gas taxes and vehic...


Keep in mind that California (and the L.A.Times rag) has all of the resources that you could think off. That includes refineries. The reality is that the State is always broke and has to raise new taxes. That means more companies and people will leave or are leaving…hence more taxes.
It is directly linked to college sports. They will have to compromise. The future will tell but I think they have no chance but to expand into Texas.
CougarRed June 23, 2017, 10:24am #3

Who appointed California Cato the Censor, guardian of public morality?

Not trying to be political, but this law makes no sense. What does keeping state employees from visiting on state dime do exactly? In the end, this only hurts your own state for an empty gesture.

Too much of this showmanship right now in American politics, not enough substance.

A look into the possible effects on Cal/UCLA recruiting in light of the California travel ban, based on current rosters. https://t.co/sJeV2beQwe 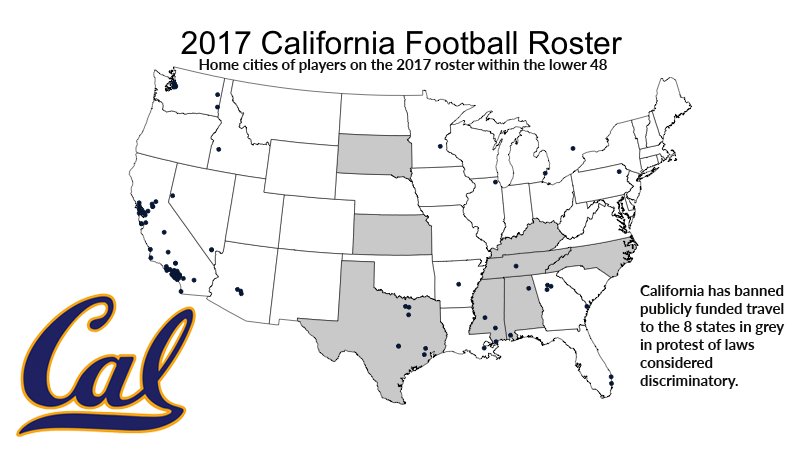 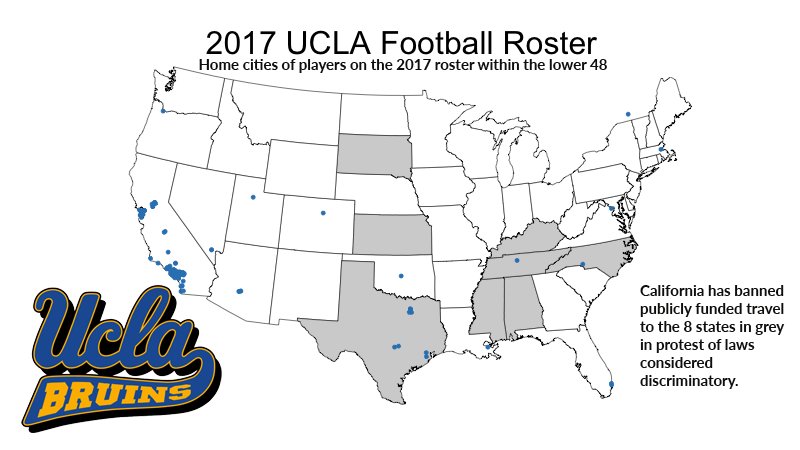 Here are the rosters for Fresno State, SDSU, and SJSU, also affected by the travel ban. https://t.co/IM0qkmDkV2 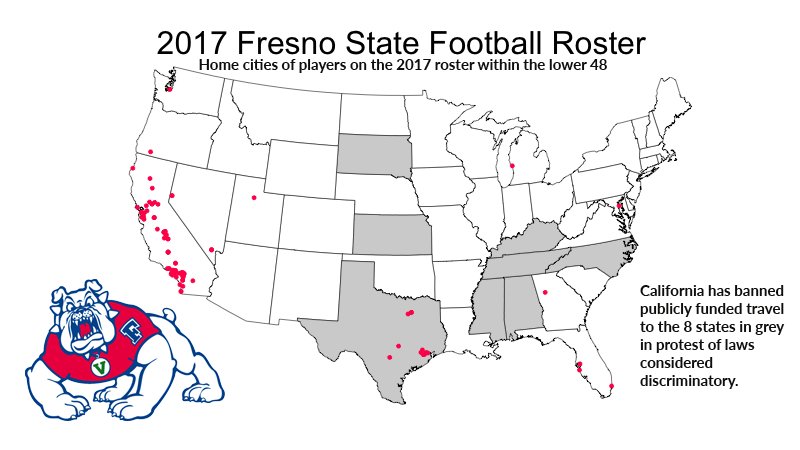 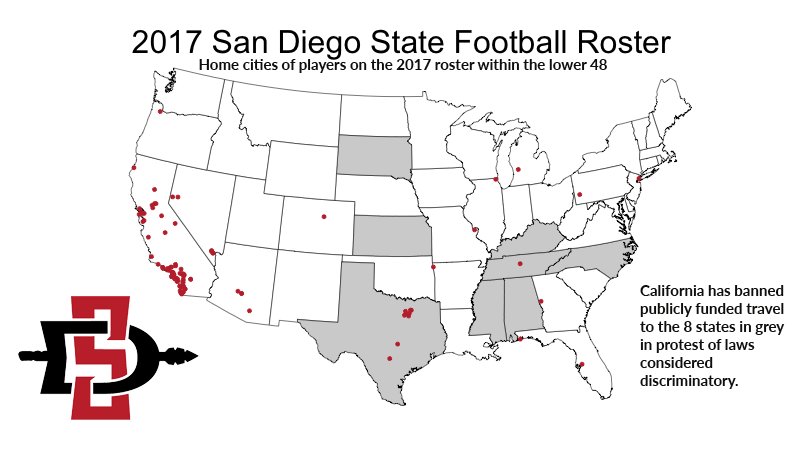 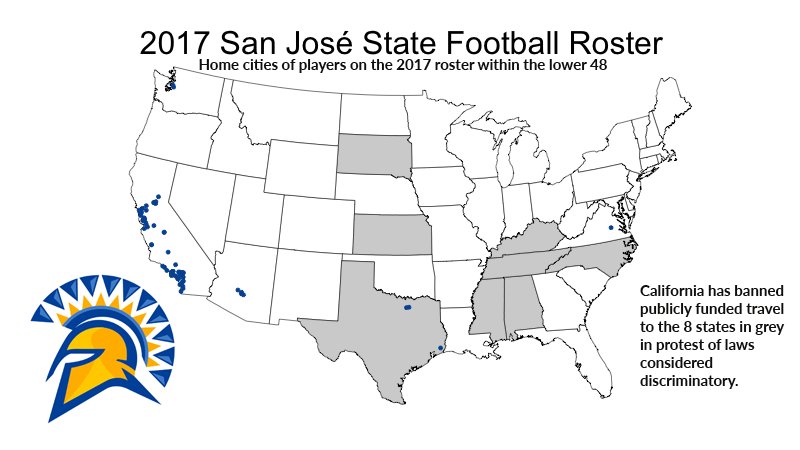 For comparison, here are the Stanford/USC rosters, exempt from the travel ban as private schools. https://t.co/bB84gfKQJb 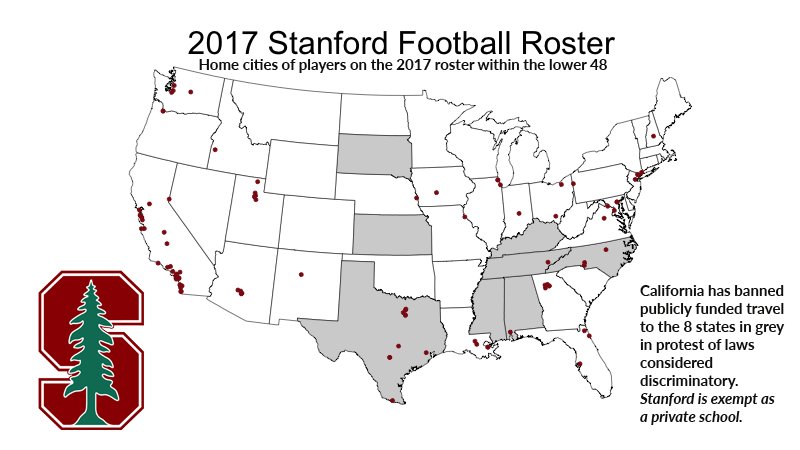 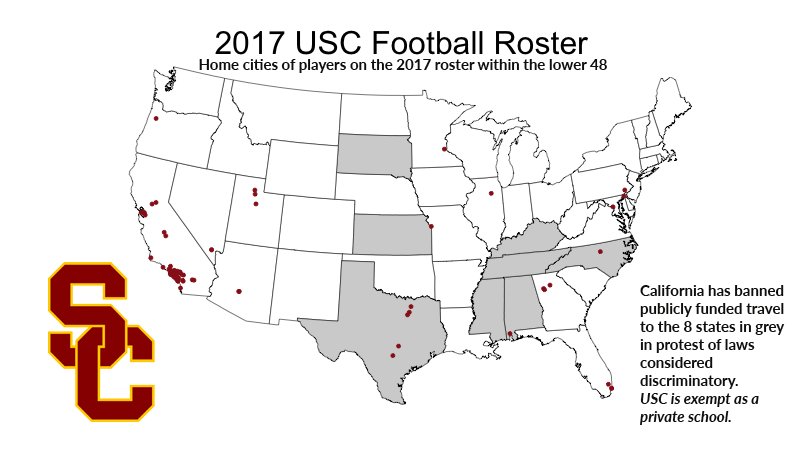 It says employees can’t be reimbursed by their state agencies for travel. Are they enacting the legal status of California college athletes as employees deserving of compensation and union rights? How much money does the state expect to have left after that ship sails, especially with Janet Reno stashing so much UC system cash?

What does keeping state employees from visiting on state dime do exactly?

It prevents Californians’ tax dollars from going to state governments that have morally objectionable laws.

Are they enacting the legal status of California college athletes as employees deserving of compensation and union rights?

Why would they have to do that? The coaches are already employees, and they’re the ones making the decisions.

It prevents Californians’ tax dollars from going to state governments that have morally objectionable laws.

Ah, forgot about the tax on those visits. Makes more sense now.

The politicians running Texas and California continue to prove that they want nothing to do with each other. But athletes in the two states are inextricably linked.

It’s possible, however, that all the worries could be moot. The California attorney general’s office is currently considering issuing its formal legal opinion about whether the ban applies to the coaches in the University of California and California State University systems. A spokesperson for the office said they plan “to provide guidance on this general issue soon.”

Like much of California legislation, it’s an unintended consequence that it creates the opportunity to sue for such status, as has been tried elsewhere. If the state refuses to cover athletes’ official travel under the same principle as employees, then they must be implying equal status, and should give them all that entails. Professors from California public universities couldn’t receive financial support from their universities for the Association of the Study of Higher Education November conference in Houston, when academics will discuss topics including teaching and...

Does California still reimburse for trips to China and Saudi Arabia?

Keep in mind that the UC system was a huge supporter of the first amendment…that was in the 60’s.
In 2017 they have completely reversed the course. Should States boycott other States if they do not protect the first amendment? California has turned into a “real” version of the mad, mad World. The most beautiful State but the worst run State.