Cougars Beat Vermont at the Buzzer, 72-71

Cougars Beat Vermont at the Buzzer, 72-71

Cougars Beat Vermont at the Buzzer

Junior forward Devin Davis banked in a layup as time expired to lift the University of Houston Men's Basketball program to a 72-71 win over Vermont in the Gulf Coast Showcase championship game on Wednesday evening inside Germain Arena.

MVP #21SAVAGE!! S/o to the squad none of this is capable without them. We on the way back with the Championship #FORTHECITY.. 🤘🏾🤘🏾🏀 https://t.co/k2NJQXgNpW 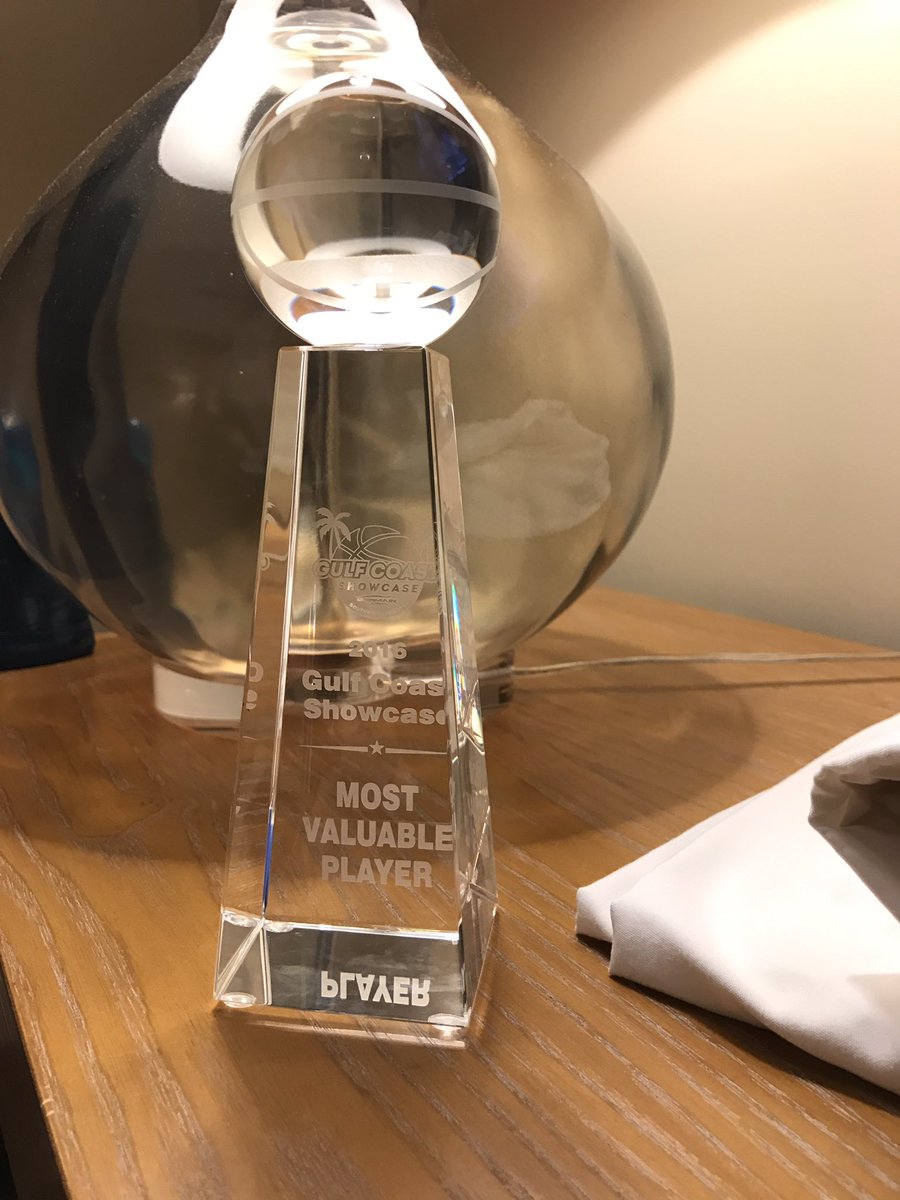 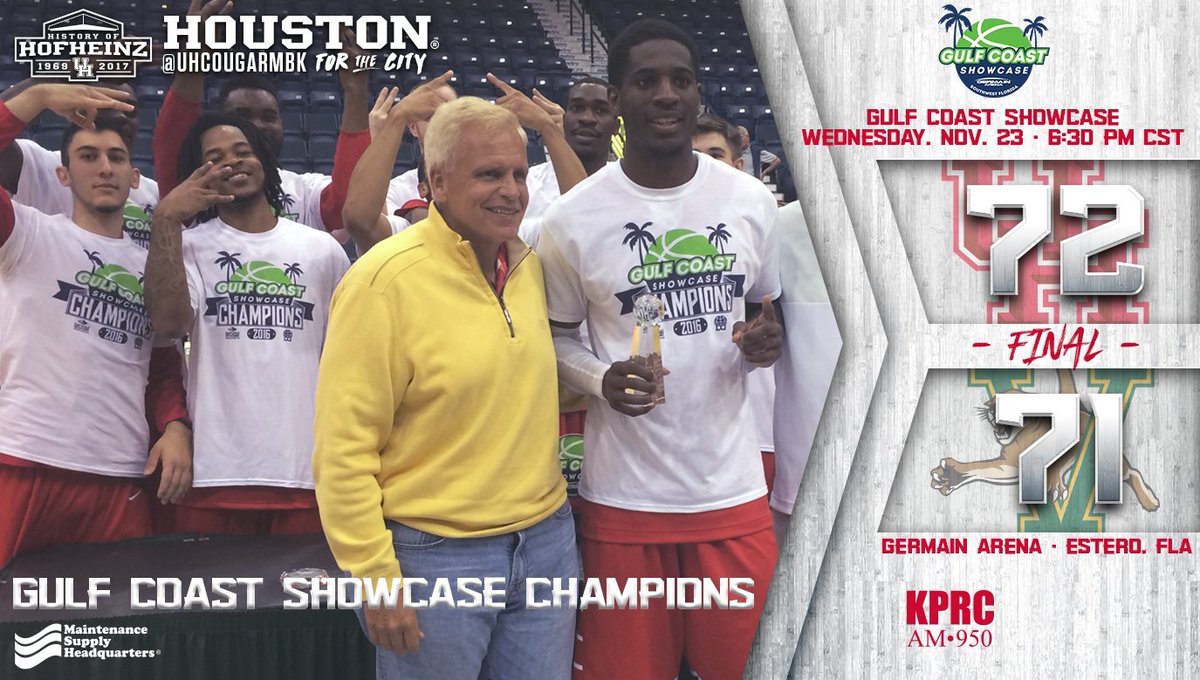 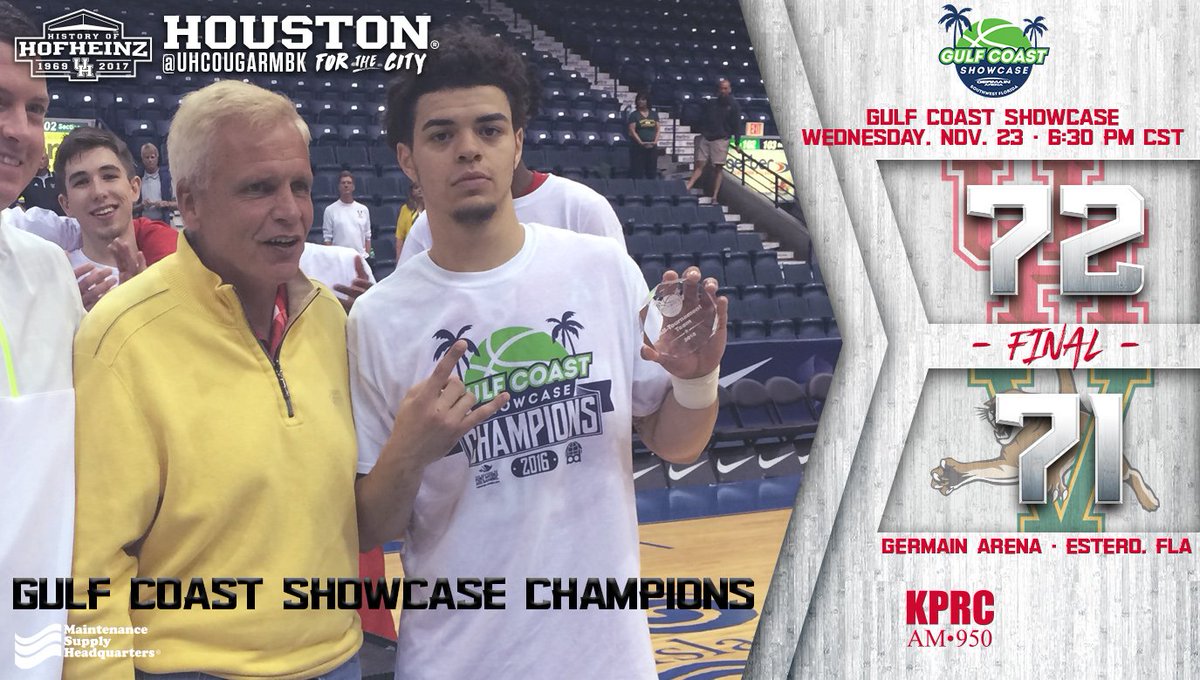 Not to overlook Cornell (1-4 on the season) on Saturday, but next week begins an important stretch for the Cougars:

Honestly, coming out of that 4 game stretch 3-1 would be great and show that we are for real. 2-2 probably marks us as a bubble team come Tourney time.

I’ve seen Rhode Island against Duke and they’re big time! Even though they lost to Duke, they are a solid team. Only reason they lost against Duke is because they started to play a lot of one on one instead of playing as a team on offense. Arkansas has a pretty good team as well. And LSU is ok, but they will be a challenge at their home.

Great win vs Vermont. Announcers think they (Vermont) have a shot at the NCAA’s this year. UH was playing their 3rd game in three days and Vermont brought their A game in a neutral court. Plus, Vermont has size up front and can rebound well. Nice win for the Coogs!

Vermont is the favorite in their conference and ESPN has them projected for a 14 seed this week so they aren’t bad. Nice win as they just hit their shots as CKS said; wasn’t bad D.

I think we beat LSU, Arkansas will be dicey, and Rhode Island could go either way. Need a big crowd for that one; hope we get it.

Another video of the final shot

Someone needs to show Rob how to properly do the Go Coogs hand sign.

He tends to go with the Houston sign a lot.