Deeper and Deeper at Rape U

The Full article on KHOU today May 17. Below is just first paragraph.
Lawsuit - Baylor volleyball player gang raped by up to 8 football players

Another civil lawsuit was filed against Baylor Tuesday by a former volleyball player, who claims she was the victim of a brutal gang rape that the University failed to address.
The victim said she was raped by as many as eight Baylor football players on Feb. 11, 2012. That was approximately a month before two more female Baylor students were allegedly gang raped by football players, as has previously been reported.
According to the new lawsuit, the plaintiff was repeatedly harassed by football players as late as May 2013. In July, her mother met with an assistant football coach at a Waco restaurant, where the mother provided a list of players allegedly involved in the gang rape, according to the lawsuit

The link below is another article. 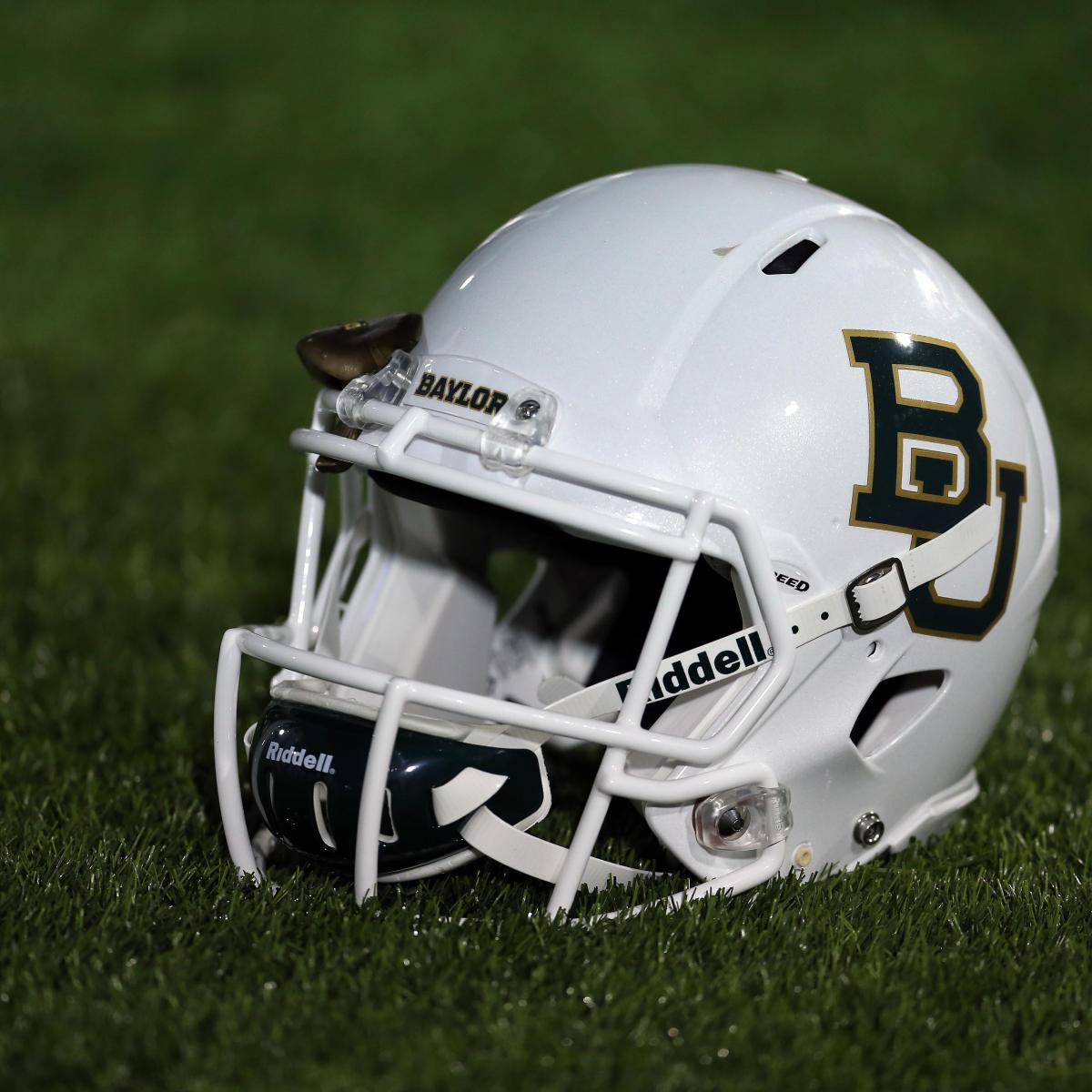 A former Baylor volleyball player who said she was gang-raped by Baylor football players filed a Title IX lawsuit against the school Wednesday. According to ESPN...

Wow!!! It’s actually worse than we all thought, and I thought it was bad. They’re defiantly going to make a documentary about this. Sad situation for the victims.

Shut that damned program down. What’s it take to get the Death Penalty if this isn’t enough?

College Football is pathetic when it comes to punishing among P5 programs and segregation against G5 schools.

When is the NCAA going to do something about this?

The NCAA has already said that they will not get involved with this.

Unfortunately, unfortunately YOU ARE RIGHT. All of these despicable scandals come back to the ncaa. The fact that the ncaa does not do anything major against the likes of Baylor, penn state or NC speaks volume for who they really are. They are a disgrace and until the feds get into the middle of it nothing will happen. As we all know this is not new.

Meanwhile, Baylor has the 12th ranked football recruiting class in the country for 2018. I have no words for how upset this makes me. There is zero accountability.

Unfortunately, unfortunately YOU ARE RIGHT. All of these despicable scandals come back to the ncaa. The fact that the ncaa does not do anything major against the likes of Baylor, penn state or NC speaks volume for who they really are. They are a disgrace and until the feds get into the middle of it nothing will happen. As we all know this is not new.

The NCAA is at the whims of the schools that are members. The NCAA won’t get involved in this one because they got burned badly when they tried to step in during the Penn State scandals. If the schools don’t want to make a rule regarding this type of behavior, there isn’t much that the NCAA can do.

We all joke about it (oh USC is in trouble, SDSU is about to lose some scholarships), but the NCAA was never set up to punish the big boys because it was setup by the big boys in order to keep the others in line and keep the big boys on top. We all lived through (or heard about) the years when UT was ratting out everyone else in the SWC even though they were just as bad. The issue though is that it was always the big boys skirting the laws, but times have changed and the media isn’t as friendly to them so their transgressions are getting more publicity. So now USC, UNC, Miami, Ohio State, etc are getting in trouble and those schools don’t really like it so they undermine the NCAA instead. The NCAA really has no leg to stand on without the support of the schools and the smaller schools don’t want to upset the big boys that bring in all the money (hence, why we have a P5 now).

The only real option the NCAA has is to see if there are recruiting issues, which they may be able to find if they can get someone to testify to them. Problem is, without subpoena power, they can’t really do anything if the witness doesn’t want to and we’ve already seen with Baylor that they have no intention of releasing anything that would put them in that position.

The DOE is the best option to step in and pull Baylor’s certification. More than likely, though, they’ll just put them on probation (which could hurt a little) and Baylor will cover it up enough to come off probation as soon as possible. They’ll probably also get dinged for Title IX violations, but that’s just money and Baylor has a ton of that.

In the end, UT and OU leaving the Big 12 behind would cause the most damage to Baylor.

Edit to add: Here’s an Andy Staples article that basically explains the problem with the NCAA in this case:

Why the NCAA isn't going to punish Baylor

Despite harrowing allegations of sexual assault by Baylor football players, the NCAA won't do anything. It's every school's fault why.


But the leaders of the schools chose not to give the NCAA that power. Why? Perhaps they didn’t want the NCAA’s occasionally inept enforcement department messing around in cases far more important in the grand scheme than whether a coach made too many phone calls to a recruit. Perhaps they felt the existing state and federal laws were enough. Perhaps they feared the next scandal would pop up at their school and didn’t want to give the NCAA the option to gut a cash cow football program.
Imago13 (Ben B) May 18, 2017, 12:52pm #11

Penn State had one incident so it was really a personal criminal offense.
Baylor has a series of rapes by multiple members of the team and it was covered up. That falls under lack of institutional control and they should be banned from play.

Penn State had one incident so it was really a personal criminal offense.

Baylor has a series of rapes by multiple members of the team and it was covered up. That falls under lack of institutional control and they should be banned from play.

Umm, Penn St had a series of rapes too. That were covered up at the highest level.

It was just one monster instead of a team of monsters.

Baylor did the right thing in firing Art Briles and hiring the coach from Temple, who will help bring respect to the program.
No doubt recruits are buying into the new staff because recruiting has been super…All the rapes and allegations will be handled in the courts, not by the NCAA…

Seems like our state legislators should be looking into cutting any state funds provided to Baylor if these allegations are proven. There is more than one way to skin a rat…

Those who can do the most with the fastest results are the ones doing nothing.

FOX News host Bill O’ Reilly was accused of sexual harassment and payoffs.The advertisers immediately pulled ads for contract violations. If they had not the women rights groups would have protested and would have started campaigns against buying these advertisers products and services.

Where are the NIKE, GEICO, All State, Budweiser, UPS, Miller Lite, etc, who have billions invested in advertising on ESPN/FOX/NBC,CBS,ABC, etc. NCAA sports.They are silent.

Nike has a contract directly with Baylor, paying them millions over the life of the contract so that they can wear their “swoosh” and uniforms that are given to Baylor. Nike is the most amazing “silent” investor in Baylor athletics since they have had for some time an advertising campaign supporting “women’s athletics”. How ironic that “women athletes” at Baylor were among the rape victims. But this season NIKE will expect both the men and women at Baylor to proudly wear the “swoosh”, especially on TV.

The advertisers cared about having FOX remove Bill O’Reilly, Those who are heavily invested in the NCAA, BIG12 and Baylor wants this to go away. They only want their ads to be seen by as many viewers as possible when Baylor plays of TV.

If they wanted justice for the victims, if they cared about the precedence set by Baylor and “the win at all cost” example set by the athletic dept., Baylor would not be in the BIG12 today. The BIG12, ESPN, NBC, CBS, and all other broadcasters of BIG12 FB/BB/etc. would see these companies cancelling their ads just like FOX did.

But their inaction speaks clearly on their position toward Baylor athletics.
It is not the NCAA nor the BIG12 that has the most power here, it is those paying the most money. If the advertisers say they want to void existing contracts due to “small print” violations in existing contracts in regards to Baylor, this will happen.
Unfortunately having a Bill O’Reilly removed for possible sexual harassment and payoffs is way more important to advertisers than having Baylor FB, BB, etc. removed from TV because of rape, gang rape, etc.

lol ain’t nothing gonna happen. baylor just ran a train on all women.

Do whatever you want at Baylor, commit any crime, there’s no consequences. No wonder their recruiting is amazing.

Basically how Baylor has operated since the dawn of time. One of the dirtiest athletic programs of all-time, but the money covers it all up.

There is a reddit thread currently discussing the idea that the big 12 has the power to remove Baylor from the conference. Do y’all think that is a viable possibility?

As more details emerge in the Baylor sexual-assault scandal, it could become clear that the school did not adhere to Big 12 bylaws. That would allow the conference to expel Baylor and look for a new member if it chooses.