Not much news over the weekend regarding expansion as everyone seems to be trying to guess at what’s going on. Could mean that this is about to wrap up as things usually get quieter the closer the news is about to break:

Williams is a Cincy guy, Russo is a national guy with the AP and was commenting on Williams’s news and Chi is out of San Francisco. Probably nothing, but it was getting passed around out there:

My last tweet obviously based on scenario of adding two, not four. Two more likely, four not out of picture. I have no timetable to report. 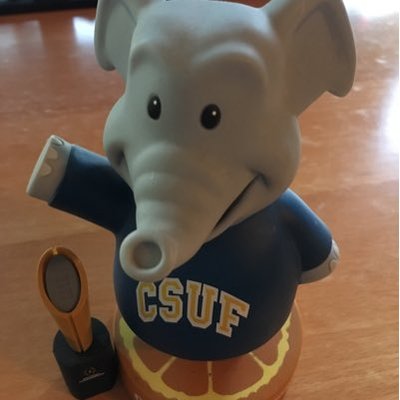 Cowlishaw: One problem that the Big 12 would have by opening expansion to just...

Columnist Tim Cowlishaw recently held a chat to talk all things D-FW sports. Here are some highlights:Question: Are you for Big 12 expansion and if...

Question: Houston, future Big 12 member, checks in at No. 13 in Amway Coaches Poll that was just released. You giving the Coogs a shot at beating OU in Week 1??
Cowlishaw: Definitely. Week One, you see some upsets and I’m not even sure how much of an upset this would be. But Sooners have Mayfield and those running backs so it’s going to be difficult but by no means impossible. Is OU’s defense ready to handle everything that UH attack brings? Will be interesting game.

This gets included because, as I said, its a slow news day. If you like the Bachelor and Big 12 Expansion, you’ll love this: Big 12 Expansion Efforts Resemble Reality Television – Why Is the Big 12...

There are a few things that bring me pride.  Raising three beautiful sons. Graduating from law school. Making the occasional difference in my community.  However, being a grown man and al…

Forgot this one the other day: 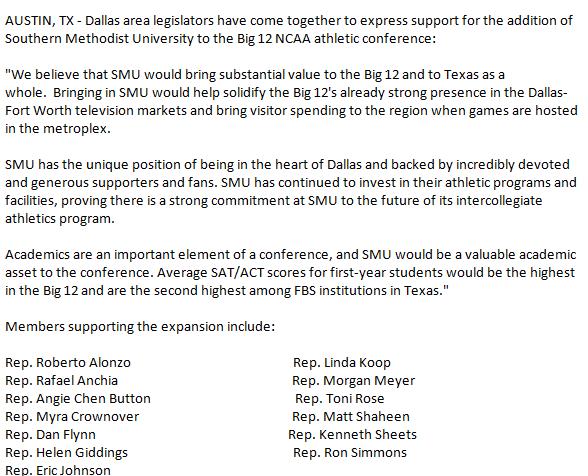 If the Big 12 follows through on its talk of expanding by two to four teams, it could set off another round of conference musical chairs and create upward mobility opportunities for both Western Kentucky and Eastern Kentucky

The University of Houston, buoyed by the political support of Texas Gov. Greg Abbott and high-ranking officials at the University of Texas, is the leading candidate to join the Big 12. In the next tier are Brigham Young (national following thanks to its affiliation with the Church of Jesus Christ of Latter-Day Saints) and Cincinnati (in a good TV market and a potential geographical partner for current Big 12 member West Virginia).

If the argument to only go with two additions then …

Only guessing but the Big12 members maybe unhappy with ESPN calling the shots and riding roughshod over them especially going back on their contract.

Again I suspect the horns are not going to back down come hell or high water … its UH plus Cincy or BYU or no expansion OR go to four.