Did Houston hurt itself by dominating OU or will the Big 12 be forced to take them? Also, T. Boone favors UH and…SMU

And Memphis fans can’t understand why they didn’t even make the final cut. 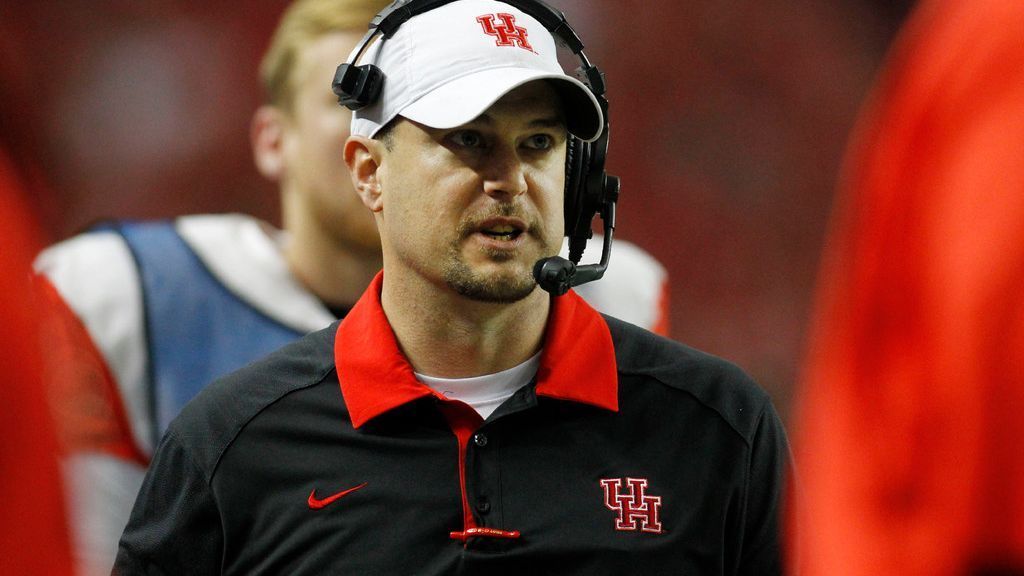 Houston AD: Herman gets $5M if we go Power 5

“We want him to be our coach for the very long term,” Yurachek said. “It was a special memo between Coach Herman and myself. It’s not officially in his contract, but I’d be glad to share it with you. It is legally binding. It’s a memo from myself to coach Herman. The university will honor that. It’s got my signature and his signature as employees of the University of Houston.”

Why Houston’s win over Oklahoma could hurt its Big 12 bid
The Cougars might be too good for their own good. 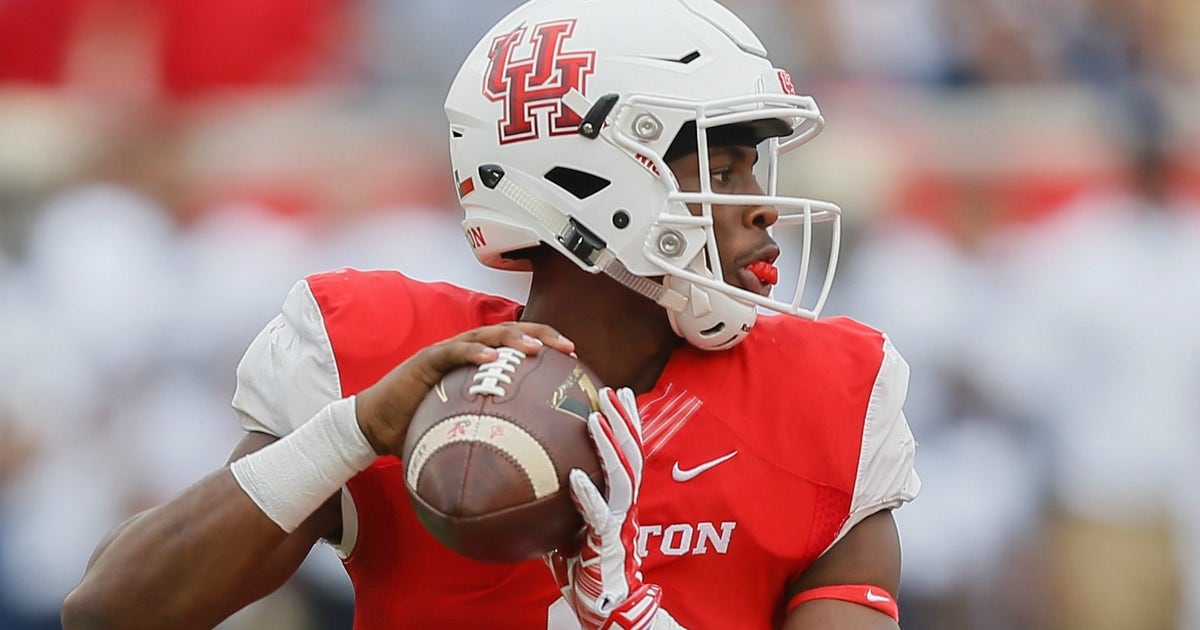 Why Houston's win over Oklahoma could hurt its Big 12 bid

The Cougars might be too good for their own good.

Houston should be a shoo-in — it’d help keep the flag planted against an infringing SEC sentiment in the Houston market, it’d bring arguably the best-run Group of Five athletic department into the fold and it’d add a legitimate playoff contender to the mix.

But when there’s money, there’s pettiness, and while Houston should ultimately get in, Saturday’s win might just make it harder for the Cougars to join the Big 12. 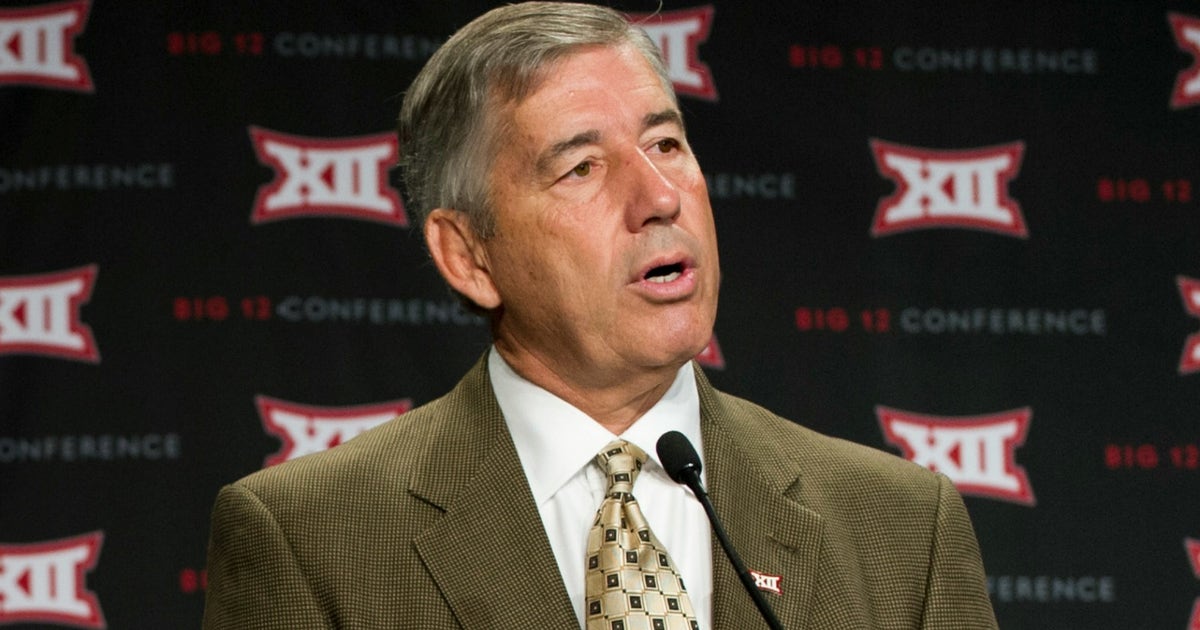 Bowlsby and American Athletic Conference Commissioner Mike Aresco attended a dinner held by game organizers on Friday night. Aresco and Bowlsby said they did not discuss expansion at the dinner.

“Prior to that he did say he would try to give me a heads up on timetable and how many teams they might be ultimately looking at,” Aresco said.

Aresco said he has heard from some members of his conference that are involved in the process, but that he has promised those schools confidentiality. 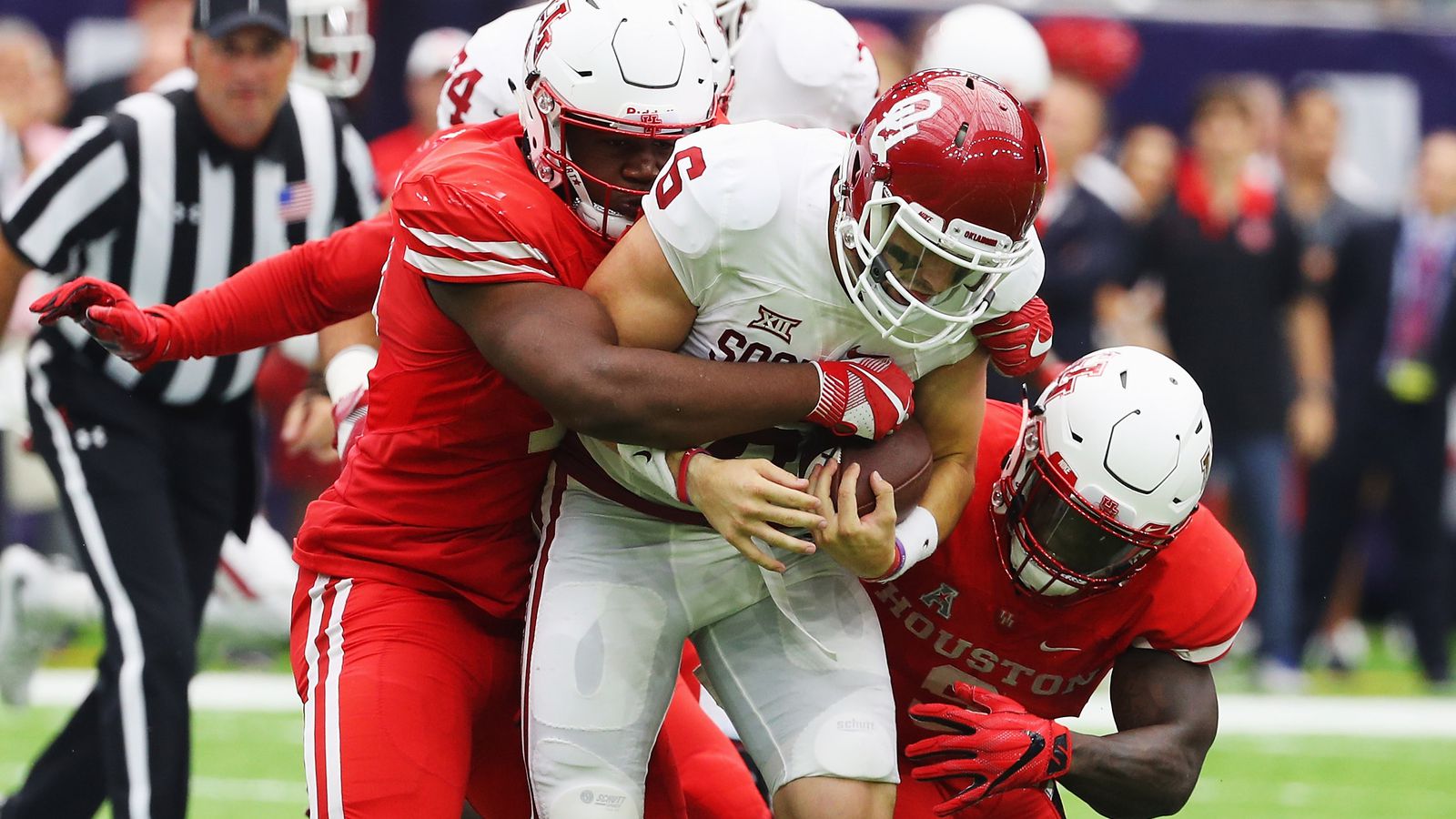 3. When you hear Big 12 coaches saying they don’t want to add Houston, that strikes the ear a certain way, doesn’t it? Even if they’re making a fair case, it calls to mind a claim made by a UH megabooster to CBS Sports: “That’s kind of disappointing that Texas with their big budget fears the University of Houston. For other schools in the Big 12 to keep them out because they’re scared of them, men need to be men.”

Is Houston too good for its own good?
http://www.latimes.com/sports/more/la-sp-college-football-spotlight-20160903-snap-story.html

But the coach might have cost himself millions, or at least delayed the payment.

“If I had my choices, the two I would prefer would be Houston and SMU,” Pickens said. “I’d rather take a Texas team over BYU and Cincinnati. I’m an Oklahoma guy living in Texas. You know that. But I’ve lived in Texas longer than I have in Oklahoma. I do live in Dallas, and I have a granddaughter on the equestrian team at SMU. My daughter graduated from SMU

Mitt Romney backs BYU to Big 12; some think Houston gets in with OU win http://www.kansascity.com/sports/spt-columns-blogs/for-petes-sake/article99849472.html#storylink=cpy Houston is among 11 schools, which also includes Rice, that will make formal presentations to the Big 12 next week.

Asked whether UH fits the criteria the Big 12 is looking for, Yurachek added: “I think you see coaches in the Big 12 are talking they don’t want anything to do with the University of Houston. To me that checks that box of someone being competitive.”

As University of Memphis football fans enjoyed Tiger Lane under sunny skies — and an army of blue tents — before Saturday's opener against Southeast Missouri State, the only thing capable of spoiling the mood was, well, the...

“I thought we were one of the front-runners,” Clark said. “Why would we be relegated to No. 13 (or worse)? My conspiracy theory is we stole Tubby Smith from Texas Tech and they blocked us.”

Ran into David Boren at NRG Stadium. Asked if he had any expansion announcements for the Big 12, OU prez said: "I hope not. Not today."

Also ran into AAC commish Mike Aresco, who said he had dinner with B12 commish Bob Bowlsby last night. Those two may be joined at the hip.

Bob Bowlsby held court in NRG press box and said a million words and absolutely nothing new about expansion.

Bowlsby declined to adamantly say the Big 12 expansion issue would be resolved at Oct. 17 meeting. "I think we'll make progress."

Bob Bowlsby on expansion decision by Oct. 17 Big 12 presidents meeting. "I think we’ll make progress. I can’t characterize it beyond that."

More Bowlsby: "We’re always going to be concerned about academics and compliance and integrity and those kinds of things... It's important."

Houston AD @HunterYurachek on Big 12: ‘The University of Houston is well-positioned.'

AD @HunterYurachek: ‘I don’t know that it feels like an audition but I’m glad we have this opportunity against a very good Big 12 opponent.'

Houston AD Hunter Yurachek on Big 12. "The University of Houston is well-positioned. ... We're not your typical Group of 5 program."

Houston AD says message was “loud and clear” from Big 12 that it wants schools that are 'going to make league more competitive.'

Yurachek: ‘You see coaches in Big 12 talking they don’t want anything to do w/ UH. To me that checks that box of someone being competitive.'

Old news in the Houston market but worth noting: Tom Herman has an agreement with Houston AD that pays him $5M for a power-5 invite.

Houston AD Yurachek: 'I don't know if it feels like an audition but I'm glad we have this opportunity against a very good Big 12 opponent.'

On the $5M bonus to Herman if UH gets in Power 5 conf, Yurachek said he put in as legally binding memo. Kelvin Sampson similar bonus. @dkdeberry @lloyd145 Bigger issue is schools outside Tx don't want another school in Tx. And UH winning makes them more hesitant, not less.

Barry Switzer said on his "Coaches Cabana" show Saturday that if Houston is allowed in the Big 12 they would become a national power. 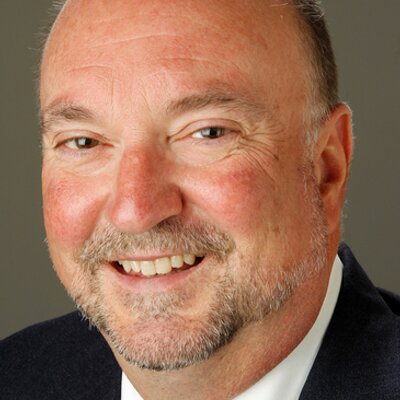 UH "mortal lock" for one Big 12 spot, reports @blauds for TMG. Worth subscribing to for those following this story. twitter.com/themediaguides…

BTM:OU Contacts "Perception remains that there is no inkling of a building consensus behind two candidates (EXP). Support is splintered"

BTM:OU Contacts "Houston is polarizing candidate for multiple reasons. Texas has to choose a side, ESPN (fight for 12) or UH (a nod to 14)"

BTM: OU Contact "FOX needs to eat to support Big 12 expansion. Eating for FOX is NOT staying out of Eastern Timezone in Big 12 Expansion."

BTM:OU Contact "It's going to take some pain but we see pure inertia making UC/UConn/UH/BYU finally happen. Economics and Academics."

This is a biased opinion. Sure, 12 can happen if UT gives in to what others want.

12 can also happen if the others give in to what UT wants.

The impasse just won’t go away …

The dilemma for the horns is that they will not support 12 if UH is out and they torpedo expansion.

Going to 14 will require extending the GORs … so I suspect

THE REAL NEGOTIATIONS will FINALLY be just how long they will be extended into the future.

The two Kansas/Iowa St factions no doubt are the road blocks … its not that UH is polarizing … its just that these three are fearful that they will remain at the bottom of the totem pole … ad infinitum … if another power school from Texas is added.

Does Kansas think their basketball profile will be improved by playing UConn and Cincy twice a year? Obviously, and it’s because of the improved competition, even though those two are in much better basketball recruiting areas.

Maybe Kansas needs to sack up and take care of their own stupid football team rather than worrying about what we might do.

No doubt that is the holdup. If you could review my posts over the last two years, my stance has been that the people paying the bills will have say.

Fantastic research P10. Those OK tv numbers are the margins advertisers need to see. ESPN , Fox have seen those numbers . Whether it’s the PAC12 or ESPN , you just don’t pass on those numbers…

Just what the heck does BTM mean? There are tons of meanings on line; what applies here? I wish people would use real words.

Prolific Twitter maven Greg Flugaur claims his information comes through BTM. Whether BTM actually exists or is a figment of Flugaur’s imagination is up for debate. Flugaur says that BTM is getting his information through a contact at Oklahoma University. Even if Flugaur is forthright with his descriptions, he’s passing along third-hand information at best.

Approach Flugaur and his BTM information with a grain of salt. Flugaur seems to always have a timely update right after some kind of significant news is dropped. In the past, he would only send out updates once a month (or every other month); now it’s about 2-3 times a week.

The accuracy of what he is “reporting” is also becoming more and more questionable. When the news dropped in regards to the first cut, he was missing quite a few schools and specifically mentioned that CSU was out when they were not as well as other minor details.

I include him because he’s one of the main guys putting stuff out there and he entertains me. I doubt he’s 100% right though.

In an era where football drives the bus, Kansas and its allies want to make basket ball the main issue.
If they manage to block expansion it will be poetic justice when UT and OU depart and they are abandoned.

I agree PRay, I’ve picked on that pattern with Flug as well, he never retracted his tweet about CSU either. Either way, he’s still the only one holding on to the idea of four schools, I guess we’ll see if that’s even a possibility as the process moves along.