Houston, Rice wait out Harvey with help from their friends 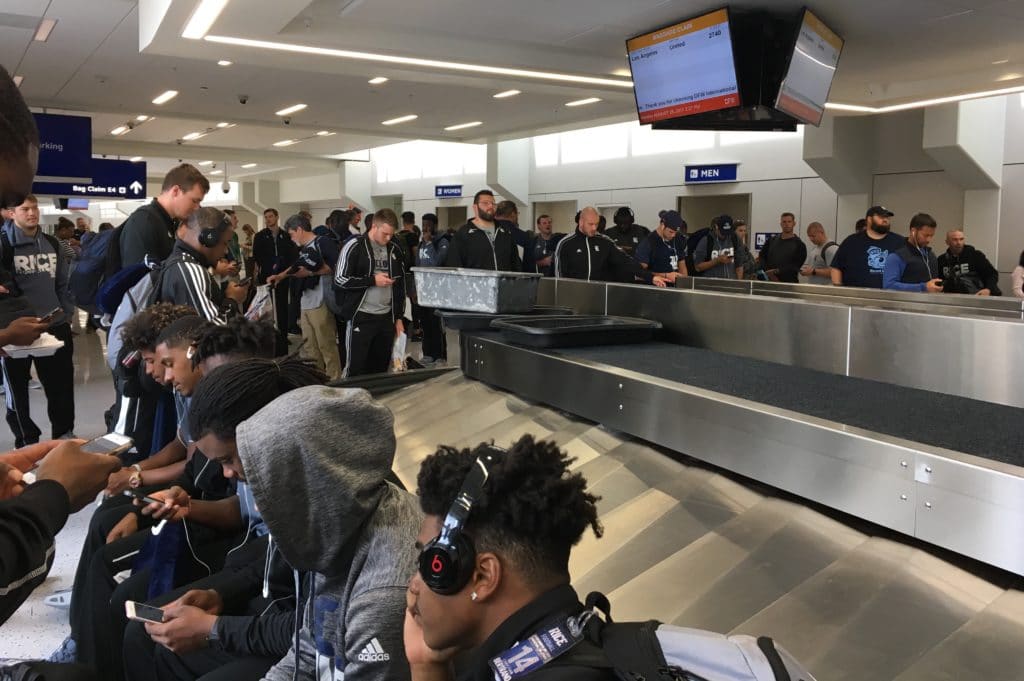 Houston, Rice wait out Harvey with help from their friends

At Houston, Applewhite and athletic director Hunter Yurachek met Thursday night to map a way out of town before Harvey hit. Baylor, TCU and SMU all offered to help. Baylor athletic director Mack Rhoades, Houston’s AD from 2009-2015, was the first to call. But finding enough hotel space in Waco on such short notice was an issue.

So Houston turned its attention to Austin. Texas AD Mike Perrin, a native of Houston, gave Yurachek an immediate yes. Applewhite called his old boss, Tom Herman, to go over their plans. The Cougars hit the road Friday and hit the practice field Saturday.