Kingsbury will probably be going with one of his redshirt freshmen - Duffey or Shimonek. Duffey is more of a runner like Mahomes was while Duffey is much less mobile.

That should be like an episode of scared straight for any college QB planning on declaring early. 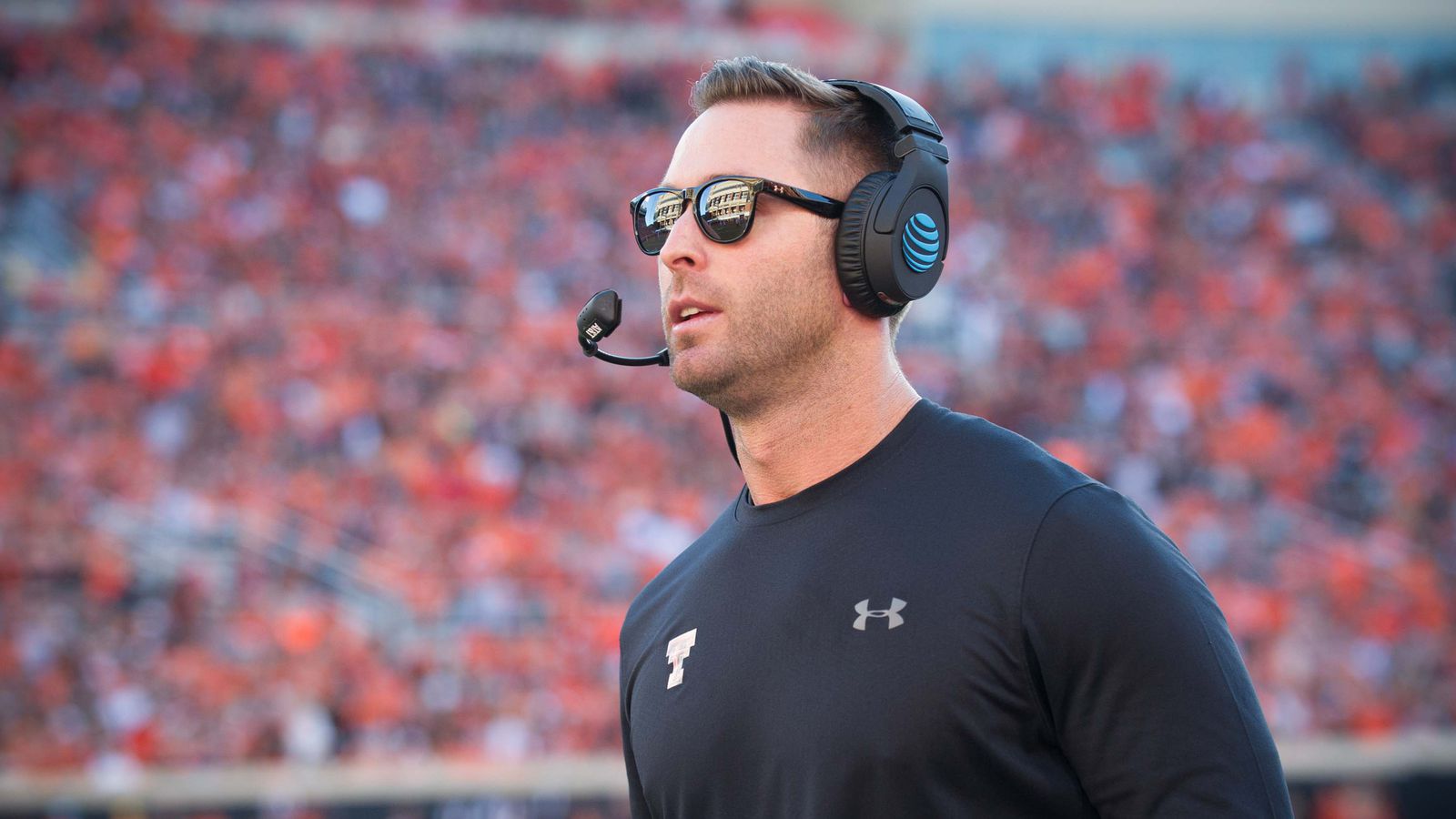 Will Kliff Kingsbury ever field a defense?

Biggest strength: The receiving corps is loaded despite the transfer of Jonathan Giles, and, well, this is a Kingsbury offense — the Red Raiders are going to be prolific no matter what.

Biggest question mark: How much of last year’s wretched defense was due to injury and attrition, and how much was baked into the Kingsbury system? (“A lot” is the answer to both.)

Biggest 2017 game: We’ll say Arizona State (Sept. 15). Both are coming off of disappointing collapses and need a shot in the arm. And the bowl eligibility math becomes difficult if the Red Raiders don’t take this one at home.

Summary: The Red Raiders are stuck in a stasis, and unless a lot of new pieces work on the defensive line, it’s hard to see that changing in 2017.

Due to NCAA transfer rules, Giles will have to sit but will have two years of eligibility remaining. He was terrific with the Red Raiders as one of former QB Patrick Mahomes’ most reliable targets. Giles amassed 1,158 yards and 13 touchdowns on 69 receptions in the 2016 season. That, sure enough, led the Red Raiders in all three of those aforementioned categories, and to his credit he was a semifinalist for the coveted Biletnikoff Award this past year, too.

Pretty good preview, but I hope our offense doesn’t regress anymore than it did

Houston will be favored in this game, probably by less than a touchdown, but they’ll be favored in the Magnolia City or SpaceCity or the Bayou City. The key for Texas Tech will be how good they can be on offense because there’s the chance that Houston won’t be great on offense themselves. Houston will most likely be very good on defense, probably one of the better defenses Texas Tech will face and we’ll get a very good sense of how good Nic Shimonek is going to be leading the offense in what is likely a hostile environment. I think this game will be closer than folks think, but only because I’d guess that the Houston offense regresses a bit as well. 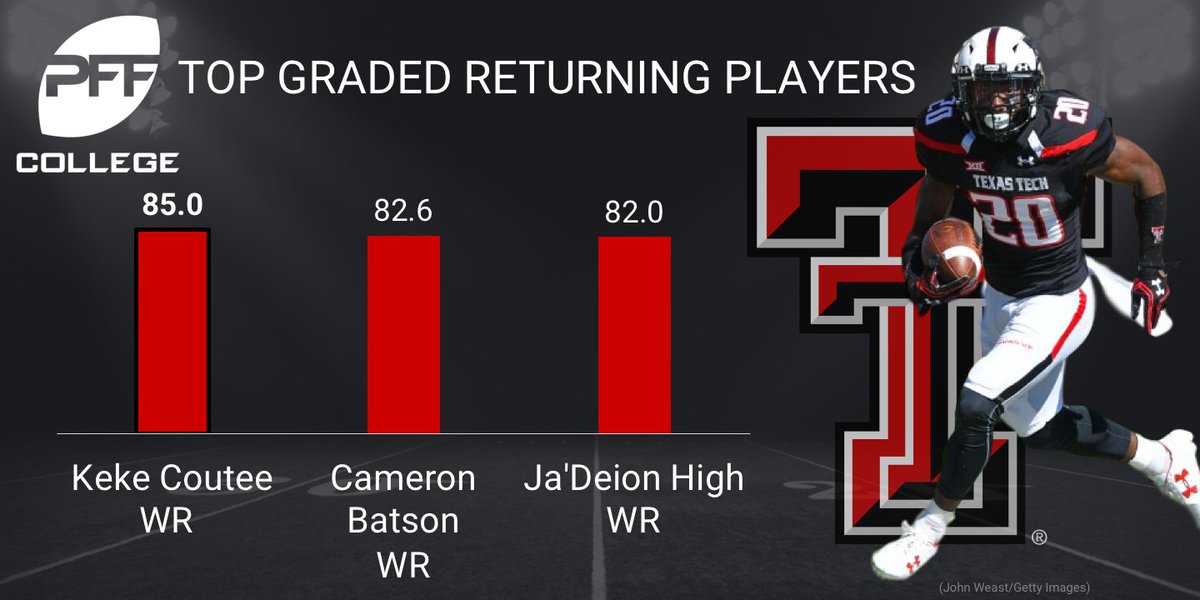 Kyle Jacobson continues his game-by-game season preview of Texas Tech. Next up is analyzing the matchup against the Houston Cougars.

In the end, I think Houston’s defense makes enough stops to win in a shootout behind the support of a fired up home crowd.

Ttu is the “bigger program”

This game should draw some of our Houston celebrities. By this game, we will know how Allen and the offense is doing under Brian Johnson.

If tech still had ol issues, it will along night for any fan with tt on their shirt. Kliff Kingsbury is on the hot seat in Lubbock, can he save himself.

David Gibbs was brought into fix Tech’s defense. Three years in and that hasn’t happened. Given Gibbs history and success in the game, the problem isn’t X’s and O’s, it seems to fall on the Jimmy’s and Joe’s. The Red Raiders needed to upgrade personnel. Tech did so by raiding the JUCO ranks to field a group of mercenary defensive players. It’s a gamble, but perhaps the best idea on the board. Tech hasn’t recruited enough top defensive talent to raise itself and they haven’t developed the lesser known players. The quick fix is the play. Whether a unit with nine transfers on the two-deep can succeed will be answered in a about a month. 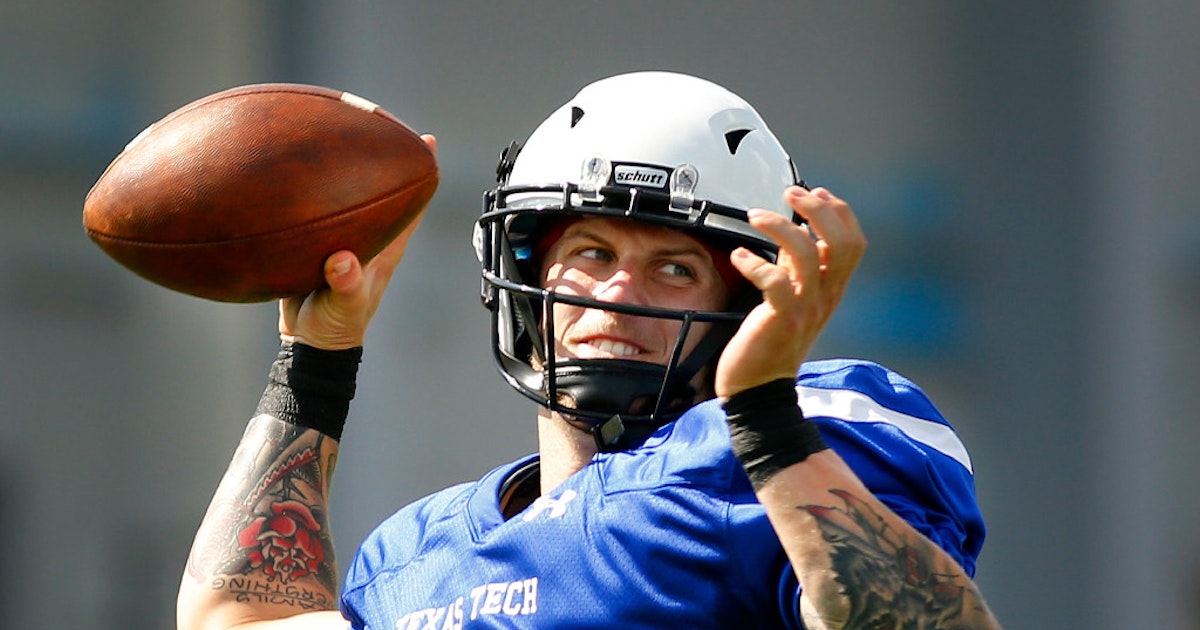 Texas Tech's new quarterback can restore your furniture, but can he restore Red...

LUBBOCK -- To be sure, small-town Texas kid Nic Shimonek didn't find his field of dreams in Iowa.After starting at quarterback all four seasons at...

Last season, a prepared Shimonek played in four games for the Red Raiders. Most of his action came in blowout victories over Stephen F. Austin and Kansas. He finished with 38 completions in 58 passing attempts for 464 yards. He threw for six touchdowns and suffered one interception.

The Red Raiders needed to upgrade personnel. Tech did so by raiding the JUCO ranks to field a group of mercenary defensive players. It’s a gamble, but perhaps the best idea on the board

They’ve given up trying to get the top HS kids to come up to Lubbock and are going the KState model. I actually think this is smart. Even Lubbock, Texas is more appealing to a kid than Manhattan, KS.

The only Power Five conference to miss the playoffs twice? This one, so there’s that.

Oof…pretty bad when they arent sure if you can beat the FCS team on your schedule.

Kingsbury: Carter still the backup QB, as of Monday