The Houston Cougar Mens and Womens Track & Field teams will split squads and head to three different meets this weekend.

Houston hosts its final indoor meet of the 2017 season, when it welcomes eight teams to the Howie Ryan Invitational on Friday.

Each of the Cougars’ program record holders in the weight throw will be in action at the Howie Ryan, including Taylor Scaife, who set the school’s top mark last week at the Charlie Thomas Invitational. Scaife enters competition with the 13th best mark in the NCAA this season at 67-0.75 (20.44m). In the men’s weight, Damon Thompson will look to improve on his top mark of the season of 61-5.75 (18.74m) set at the Mark Colligan Memorial.

One of the American Conference’s top heptathletes will be compete in front of the home fans on Friday. Freshman Nathaniel Mechler is scheduled to participate in three events, including the men’s 60-meter hurdles, the men’s shot put and the men’s pole vault. Earlier this season, Mechler scored 5,401 points in the heptathlon at the Houston Invitational, the second best mark in school history.

Live results of the Howie Ryan Invitational can be found by clicking HERE.

Some of the top track & field athletes in the nation will head to Fayetteville Ark., to compete in the prestigious Tyson Invitational.

Senior Cameron Burrell will be competing in the invitational portion of the long jump and the second round of the 60-meter dash. Burrell enters with the seventh fastest time in the NCAA in the 60 at 6.64, and the nation’s 38th best mark in the long jump at 24-7.0 (7.48m).

Junior Eli Hall will also be competing in the 60 as well as the 200-meter dash. Hall set the school record in the 200 in his first competition as a Cougar, running 20.71 at the Mark Colligan Memorial for the fourth fastest time in the nation this season. Hall also has the No. 11 mark in the NCAA in the 60m at 6.65. He is tied with teammate Mario Burke who will also run the 60 and 200.

In the women’s sprints, senior Tori Williams brings one of the nation’s top 200-meter dash times to the Tyson Invitational. Williams ran 23.63 last week at the Charlie Thomas Invitational to rank No. 25 in the NCAA this season and earn American Conference Track Athlete of the Week Honors for the second time this season.

In the hurdles, sophomore Amere Lattin looks to continue his impressive season while competing in the second round of the 60-meter hurdles. Lattin clocked 7.82 in the finals of the Charlie Thomas Invitational to rank him fifth on the Houston all-time 60m hurdles list and No. 14 in the nation this season.

In the field events in Arkansas, junior Tonye’cia Burks will look to improve on the nation’s 41st best mark in the triple jump. Burks’ top mark this season was 41-3.25 (12.58m), which she set at the Houston Invitational in January. Freshman Samiyah Samuels will compete in the long jump for the Cougars. Samuels enters with the No. 38 mark in the nation at 19-11.5 (6.08m).

Live results of the Tyson Invitational can be found by clicking [HERE] (http://www.flashresults.com/2017_Meets/Indoor/02-10_Tyson/).

Houston will send a handful of distance athletes to compete in the Husky Classic in Seattle. For the men, sophomore Cameron Laverty will be in action in the 800-meters, while senior Brian Barraza will compete in the 3000-meters. Barraza currently holds the school record in the event with a top time of 7:59.66 set last season.

On the women’s side, senior Selena Sierra will run the 5,000-meters for Houston. Sierra ran 17:14.43 during the 2016 season to break the school record set by teammate Maddie Brown just two weeks prior.

Houston will also get a first look at its distance medley relay teams in Washington. The women’s team will consist of Jennifer Dunlap, Debra Taylor, Britani Gonzales and Meredith Sorensen, while the men will run Blake Contreras, Cameron Laverty, Nicholas Hamilton and G.J. Reyna.

Colin George wins the high jump at the Howie Ryan with a leap of 1.95m! #GoCoogs https://t.co/d4x7K4tAoB

Haley Houston finishes second in the pole vault with the third best mark in school history at 4.00m! #GoCoogs #HR

A'Nease Linnear takes third in the shot put with a mark of 13.84m! #GoCoogs https://t.co/CIyYgcMBBt

Emely Morgado finishes eighth in the women's mile with a time of 5:25.05! #GoCoogs #HR

Tia Omagbemi heading to the finals of the 60-meter dash with a time of 7.91! #GoCoogs

Isaac Pearce takes seventh in the men's mile run with a time of 4:38.05! #GoCoogs

Brianne Bethel is heading to the semifinals of the 60-meter dash after posting the 14th best prelim time at 7.52! #GoCoogs #TY https://t.co/4NfqhIbuXC

Season best 8.86 for Kelsey Roy as she takes third in the 60-meter hurdles! #GoCoogs #HR https://t.co/AOVOCf6poq

Antwan Dickerson places 11th in the men's long jump with a mark of 7.19m. #GoCoogs #TY

Amere Lattin runs 7.74 to win heat two of the 60-meter hurdles. That mark is No. 3 in school history and moves him to 6th in the NCAA! #TY

Nothing like hitting bricks and looking cocky about it. #LegendLyfe twitter.com/uhcougartf/sta…

Lattin moves up to No. 6 in the NCAA with the 3rd best run in school history @TheDailyCougar

Caleb Holl takes sixth in the 400-meters with a time of 51.56. #GoCoogs #LeaveALegacy

Hayden Flores goes up and over the bar at 4.75m to finish fourth in the pole vault. #GoCoogs #HR https://t.co/AdAWpmOKLq

Another one! Cameron Cornelius with another win in the shot put, this time with a season best 18.16m! #GoCoogs #HR https://t.co/IBtlPWKTUp

Cameron Burrell with a season-best 6.63 to finish second in the 60-meter dash! #GoCoogs #TY https://t.co/EPiimWWQWd

6.63 for Burrell is the seventh best time in the NCAA this season!

Great job to @Selena_Sierra lowering her school record and setting a new PR of 17:00.3

@BurrellLeroy @UHCougarTF Thank you, coach! Felt amazing to put my Houston uniform back on. 🐾

Cougar men run 10:10.40 to finish fourth in the distance medley relay at the Husky Classic! #GoCoogs 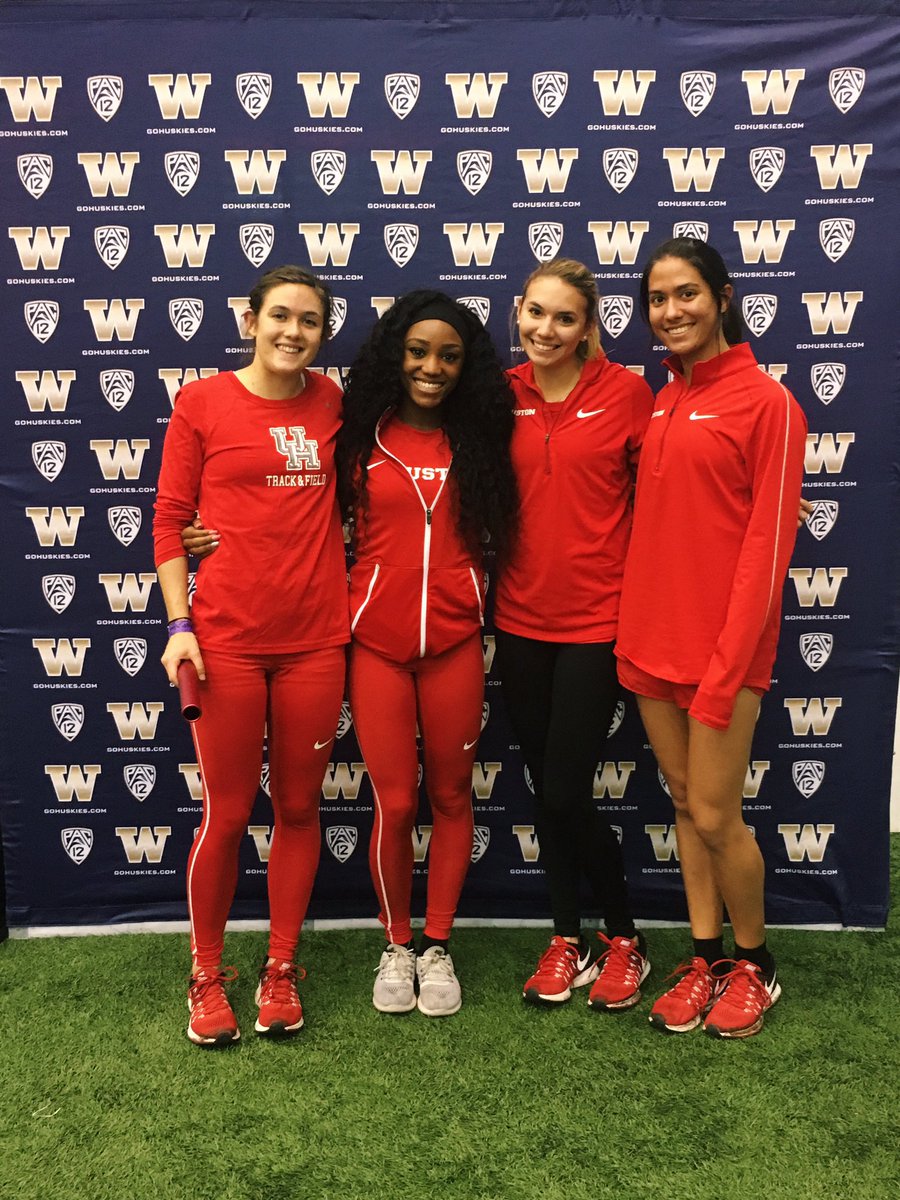 Senior Selena Sierra returned to the Cougars in a big way, breaking her own school record in the 5,000-meter run as the Houston Cougar Mens and Womens Track & Field teams split for a trio of weekend meets, on Friday. Howie Ryan Final Results | Husky...

Tonye'cia Burks is heading to the finals of the triple jump with a top mark of 12.31m! #GoCoogs #TY https://t.co/f0e7BTaqAl

Cougar women run 3:38.54 to finish fourth in the 4x400-meter relay at the Tyson Invitational! #GoCoogs 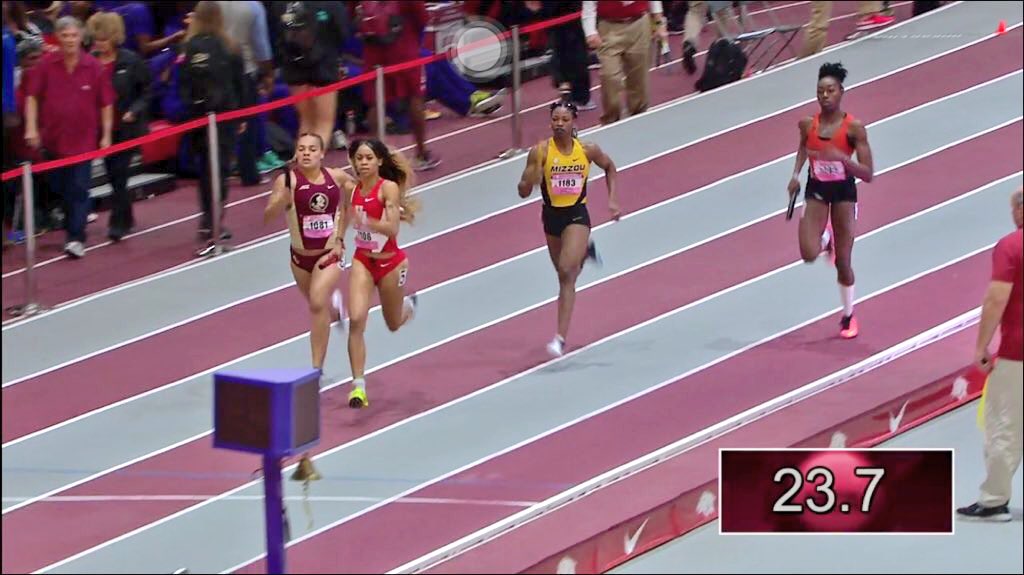 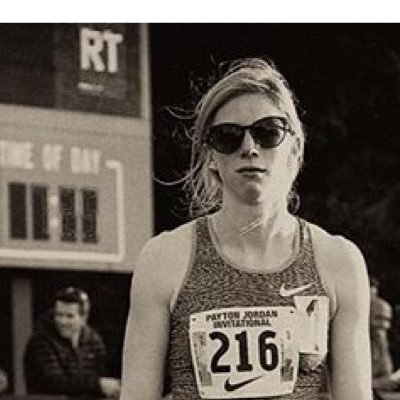 Race plan: get out in mid pack @BRazzleDazzle5k says, "nah. I'll lead the thing, go out in 58 seconds and make you worry. And then PR" https://t.co/Ps3LHz51es

NEW SCHOOL RECORD! Brian Barraza runs 7:53.60 to finish second in the 3K at the Husky Classic and break his own record! #GoCoogs

Barraz'a new record moves him to No. 7 in the NCAA in the 3K. Also currently No. 3 in the men's mile! #GoCoogs

Senior distance runner Brian Barraza broke his own record in the 3,000-meter dash as the Houston Cougar Men's and Women's Track & Field teams wrapped up the final day of competition at the Tyson Invitational in Fayetteville, Ark., and the Husky...

For the second-straight night, a Cougar distance runner broke their own school record in an event. Barraza’s time of 7:53.60 was good enough for a second place finish in the 3K and breaks his previous best of 7:59.66 set on Feb. 13, 2016 at last season’s Husky Classic. Barraza’s mark ranks him No. 7 on the NCAA list according to TFRRS.org,

Barraza’s record-setting performance followed Selena Sierra’s from Friday night, where she ran 17:00.35 in the 5,000-meters to break her previous record in the event by over 14 seconds.