Dr. Ron DePinho, MD Anderson Cancer Center's embattled president, has submitted his resignation, five and a half years after he came to Houston.

Four years earlier, DePinho had made waves in his inaugural address as president of M.D. Anderson, when he called for a concerted effort to cure cancer within 10 years. For hours the normally loquacious vice president mostly sat and listened as...

I’m not confident this will pick up steam here, but as its related to the tu Chancellor and BOR I thought someone might take interest.

The 2nd article I posted is a summary of his short 6 year tenure as CEO. As I’ve only been an employee for a year here at MD Anderson I can’t speak much on what the institution was like before him, but I do agree on whats being said about him prior to his arrival and the atmosphere amongst employees. I have to say many of my tenured co-workers are happy to see him leave.

I think this speaks more about the recent failings of tu leaders and their decision making skills.

Also, If you didnt hear, this is related to the recent layoff in January.

Faculty members questioned the ethics of this new focus on pharmaceuticals and asked whether patients care would be compromised if the cancer center had a financial interest in clinical trials with its drug partners.

Those fears seemed to be confirmed in May 2012 when DePinho had appeared on CNBC and touted a drug being developed by Aveo Pharmaceuticals, in which he retained 600,000 shares. DePinho later apologized for the comment, but some faculty members assumed DePinho would be fired.

A year later, they learned the drug had been rejected by an FDA advisory panel due to poor clinical trial results, raising questions about whether DePinho had known about the setback when he said on television that it had been “very effective” and offered "massive advances."

Kenneth Shine, the UT system’s former vice chancellor for health affairs who had overseen his hiring, said publicly that DePinho had made “a serious mistake.” But when DePinho survived, faculty members said there was a sense that different rules applied for leadership.

“I think as time went on, his lack of engagement created an us-versus-them environment,” said Jones, the former M.D. Anderson professor.

Faculty members complained that colleagues had been cast off in the shift toward drug development to make room for “Harvard expatriates.” From 2005 to 2011, M.D. Anderson averaged 24 new appointments each year. In 2012 and 2013, the average was 62 per year.

New recruits were enticed with extensive research budgets and leadership positions at salaries 1.5 to 2 times that of faculty at the same level.

DePinho defended the higher salaries, saying many of the new hires could have gone to work for drug companies or at academic institutions with full tenure.

“If you want to recruit and retain the best, you need to have appropriate packages to inspire the people to come,” he said.

Wow, I had seen this, but didn’t know the extent of it. Thanks for posting.

tu really seems to be trying to throw money around in hope of trying to get better rankings, but there ranks among colleges haven’t improved over the same amount of time. Lot of people blame Gov Perry for holding them back, but things don’t seem to be getting any better with Gov Abbott in charge. Huge sense of entitlement there that’s difficult to overcome.

As far as leadership, besides Depinho resigning, their UTIMCO lead resigned, the president at UTSA resigned, they had to fire one of their BOR members, have had to reign in McRaven on UT-Houston, and UTEP is in danger of losing accreditation…all within the last year… May be why Abbott put the new folks on their board. UT folks aren’t going to be happy with that though.

Agreed. Mayor Turner submitted a bill last year when he was a congressman to give access to the PUF to UH. Never really made it anywhere. This session, there’s a bill being worked on by a few UH congressmen as well as others that represent other schools to get access to the PUF for multiple schools. May not get anywhere, but at least they keep pushing.

A little more than a week ago, the president of the University of Texas at San Antonio resigned, apo...

Things not looking so good for the Austin school.

Depinho just sent out an email stating McRaven has accepted his wish to be relieved of duty on March 20th.

Next: The ranking of top faculty pay in Texas changes when you compare female professors' salaries to male professors'. Also: The $$ drops. https://t.co/uKjYYBotaV 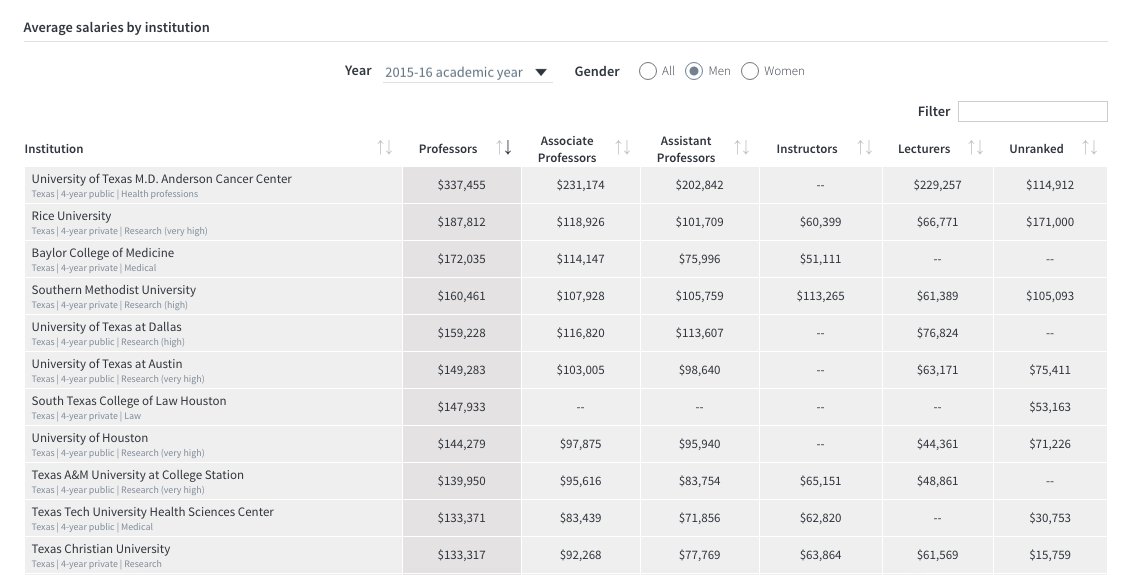 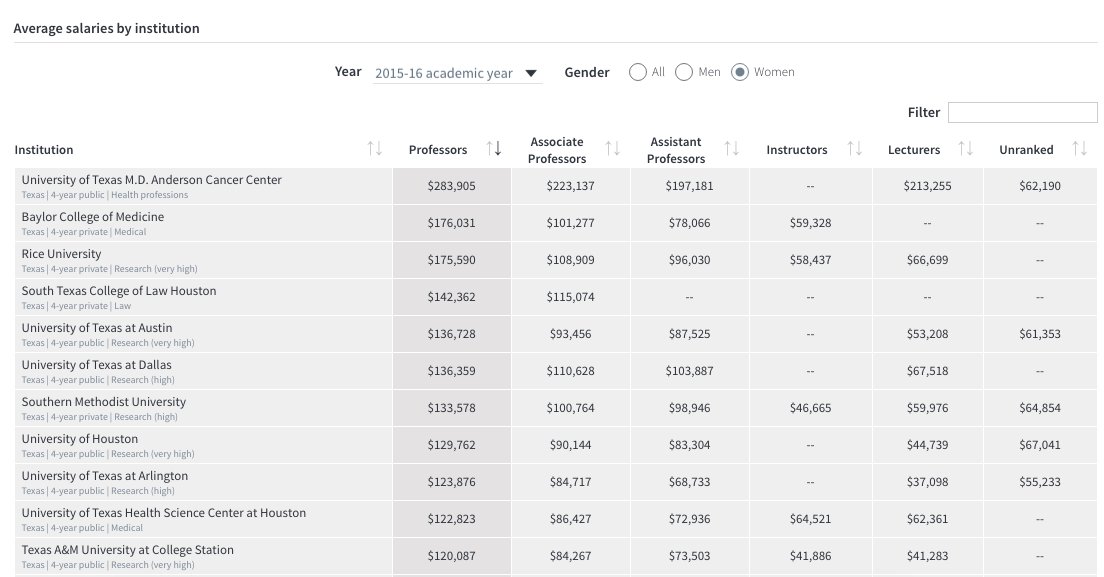 What a difference between MD Anderson and other research institutions. Salaries are closer to what a pharmaceutical company pays, but thats what Depinho wanted. University of Texas System regents are expected to select MD Anderson Cancer Center's next president Friday, some five months after Dr. Ron DePinho was forced out after years of tumult at the elite Houston hospital.

This will help determine whether I stay long term at this institution.