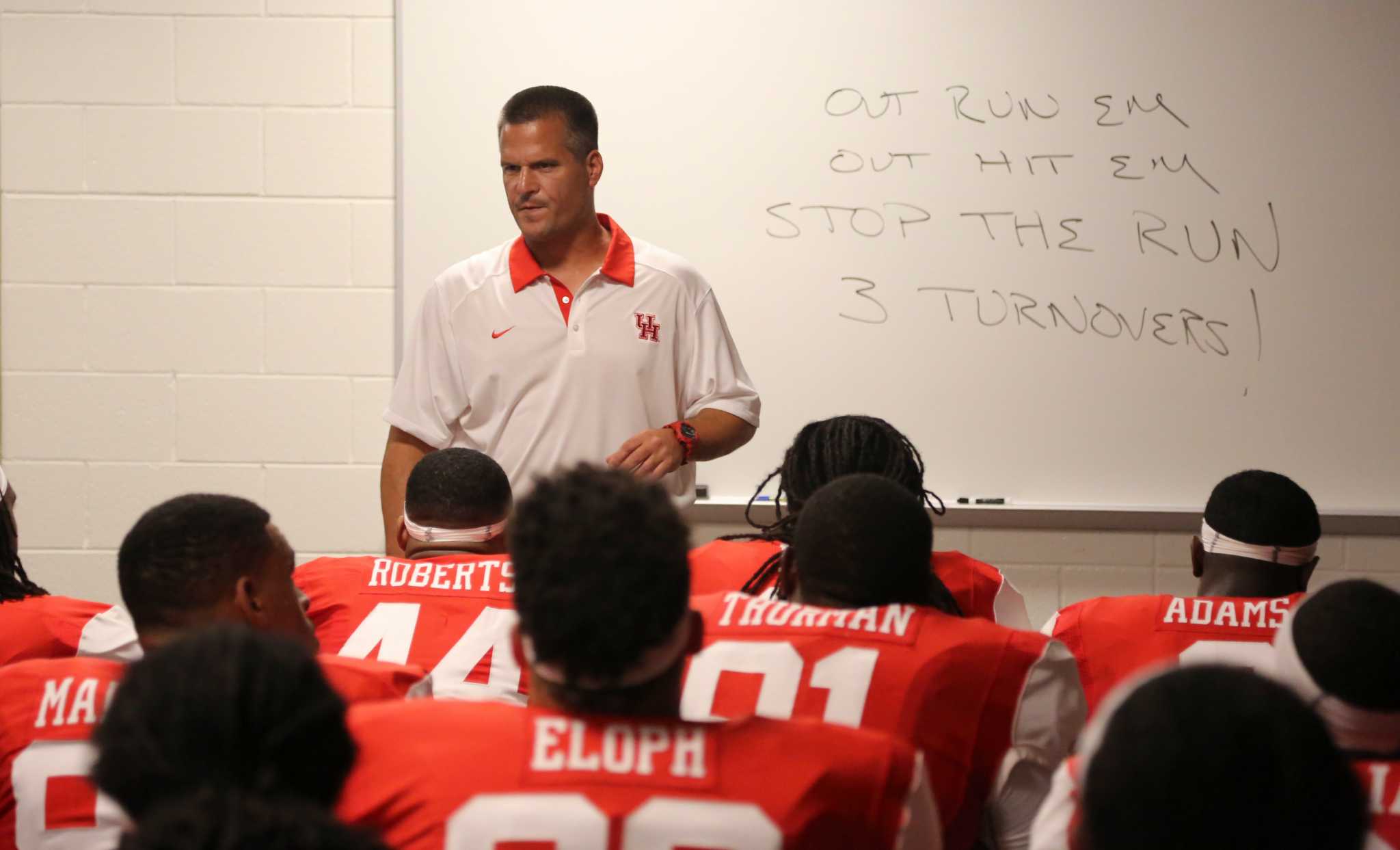 The University of Houston returned to football practice Thursday, five days after head coach Tom Herman abruptly stepped down to become the new coach at Texas. McCloskey said the Cougars went through “intense and physical practice” Thursday, just the prescription for a team that heard speculation about Herman’s future going back to last season.

At one point during practice, McCloskey said he turned to offensive coordinator Major Applewhite and said: “Football is fun.”

.@CoachTOrlando after 1st practice as @UHCougarFB interim coach: "Great leadership. The guys came out there, they were excited to practice." https://t.co/34n0Vdz2Cf

Interim @UHCougarFB @CoachTOrlando on how younger players responded in practice. Said he would monitor them after coaching change https://t.co/mqwK84FxR0

.@UHCougarFB TE Tyler McCloskey on @CoachTomHerman: "From the day he got here, he didn't lie to us." https://t.co/mkmApwDInq