“Above the Law” law school rankings 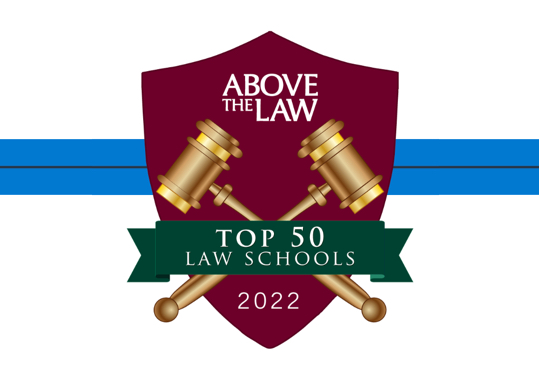 So what is our rank?

I didn’t realize the Ags had a law school. Somewhat new?

About a decade ago they bought Texas Wesleyan law school in Fort Worth.

PUF money does those types of things. Makes me wonder how much further up the top echelon UH would be with it. But hey, we’re kicking ass and doing better than a lot of state flagship schools (including TAMU a lot of the time) with pitiful state funding.

Do more with less, is one of the unofficial mottos of UH.

Didn’t they try to buy South Texas College of Law downtown and UH blocked them?

To be completely accurate though, they didn’t really try to “buy” STCL.

They tried to loosely “affiliate” with them. STCL was to remain private but begin calling themselves “Texas A&M Law Center.” aTm would essentially get a law school in Houston without having to pay for it.

Of course, the College Coordinating Boards, UH, and the Courts all the way up to the Texas Supreme Court were having NONE of that, and blocked it.

Later, STCL tried to trade on our good name/steal our identity/trademarks by renaming themselves “Houston College of Law,” and even use UH fonts and colors in their own logo. Well, the potential for confusion was obvious, as was South Texas’ attempt to trade on OUR reputation.

Tony Buzbee, my law school classmate, represented UH successfully in a trademark infringement lawsuit against STCL which resulted in STCL dropping that name and going back to their old name and logo. Well, mostly. It’s now “South Texas College of Law - Houston.”