Aggies talking a lot of smack today. Hope we beat them both games to ruin their day. 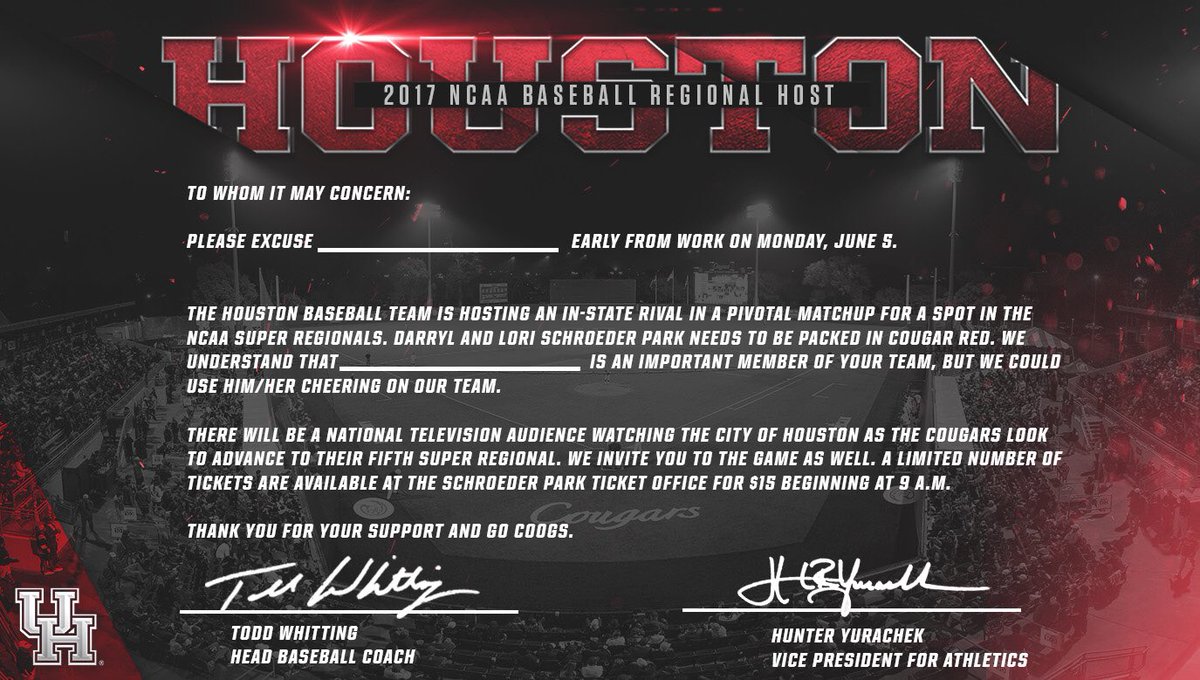 Yeah Texags is a dark place. You’d think folks with a degree from an agricultural college would be less arrogant, but then again we live in a strange world. And yeah they are already calling us coogroes. Didn’t take long to show what they’re all about. Hard to believe that that haven of sheepbangers is only 90 miles from a metropolitan heaven.

Do they bring their KKK (w/o the hood) dressed yell leaders to baseball games?

So, for us Johnny Come Lately’s, what’s the quick one-pager on Nolan Bond?

My hope is A&M doesn’t have much of a scouting report on him.

Bond was a starter in summer league last year and was inconsistent. Sometimes He was fantastic and others less so. Hope we get the Nolan Bond that’s on inthis one.

Lockhart moves ahead of Coldiron today in the lineup and Triolo replaces Bielamowicz in RF, Padgett in LF.

Aggie starting pitcher (Stephen Kolek) has a 3.86 ERA. Teams are batting .254 against him. Interestingly, he has started 14 games, but only pitched 79.1 innings, which is an average of about 5.5 innings per start. Looks like we might be able to chase him early. However, I have no idea how good their bullpen is.

I’m also hoping Wong’s HR last night opens the flood gates for him at the plate the way Scheiner’s HR against Baylor did for him. Wong was 1-10 in the regional before that HR. We need Wong either mashing or getting on base at the top of the order because the next few guys have been a nails for the most part. 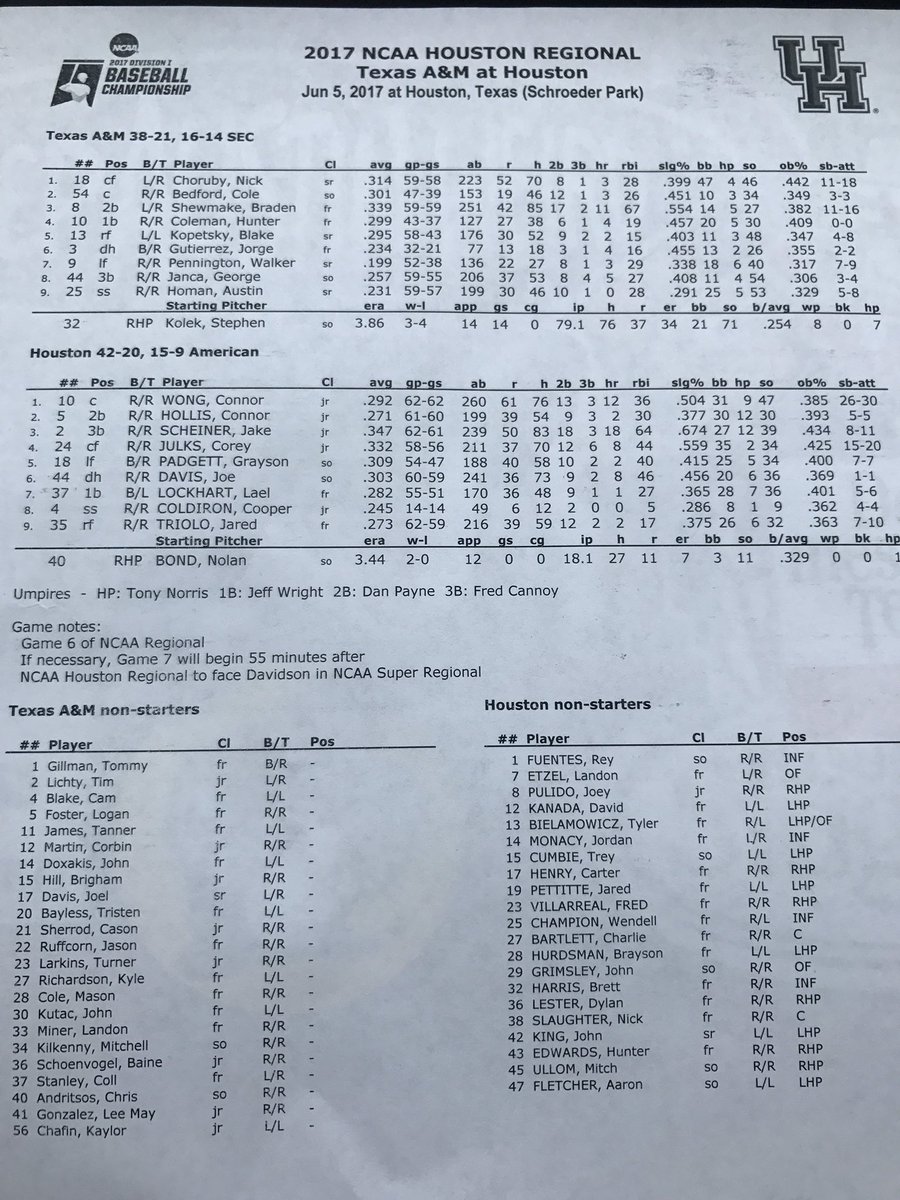 I’m guessing Bielamowicz is being benched in case we need him on the mound?

So fresh arms are Henry, Bielamowicz and Bond.

Fletcher threw 2 innings on Friday, so he’s certainly available for the first game if necessary.

Hopefully we can get it done with those four…or less.

IF we play 2 today, what are the chances Cumbie makes another appearance after throwing 5.1 innings on Friday?

I’m guessing Bielamowicz is being benched in case we need him on the mound?

I’m guessing partly that, and partly that he’s been a zero at the plate and a liability in the field. Hopefully Triolo will be better on both fronts.

Regardless, if this goes 2, we’re going to need some guys to step up on little rest. This is probably going to be a hodge podge pitching rotation of some sort.

Maybe, or he’s benched because he misplayed that ball in left last night that led to a run. Whitting pulled him the next inning.