And so it begins

OU’s loss screws us. You know these bowl projections are going to change each week, but now Jerry Palm has us playing Florida State in the Cotton Bowl, replacing us with Stanford.

Says Palm, “Houston also suffers as the expectations plummet for the Sooners. Now an undefeated season may not be enough to make the playoff, even though Louisville still looks like a pretty formidable opponent. Those teams play in nine weeks on Nov. 17.”

But like Herman says, let’s just think about going #1-0 this week. My Texas State pre game analysis will be out later this week.

And the SB Nation folks have us at the Cotton against Clemson. I’d enjoy that more than another showdown w/ FSU, but it’s still a solid bowl game if we don’t make the playoff (blasphemous to even say that I know). ESPN hasn’t come out w/ their latest projections yet, or at least I haven’t seen it.

Have we gotten to the point where “only” making a NY6 game seems like somehow UH has failed? To me, that in itself is pretty incredible.

All we can do is win whatever is in front of us. The rest is politics.

The problem is the disparity between the NY6 bowl and the next bowl game we would be in is HUGE. I don’t even want to know what bowl that is. The AAC has HORRIBLE bowl tie ins.

There is a lot of football to play this season for ALL teams to get hung up in week 3 bowl projections. We just need to take care of our own business.

IF we win out beating new darling and possibly top 5 Louisville I’m not too worried about playoffs.

At that point it’d be hard to defend the system and I think you’d hear an uproar to let us in, and the voters in the committee know that. Besides, a David v Goliath story is good tv, and the B12 is gonna have a hard time to make it, and the other conferences will have a hard time putting two in there with the conference champ beating #2 the week before.

ULs rocket rise has made OUs demise irrelevant in regards to UHs playoff hopes. Win out beating UL on the way and UH is top 4.

FoxSports group of voters has us at #4 and in the playoffs:

The four best teams in college football after Week 3

ESPN CFB Power Rankings has us at #4. 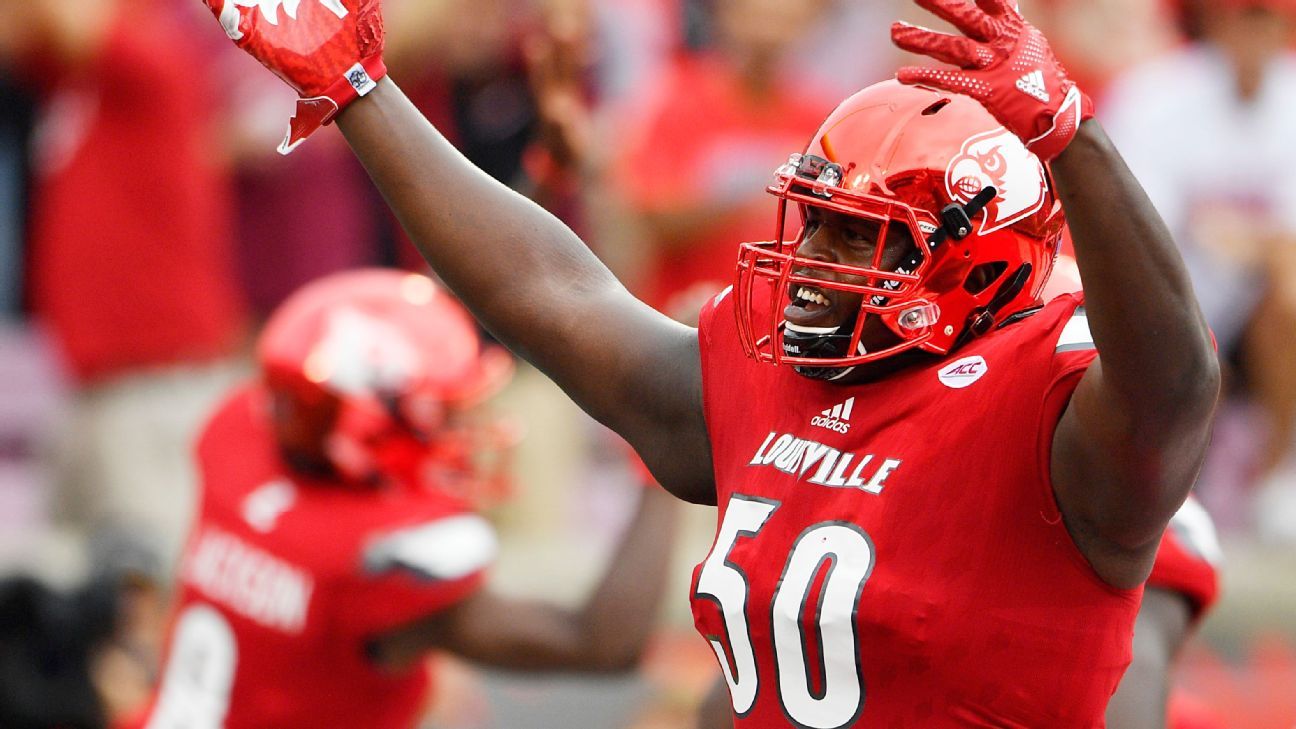 Louisville's big win over Florida State has our experts believing the Cardinals can make their way into the College Football Playoff semifinals.

Forde has us still in the playoffs playing Alabama in the Peach Bowl:

Heather Dinch has us in the playoff picture:

Say goodbye to OU, ND and FSU, and say hello to Louisville and A&M 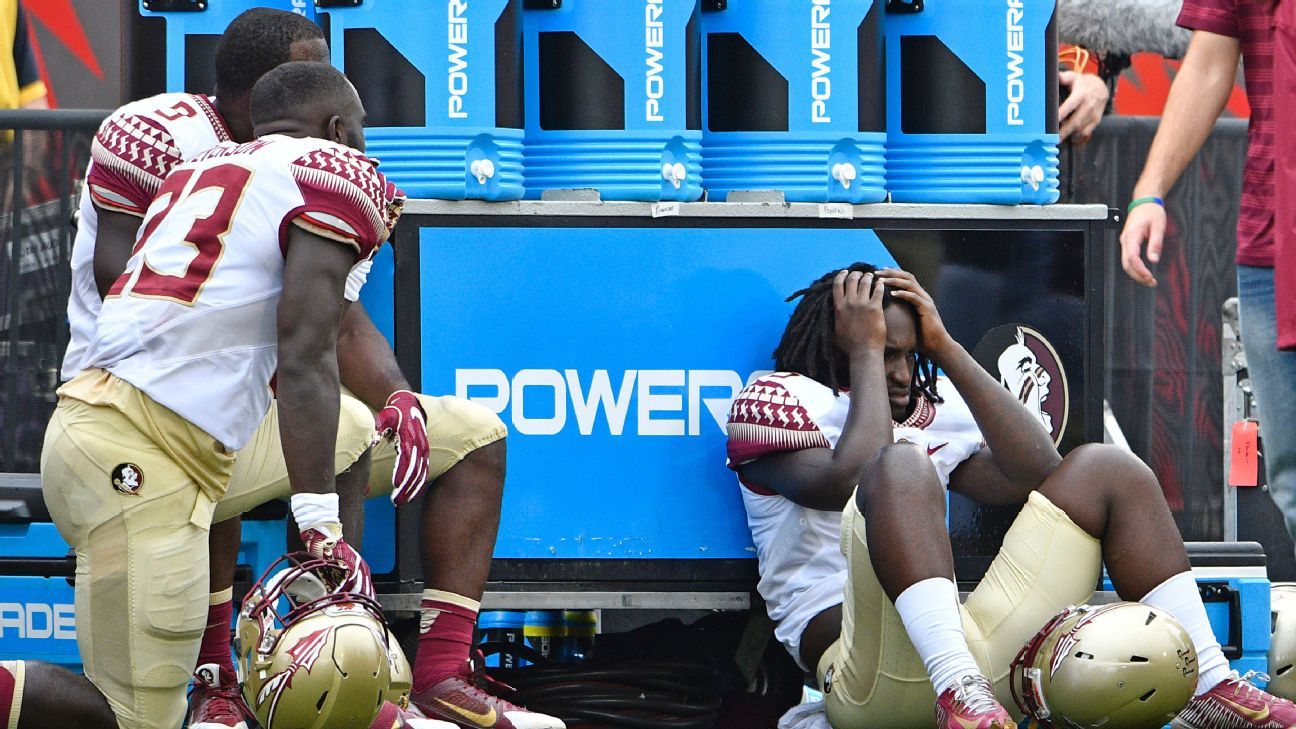 Out with the old, in with the new CFP contenders

Thanks for stopping by, Oklahoma, FSU and Notre Dame, but a brand-new batch of playoff contenders emerged after Week 3 of the college football season.

Into the playoff picture: Houston. The Cougars faced some real adversity at Cincinnati on Thursday night, trailing 16-12 early in the fourth quarter, but Houston’s defense and Greg Ward Jr. woke up and rallied for their convincing 40-16 win. As long as Houston keeps winning, it should remain in the CFP conversation. The only game in which ESPN’s Football Power Index doesn’t favor the Cougars is Nov. 17 against Louisville.

None of this matters now. A ton of football left to play before the playoff. It’s cool for message board/water cooler talk but to get stressed about bowl projections in September is a bit much. I also agree with UHFan79, let’s not act like the Cotton Bowl is a disappointment. Hell, my bank account is hoping for it, lol.

Lol tell your bank account to shut is mouth!

With OU failing, we need Louisville to hold a top 4 spot in reserve for us. If we are undefeated and beat an undefeated top 4 Louisville, we are a lock for the top 4. If we lose to Louisville, then it doesn’t matter if they were ranked higher or lower than us, no one in their right mind would consider us a playoff team if our only marquee win was against an apparently overrated OU team.

Louisville vs Clemson will be a very important game for Cougar fans.

In what world is beating OU a bad thing?

I meant OU’s loss to OSU, not our loss to OU. It hurts our SOS because now they’re 1-2 and ranked 25th. I’m sure they’ll rebound, but their bad start hurts us perception wise. And we all know this is still about perception as much as it is about how good you are on the field. I’m being paranoid though. We’ll be fine. I’m just enjoying every game as is. #1-0