Sanders was a former 3-Time All-American for the Coogs who had to stop playing due to MS. 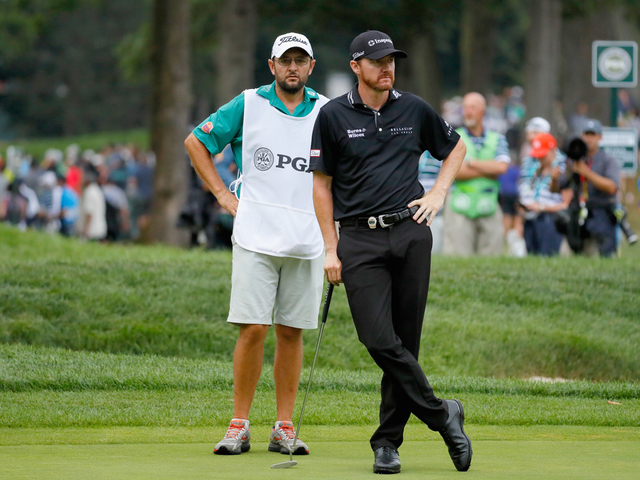 In 2000, Sanders met Walker, a Baylor standout, in the U.S. Amateur and a friendship was struck, according to Golf Digest. Later when Sanders was playing on the Nationwide Tour he was diagnosed with multiple sclerosis. The two later connected again in 2008 with Sanders as a caddie.

A win at Baltusrol has special meaning to Jimmy Walker and caddie Andy Sanders
http://www.golfdigest.com/story/a-win-at-baltusrol-has-special-meaning-to-jimmy-walker-and-caddie-andy-sanders

"We’ve been together a long time. And to win our sixth event, first major here where we met, that’s just cool,"Jimmy Walker said. “We talked about that. We talked about us meeting here and we tell that story. I know it’s special for both of us.”