In our case I wonder if the media market is bad or good? Everything else we are on the rise, and quickly.

I think the ACC announcing a TV deal in a couple years might have played a factor.

Boren was specifically asked about the ACC Network deal and whether it had any impact on their decision, and he effectively said yes, that it showed how quickly the football world can change.

Whatever our final goal should be SEC or PAC 12 PERIOD

ACC GOR extension probably also a big factor. Clemson and FSU won’t be walking through that door now so no reason to wait anymore. Better grab the next best and get that $1B in the contract from ESPN/Fox.

Also think the NFL deal with Twitter may be a factor.

Suddenly adding a new market is not among the stated criteria. Am I missing something?

With no conference network, the need to expand into new markets has given way somewhat to competitive on field football success.

Where do the other candidates rank academically? I believe we’re behind BYU, UCONN and Cinci but ahead of the rest and with strong momentum.

I’m going to be severely upset when the Big 12 adds four teams not named Houston.

Sorry but that is lame … 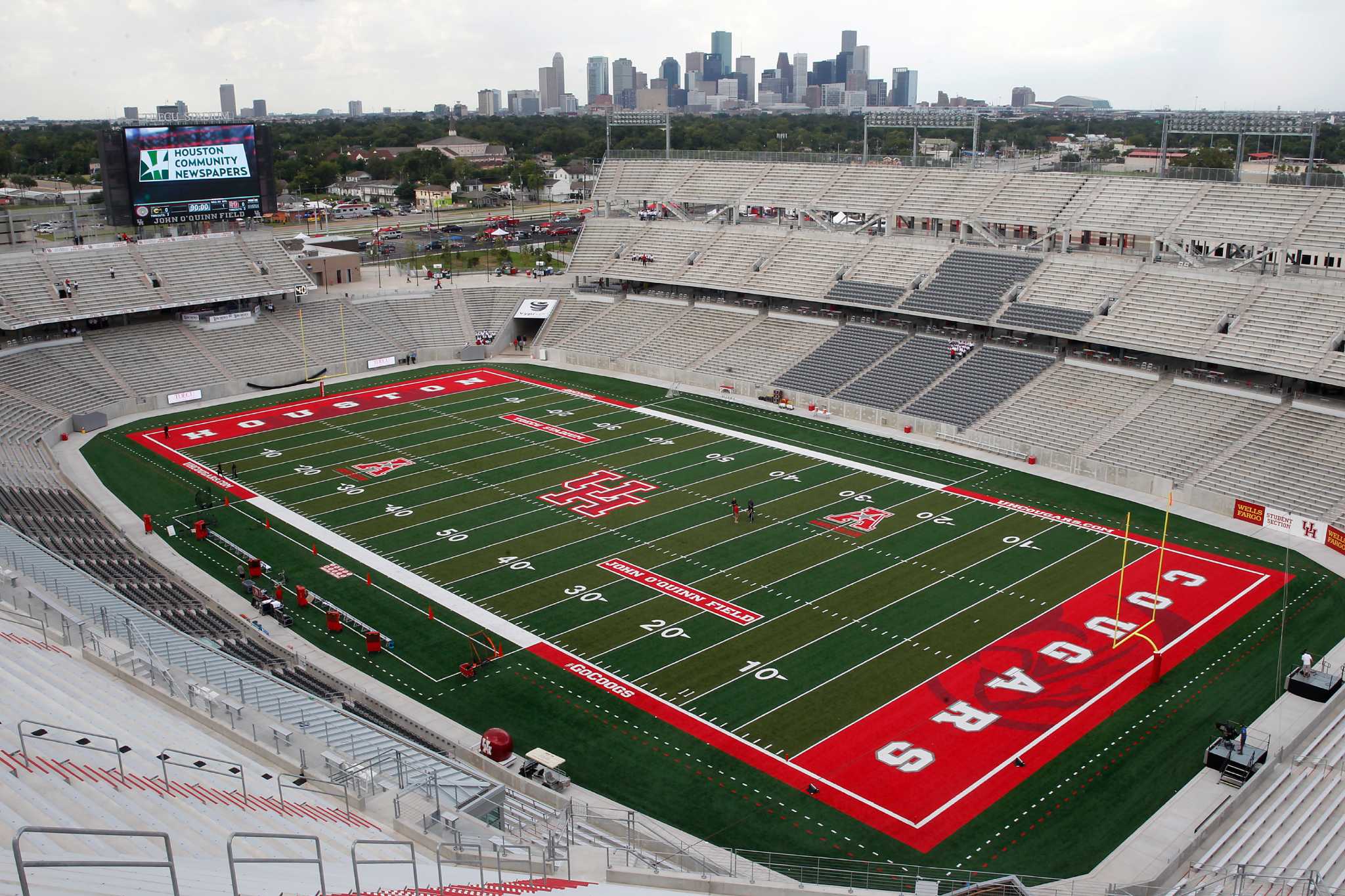 A few months ago, Oklahoma president David Boren joked he hasn't received "any mink coats" in the mail from schools interested in joining the Big 12. "If anybody belongs (in the Big 12), the University of Houston does," UH board of regents chairman...

Bowlsby said that there could be another meeting on this before the regular board meeting in October.

In a big surprise, Bowlsby said new members could be added to the Big 12 by the 2017 football season. Can you say really fast forward?

Sounds like Big 12 has decided it needs new members for its survival, even if they don't bring immediate TV value. twitter.com/ralphDrussoAP/…

Bowlsby said Big 12 received “conclusionary presentations” from Navigate/BHV consultants, which led to board to vote to pursue expansion

Have a feeling I'll be seeing a lot more of my colleagues at the American Athletic Conference clam bake in Newport after today's news. Statement from @TomHolmoe on the Big 12 announcing it will continue to explore expansion ... #GoCougs https://t.co/56ZMEvioSQ

Had to Google the article to get to see it … HOWEVER …

The best line hands down … was …

"It also set off frenzy akin to doors opening for a Black Friday sale. The Big 12 will have no shortage of candidates"

Big 12 expansion now alive, well and likely after being presumed dead
A hot topic of discussion for the past year, expansion discussions are only going to intensify now that the Big 12 has surprised many and changed its course
Dennis Dodd

The process could be a sideshow while the main event – the college football season – plays out. Boren previously said 25 schools had contacted the conference about getting in. 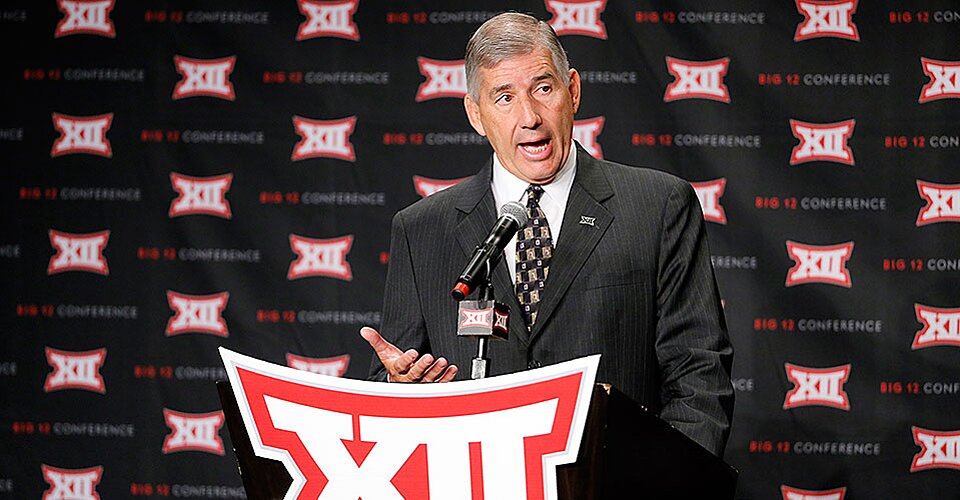 Big 12 expansion looks to be a near certainty

Big 12 expansion is a near certainty—but the big question is whether it will be two or four schools, and which ones, writes SI.com’s Pete Thamel.

The leaders in the clubhouse for Big 12 expansion remain BYU, Cincinnati and Connecticut. The next tier includes South Florida, Central Florida, Memphis, Colorado State, Houston, Boise State and Tulane. If the league does add four schools, there’s really no standout candidate for that fourth slot. (Houston has the best program and television market of available schools, but there’s still some hesitancy within the state of Texas to allow the Cougars to use the Big 12 to potentially leap over current members).

The Big 12 wants to expand after all, so who will it be?
To add teams or not to add? The Big 12 now says it will, but what team is the right fit?
Stewart Mandel

The Big 12 wants to expand after all, so who will it be?

To add teams or not to add? The Big 12 now says it will, but what team is the right fit?

Houston may seem obvious to some, given its Southwest Conference roots and current football renaissance under coach Tom Herman, but Texas and likely TCU are believed to strongly object. As we’ve seen, though, things change. 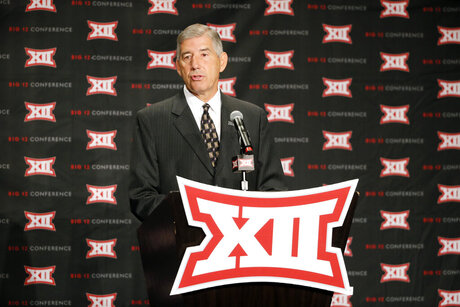 The Big 12 is accepting resumes from expansion candidates.

Big 12 leaders have acknowledged that none of the schools most likely to be added are a natural fit. None is guaranteed to deliver both highly competitive teams — especially football teams — as well as large new markets to increase the value of future media deals.

The Big 12 is moving forward in expansion talks.

Big 12 expansion isn't dead after all. A month after the idea to expand from 10 teams appeared to be kaput, Oklahoma president David Boren and league commissioner Bob Bowlsby announced that the Big 12 will begin talking to potential candidates.

Monday, news broke of the ACC’s plans to launch a conference-wide television network by 2019, in addition to the extension of its grant of rights through 2036, which will keep current schools from leaving. That’s a factor in the sudden position change for the Big 12 on expansion, as it likely removes the remote possibility of current Power Five programs joining the Big 12, but a bigger factor was the day’s major event: a concluding presentation on the merits of expansion from the pair of consulting firms the league had previously hired.

Presidents of American Athletic Conference and Mountain West schools, grab your phones. You’ve got some calls to make. After a seemingly endless string of “will they or won’t they…

While no one’s coming out and saying it now, the top candidates for expansion figure to be Cincinnati, Memphis, Connecticut, Houston, South and/or Central Florida, BYU and Colorado State in some order.

Big 12 can’t risk falling behind rest of Power Five, so expansion it is
Dan Wolken

Big 12 can't risk falling behind rest of Power Five, so expansion it is

League will swallow hard and use its brand to build up a program outside power structure.

Houston: Made a major impression in football last year by winning the Peach Bowl and paying coach Tom Herman $3 million per year to stay. Has aggressively worked on facilities and fundraising. The major hurdle is whether Texas, TCU, Texas Tech, Baylor etc., want to elevate another in-state school and add a potential recruiting competitor. 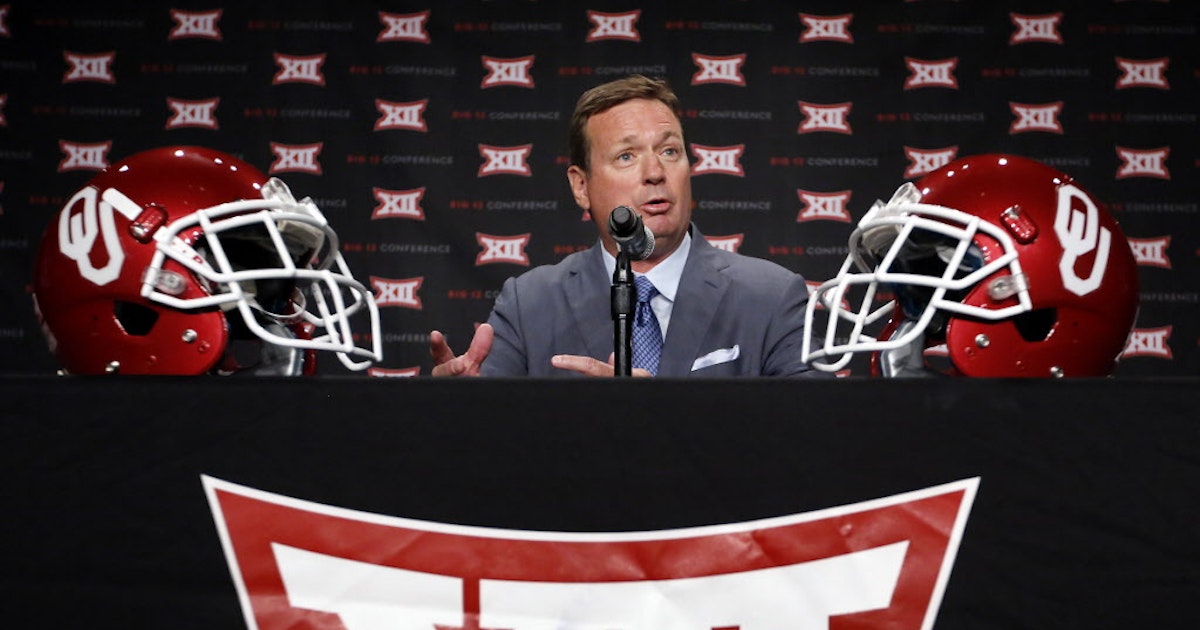 The story line of Big 12 expansion will not go away.SportsDay's Chuck Carlton has the latest from Commissioner Bob Bowlsby and Oklahoma president...

Assuming the Big 12 was to start each new member at a less than 50 percent share – like it did for TCU and West Virginia before the 2012 season – it could be a windfall for current members, producing upward of $8 million or more per school with four new members and the newly added football title game in 2017.

Round up the suspects, Big 12 expansion isn’t dead. The Big 12’s board of directors announced Tuesday that it has authorized commissioner Bob Bowlsby to explore candidates for the possibility of growing the 10-team conference.

Houston: Huge market for Big 12 to plant a flag

The decision to explore expansion was a motion that was approved unanimously. Boren said expansion by two or four teams is on the table.

However, Bowlsby was supportive of the idea that the Big 12 could add teams by the 2017-18 season, before a championship game is implemented. The Big 12 is looking to expand, but they do not yet have a timetable.

“Something has been agreed to with the ACC, we don’t know all the details at this point, but it indicates that we live in a very fast‑changing world, (the) situation is changing quickly,” Boren said. “New technologies are being adapted and the reports on the ACC indicate some exploration of new platforms as well.”

Iowa State owes David Boren and the ACC a nice gift. A crate of liquor. A box of Cuban cigars. Something.

The Big 12 will have its choice of universities. Houston appears to be the best choice for the Big 12. The usual suspects of BYU, Cincinnati and Colorado State will no doubt come calling.

DALLAS — At its meeting Wednesday, the Big 12 board of directors moved toward expanding the conference from 10 to 12 or 14 teams. 'It ...

West Virginia coach Dana Holgorsen is in favor of expansion.

“I’m on the side of my boss, President (Gordon) Gee, who is in favor of expansion, as well,” he said. “I would like to see two teams added. I would like a good, round number of 12. It makes those divisional breakups easier, and it makes trying to get a championship together a little earlier.”

DALLAS — The Big 12 Conference, long perceived as being reactive instead of proactive, abruptly switched gears on Tuesday and will now examine whether adding two or four expansion schools can strengthen the league’s overall profile. The league’s 10...

Hopefully over the weeks and months we won’t be merely one of the lead candidates but come out as the clear number one.