Blair Hamilton qualifies for US Amateur 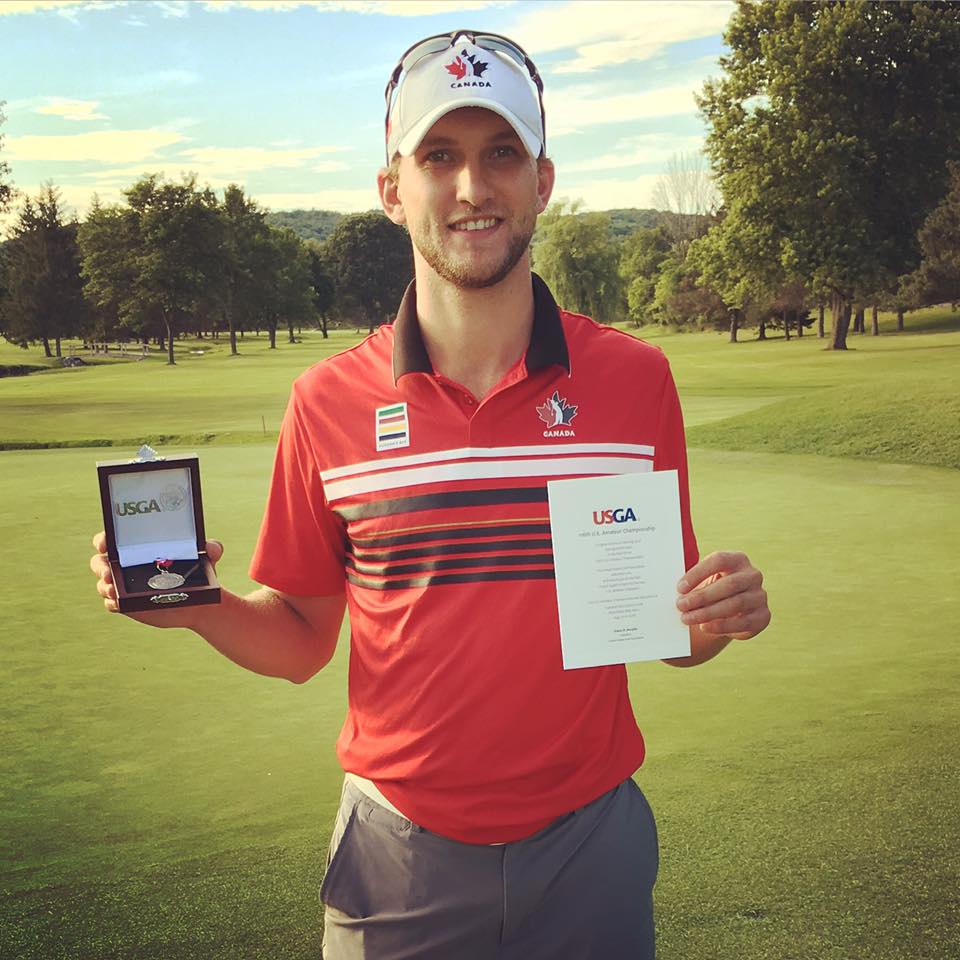 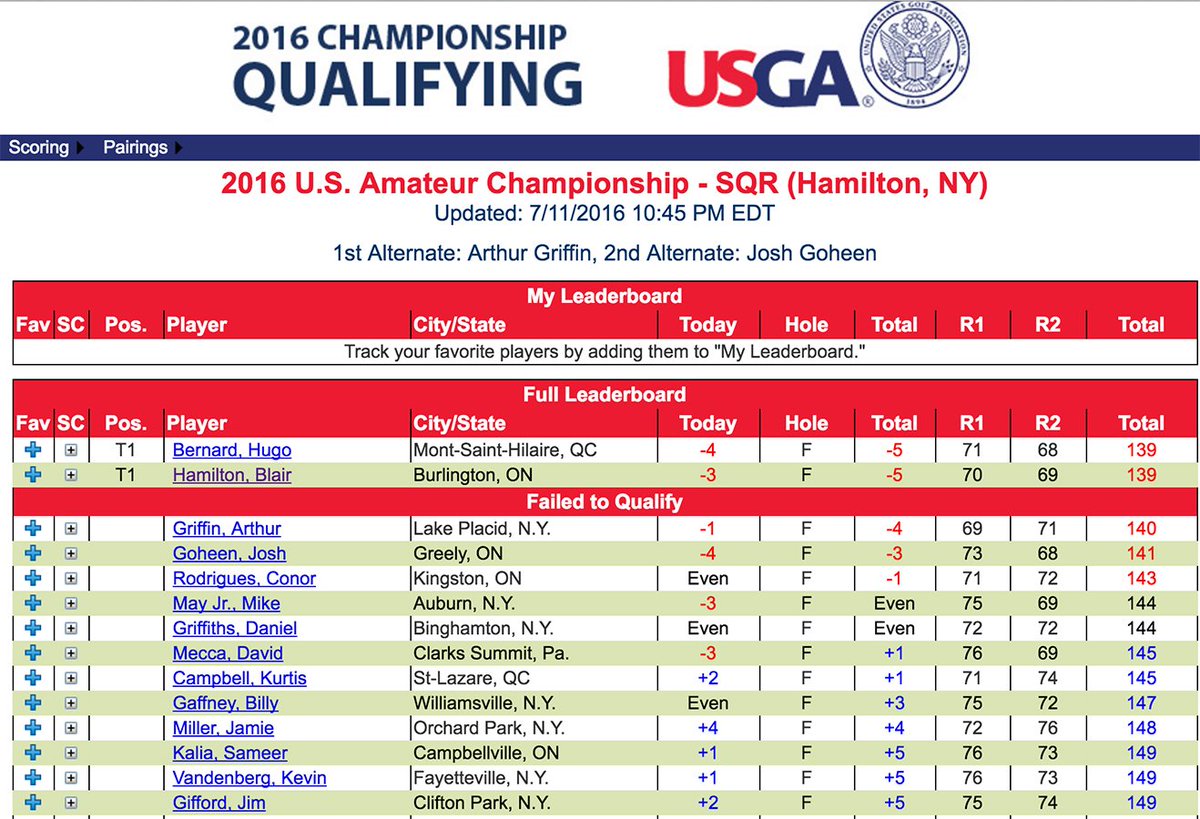 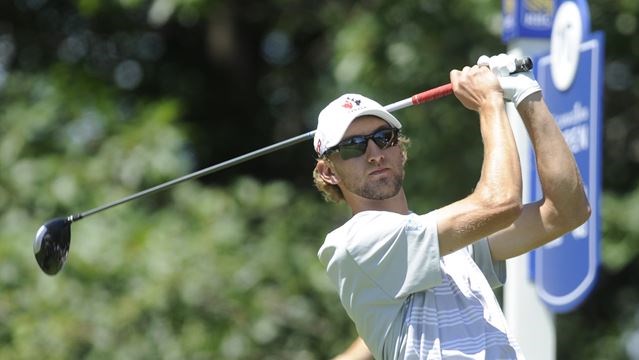 A 22-year-old amateur playing in a field that includes the world’s top two golfers, might be cause for some nerves. Except that Hamilton proved himself up to the task last year when he finished tied with 2012 Canadian Open champ Scott Piercy and J.B. Holmes, both ranked among the top 30 in the world.

So though he’s playing in just his second PGA Tour event, Hamilton said last year’s experience is already benefitting him, even if it’s just knowing how things work off the course.

Scoring for the tournament; Hamilton tees off at 9 this morning:

View the latest golf scores and results of the 2019 Travelers Championship.

Hamilton missed the cut after shooting 77/79

Burlington’s Hamilton disappointed, but will learn from Canadian Open experience 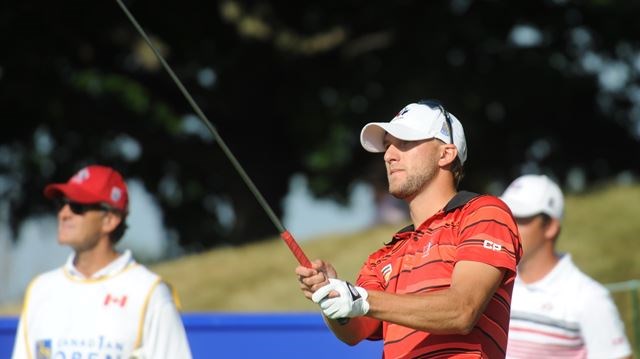 Burlington's Hamilton disappointed, but will learn from Canadian Open experience

Despite two tough days at the RBC Canadian Open, Blair Hamilton says he'll learn from it and put those lessons to use in some high profile amateur events this summer. Hamilton will put those lessons to into practice during some high profile amateur events this summer — the U.S. Amateur, which he earned a spot in by winning a qualifier two weeks ago, the Porter Cup and the Canadian amateur championship.

Blair Hamilton ties with 22 others on the cut line. Will be apart of match play tomorrow:

A 23-for-8 playoff on Wednesday at 8 a.m. EDT will determine the final spots in the #USAmateur Round of 64. https://t.co/mzhCARaaGP 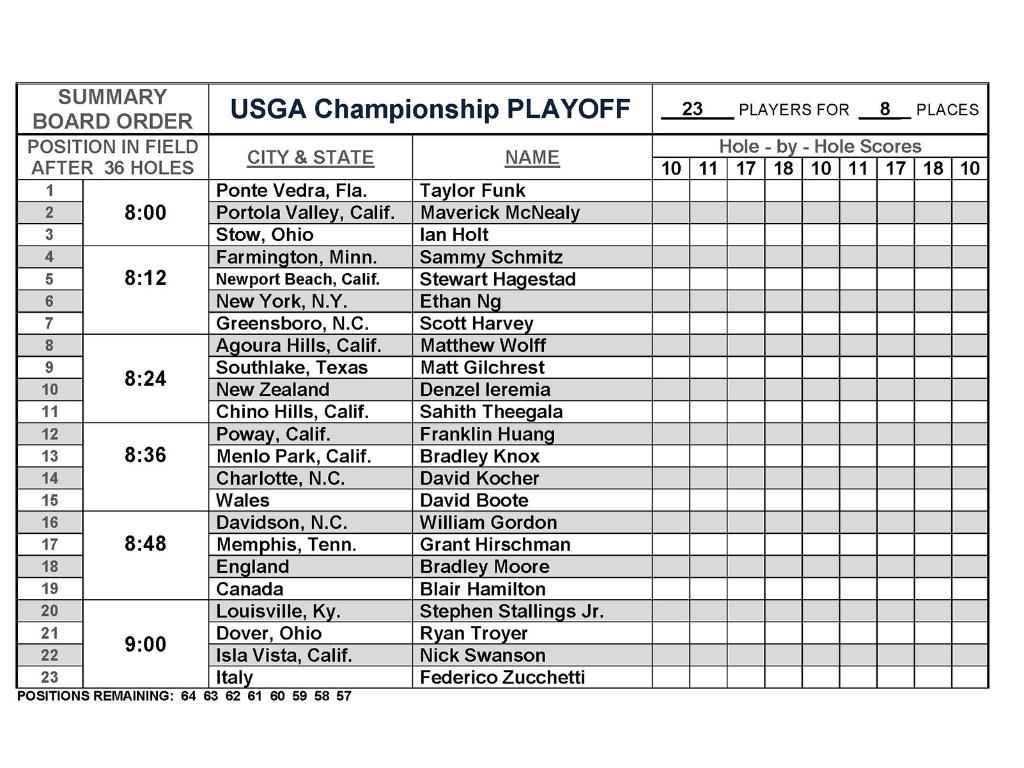 Hamilton scored a hole in one yesterday 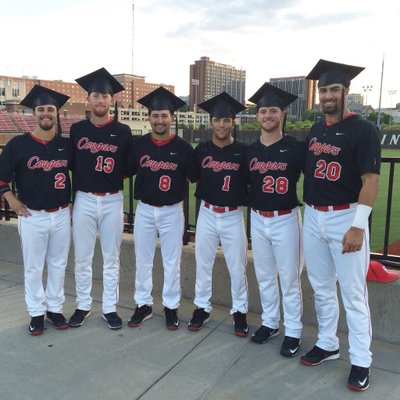 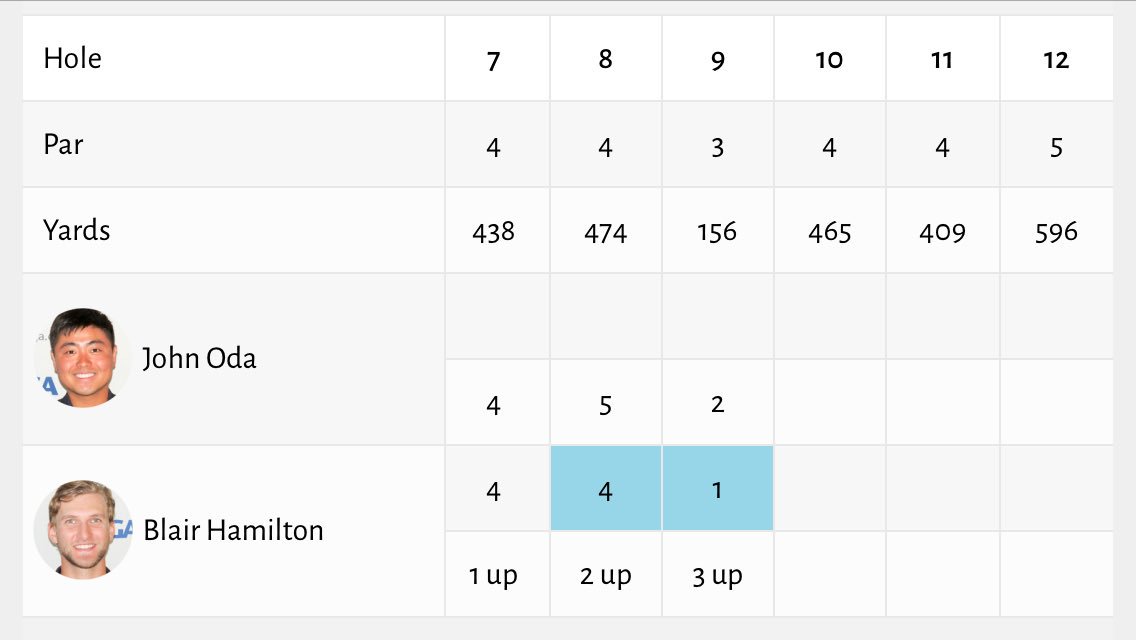 Blair Hamilton rides playoff momentum to Round of 64 victory at U.S. Amateur

BLOOMFIELD TOWNSHIP, Mich. – Canada’s Blair Hamilton awoke Wednesday morning not knowing if he’d even play more than one hole. There were no guarantees, for sure, but some days turn out far better …

Said Hamilton, “I think in that situation you just have to have complete self-belief that I’m a great golfer; I’m going to hit the shot when it counts. It’s like an athlete wanting the puck on their stick when it counts. When the game is on, you’ve got to get it done.”

A GREAT RUN ends... Blair Hamilton falls to Brad Dalke 2 up in #USAmateur Round of 32 #GoCoogs https://t.co/NISNoo4s1I 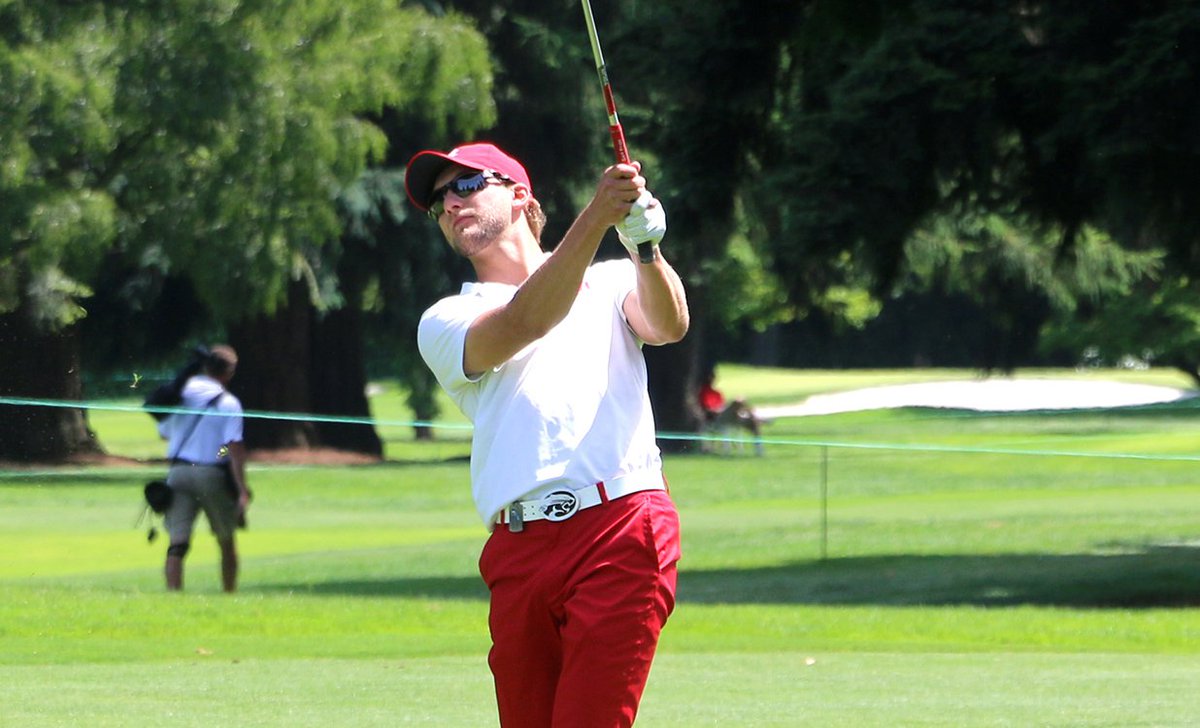