No stars, but had offers from Memphis and Texas State. Good size. 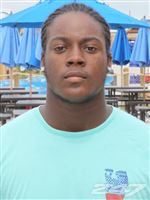 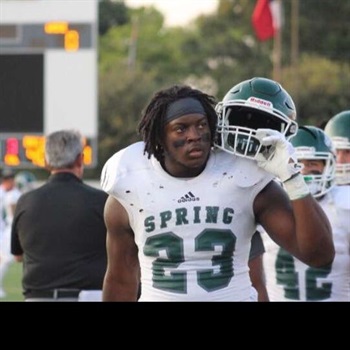 Rivals has him as a 3 star

Nice. Coaching staff has been targeting him for awhile now. This kid is going to be good; watch that HUDL. Kid has a great motor and a nose for the ball.

According to Rivals, Tulsa has also offered him.

On a streak. Great to get good defensive players like this.

According to Rivals, Tulsa has also offered him.

Per his twitter feed, Houston, SMU, Tulsa and Memphis offered since May 17.

Love this guy’s motor and nose for the football. Certainly undersized to play on line at the next level, but he is has plenty of room to grow between now and then. He is a developmental player but he is the kind of guy UH has had success with over the years…

Man, a DL who can play the wildcat is pretty unusual and really terrific!

Amen! His motor looks vaguely familiar to another freshman we had. Sure would like to see them side by each!

Keondre Coburn was on the defensive line in this play.