Brew of H... when can we start tailgaiting?

Whether you're a current student, an alumni or a fan... we understand that Coogs need beer too! Our Brew of H line has been made in... Weird they have it “Coming soon”, I bought one last year. Maybe they are sold out. I actually wore mine in Atlanta the night before the Peach Bowl and got alot of questions about it. I sent everyone to Calhoun’s to get one.

I have one as well. Wearing it next week in NOLA in fact for the Red Dress Run.

Yes they do. I was there last week and they were selling the shirts and the hoodies.

Houston Cougars fans now have a special beer to celebrate football domination
Throw your H’s up, thanks to No Label in Katy 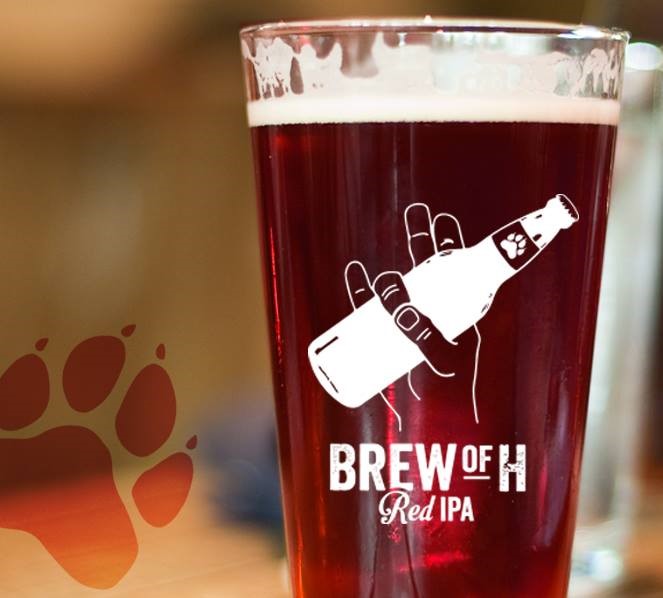 To go along with the Cougars' current winning ways on the gridiron, the University of Houston now has beer honoring the Coogs' takeover of college football, thanks to the beer magicians at Katy's No Label Brewing Co. The UH-themed beer can be found at several hot spots in Houston, including Axelrad, D&T Drive Inn, Mongoose Versus Cobra, Kirby Ice House, and beer church The Flying Saucer in downtown Houston.

Meanwhile we’d be remiss if we didn’t mention that the 8th Wonder Brewery just east of downtown released its own “Coog Brew” red ale back in March in a limited quantity. It’s since been tweaked a bit and renamed “Cougar Paw” according to the brewery.