He looked pretty good, when the line blocked.

I thought he played a hell of a game. Yes, the defense played great but he kept the Rams in the game. Keep in mind that he was playing against one of the best defenses in the league. This was a huge task and 99.99% of the press was already calling for Case’s job. Again, the offense play calling needs to be looked at. It was better with Case getting more comfortable but Boras has to be more imaginative. I still feel that he is not fully calling plays to Case’s strength. In case he does I can see a balanced offense with some real potential. The press is going to talk about the lack of TD’s and the poor 3rd completion rate but he was under duress the entire game. His OL was again very suspect. This is no coincidence that Gurley was completely ineffective. Does Gurley need to be sent into exile? No he does not. The game is always and will always be about the OL. The press wants to talk about Case lack of TD’s? Then let’s talk about Russell Wilson. Yes he has a banged up ankle but what about Case getting thrown around like a rag doll?..That’s right two weeks in a row. I am very concerned that Case won’t be able to last at this rate. Who can? In my book this was a major step up for Case and it should be pointed out. Give credit where credit is due. It goes both ways gentlemen of the press.
Go get them Case!!! I love the throwbacks. Really should just go back to them.

High fives for all as QB Case Keenum leads #Rams to a win in their first game in the city of Los Angeles in 36 years https://t.co/xv58UZOMwO 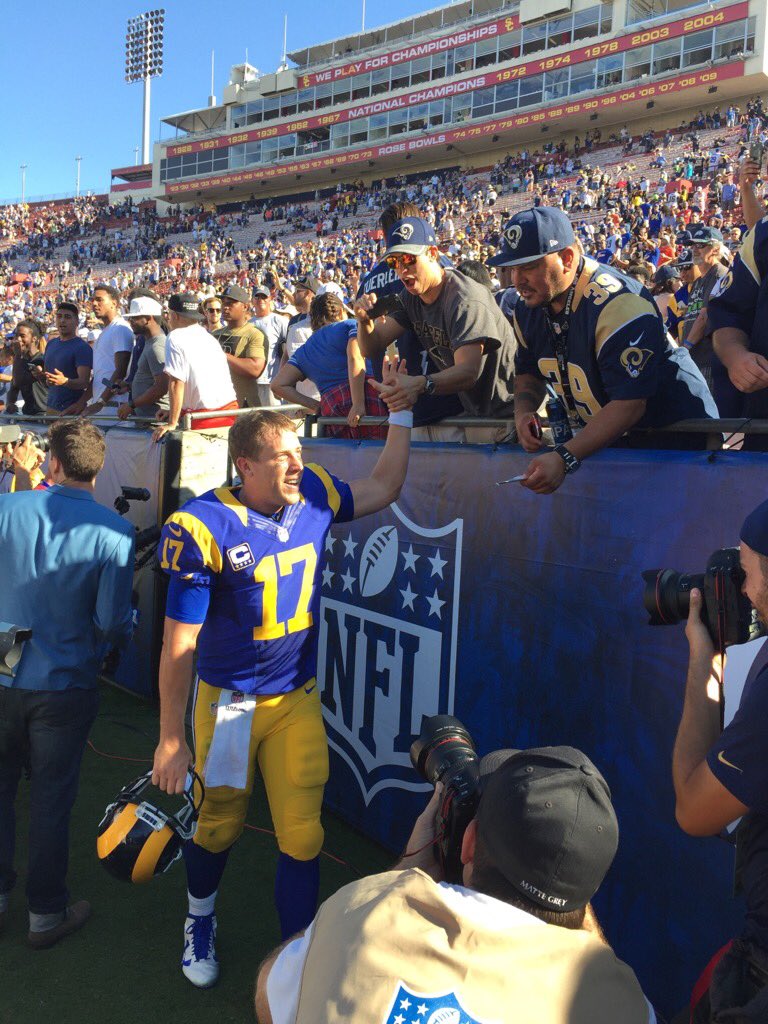 Case Keenum says he will write it down - how he felt coming into Coliseum, playing - so he can remember it forever. 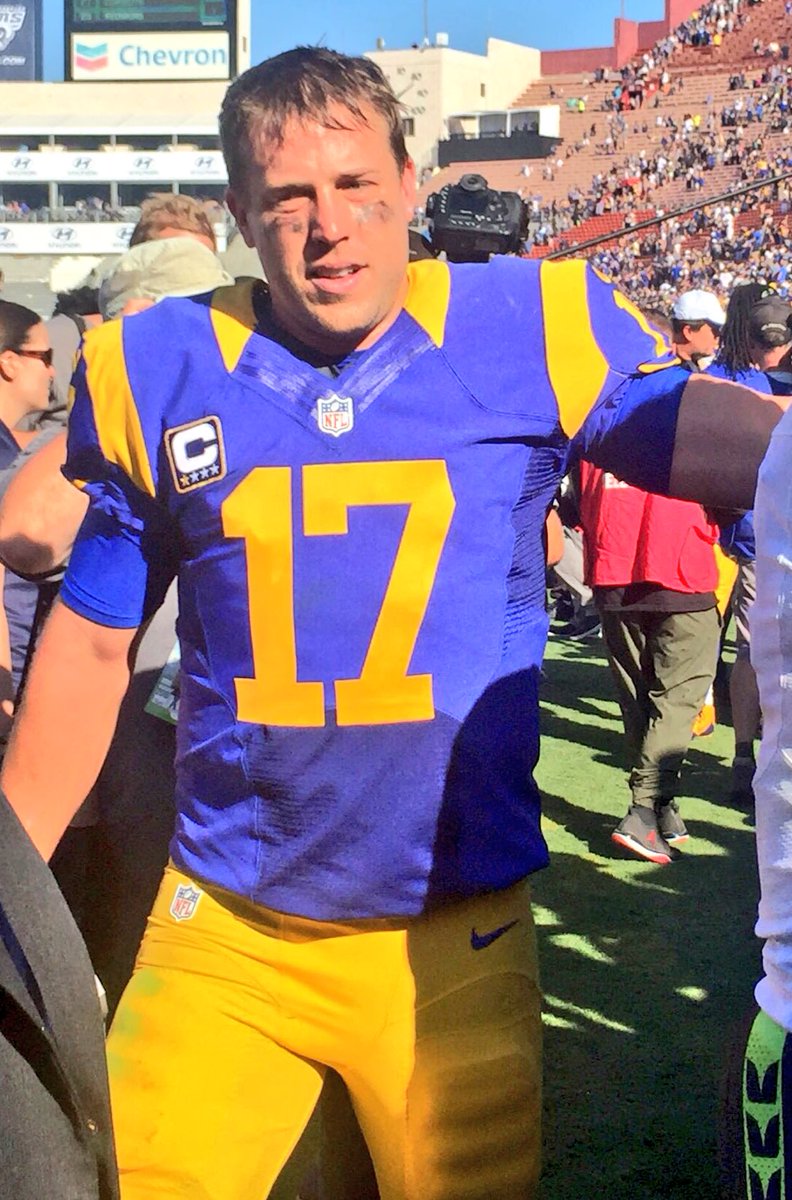 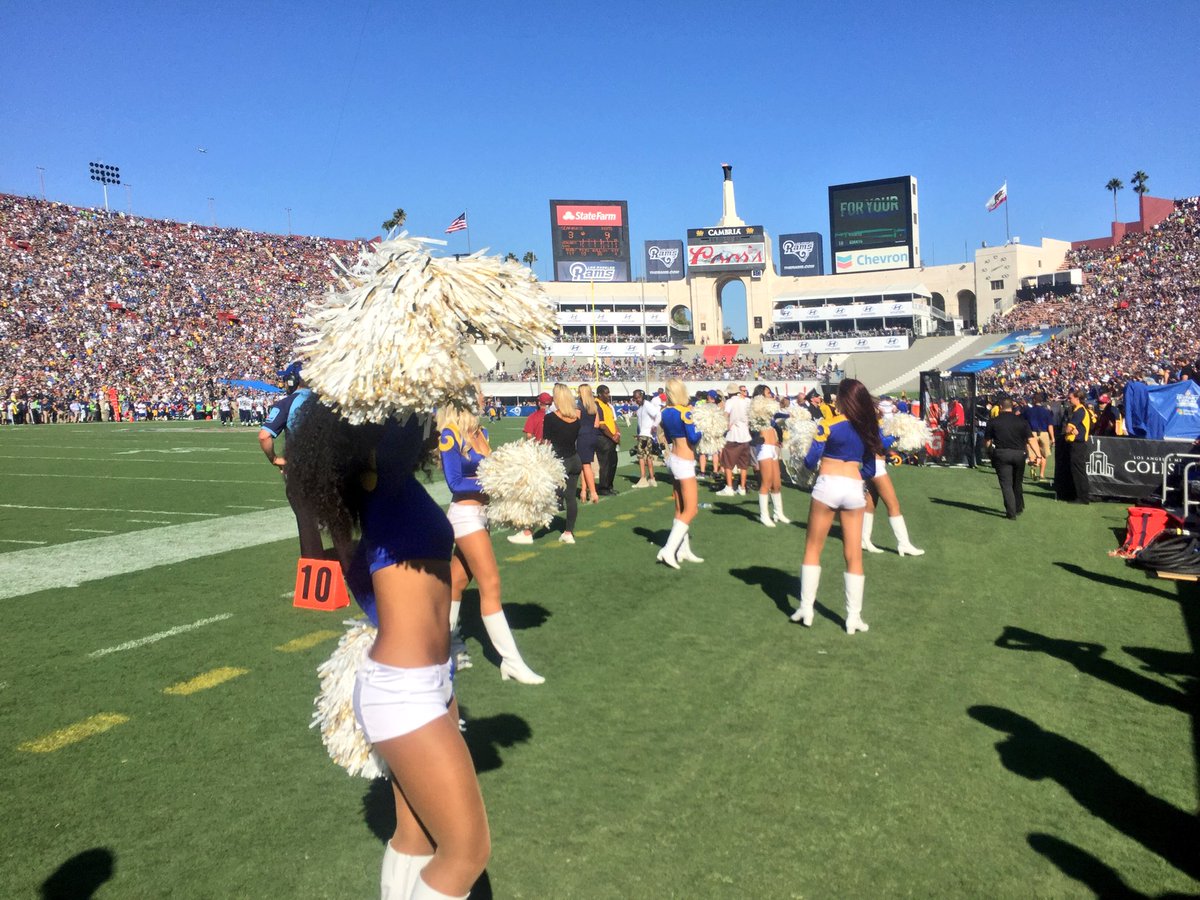 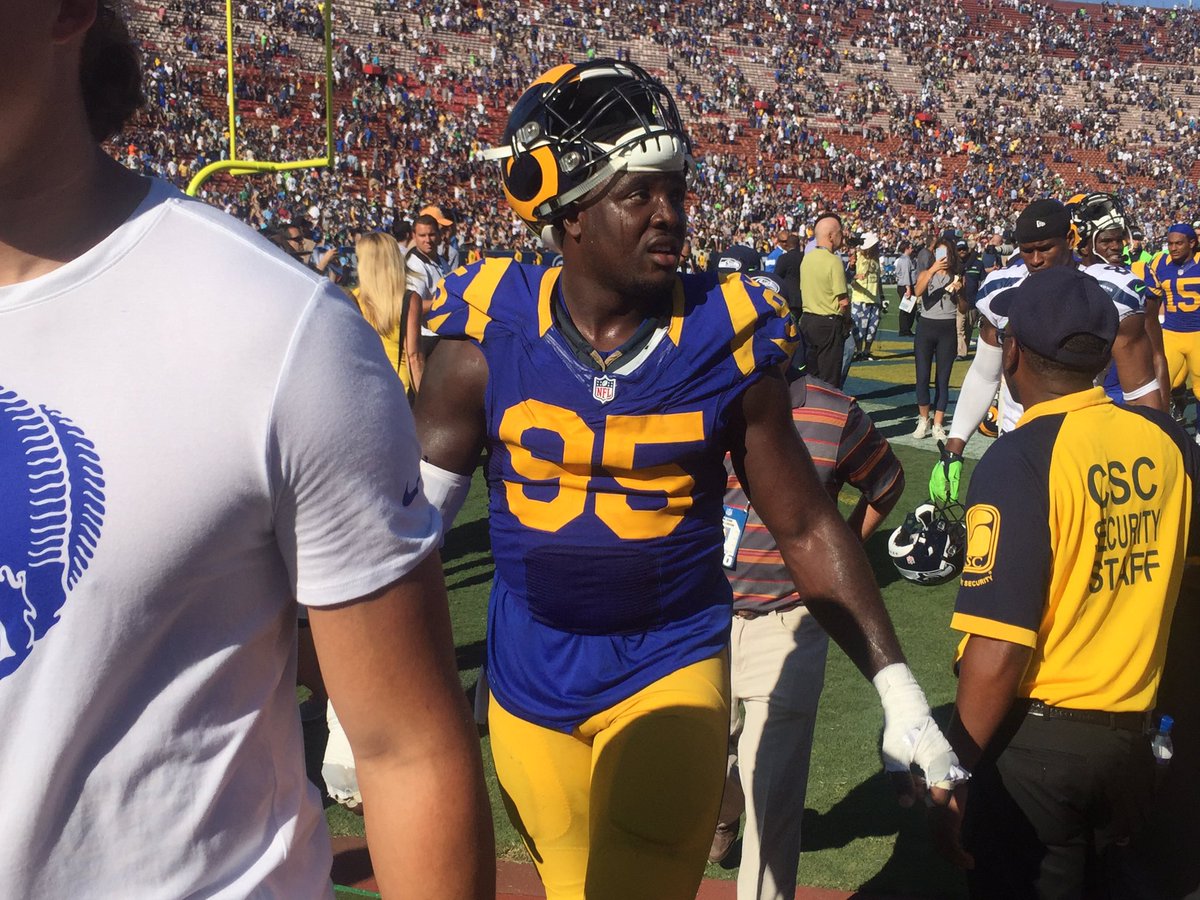 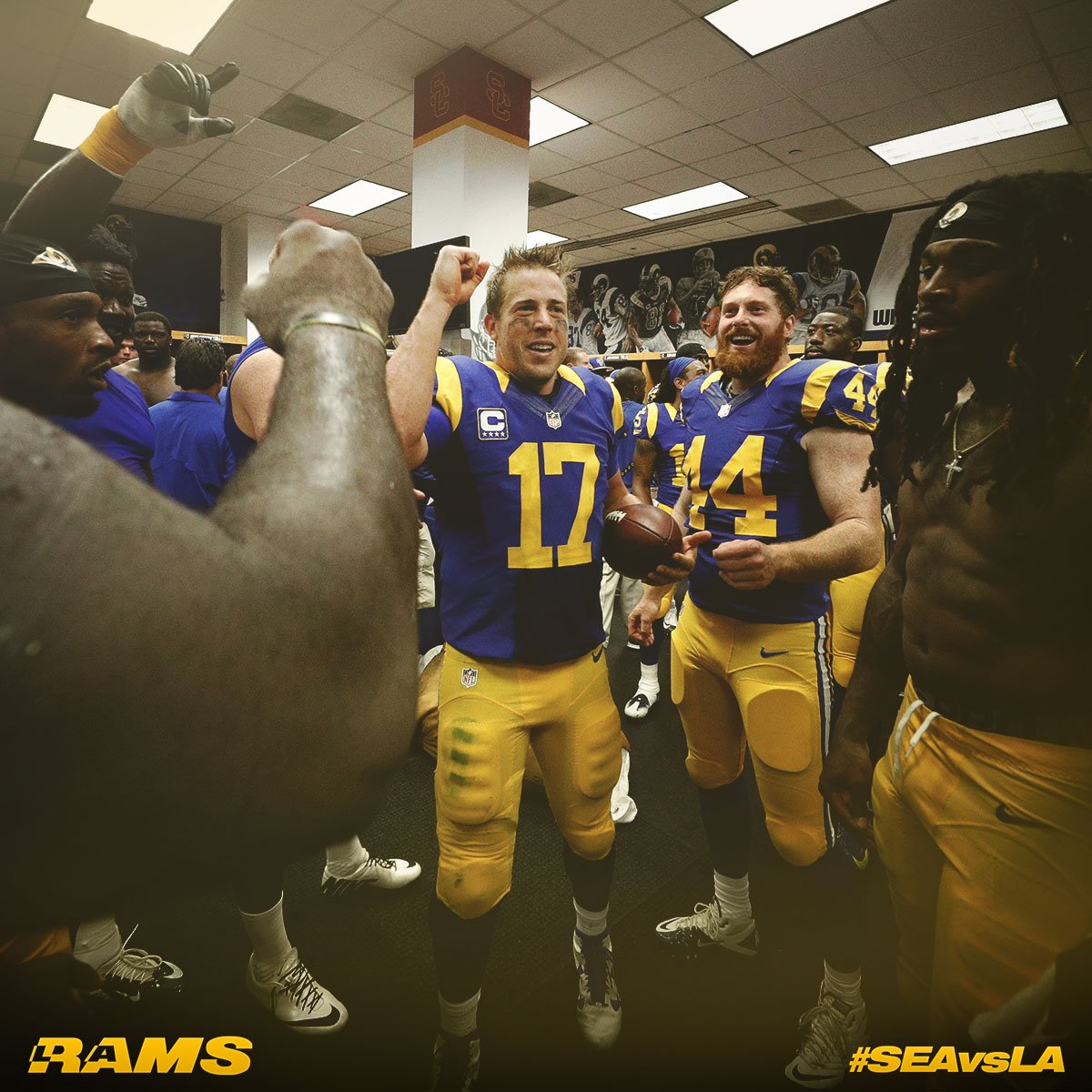