"There is nothing more annoying than the phrase ‘it isn’t even close.’ Yet, when it comes to the top of the college football records book for career passing yards, it really isn’t even close. One man had a clearly more statistically successful sojourn in the greatest sport in the world…

"Houston Cougars quarterback Case Keenum is that one man that sits atop the CFB records book for the most career passing yards. During his six-year college career, Keenum tallied 19,217 passing yards. Even if Zappe had repeated his record-setting 2021 college campaign in three consecutive seasons, he wouldn’t have topped Keenum’s career record.

"Now, it’s easy to point to Keenum’s six seasons at Houston for his place in the college football records book. However, he was forced to miss his first year with the Cougars due to the lasting impact of a high school injury. Meanwhile, he played in just three games of the 2010 season after suffering a knee injury.

"Keenum holds a number of the quarterback CFB records. In addition to owning the career passing yards mark, the former Houston QB’s three seasons with over 5,000 passing yards remains a record. He also holds the record for games with over 300 passing yards, having hit that mark 39 times in his career.

“His 155 passing touchdowns remain a record, as do his 1,546 career pass completions. While his 9 touchdown passes thrown against Rice in 2011 remarkably isn’t a record, it is astounding. As players less frequently complete four — let alone six — years at the college level, it’s unlikely that we’ll ever see a college career quite like Keenum’s ever again…”

While his 9 touchdown passes thrown against Rice in 2011 remarkably isn’t a record, it is astounding.

While in the pouring rain!

Rice kept pressing Edwards, and he made them pay!

Isn’t the record 11 held by a guy named Klingler ?

Why it’s untouchable : Klingler set several single-game and career passing records during his time at Houston (that were later broken), but this one could be his most notable. He tossed six touchdown passes in the second quarter of a blowout win over Louisiana Tech in 1991. Offenses rarely get six possessions in a quarter, much less time to throw it to the end zone six different times. Klingler also holds the NCAA mark for most touchdown passes in one game (11).

The Rice Owl approves of this message. 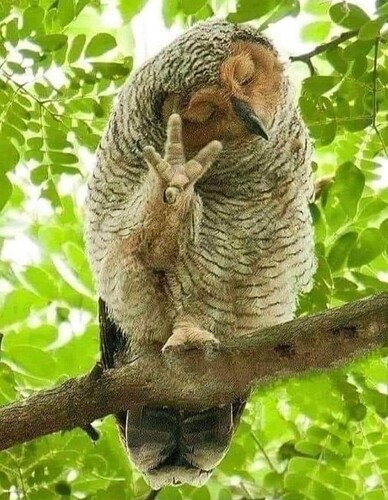 Didnt he score most of the Rice tds after the rain stopped?

The Houston Cougars steam rolled the Rice Owls in a Conference USA match up. The game started off with a 100-yard kick off return for a touchdown by Houston. Cougars quarterback Case Keenum was on...

The Houston Cougars steam rolled the Rice Owls in a Conference USA match up. The game started off with a 100-yard kick off return for a touchdown by Houston. Cougars quarterback Case Keenum was on fire putting up stats that are gaudy even for him. Keenum ended the day completing 24 of 37 passes for 534 yards and 9 touchdowns. That is not a typo, Keenum threw 9 passing touchdowns, just two short of the NCAA single game record held by a former Houston quarterback, David Klingler with 11.

Keenum wasn’t the only Houston player with a ridiculous night however, as Houston wide receiver Patrick Edwards averaged 45 yards per catch. Edwards ended the day with 7 receptions for 318 yards with 5 touchdowns. All of Edwards touchdown receptions were at least 20 yards.

The Owls actually took an early lead in the game, as the Houston offense was slow to get going. Rice jumped out to an early 17-7 lead thanks to a rushing touchdown and a Case Keenum fumble returned for a touchdown. After Rice went up 20-14, Houston scored 38 straight points to put the game away. Keenum threw his final touchdown pass with 10 minutes left in the fourth quarter to finish off the scoreboard, 73-34.

You nailed that one! We had some great memories from Case and Ward games.

Remember the back to back onside kick game! Somebody would have to tell me year and QB