Top B12 team in CFPmeans that 2nd B12 team is autobid to Sugar Bowl. Simple as that. Besides, great opportunity (ie target) for UGA to take out their frustrations.

I’d be the first to criticize the playoff and NY6 bowl system but here I think you are grasping at straws. The Big 12 and SEC have a deal with the Sugar Bowl where when the bowl is not hosting a playoff game, the no 2 team in both conferences will meet. When this arrangement was made no one could have predicted what the rankings of the participants might be. Texas finished 2nd in the Big 12, WVU despite being ranked higher did not.

It could easily be that the no 2 Big 12 team is ranked as high as 5 someday and plays in this bowl. The arrangement is not predicated on rankings.

Anything that guarantees Herman another loss is something to be savored.

Anything that guarantees Herman another loss is something to be savored.

AMEN! We all should be a Georgia fan for a day!

Oh, yes. I’m a Georgia fan on that day. If texas was playing the Taliban, I would not be pulling for texas.

The Taliban has a football team? Gives a completely different meaning to the Run and Shoot Offense.

It’s more of a hide and shoot!

Gives new meaning to the phrase “to die for your team”.

Cfp ruined itself. This is the 4th year and 2 of the. 4 teams have been in each one or so it seems. Then you have screwy bowl fallout. I harken back to the old days of just 15 or so bowls.

Isn’t this scam/Ponzi scheme clear enough?
Every few days or so a new thread comes up about a G5 getting an invite to the cfp. Have you all been hypnotized or what?

I am sorry but I have to ask. How many espn insults can you take? Seriously friends you have to come to the realization that a G5 has no chance whatsoever to get a cfp invite. Everything good about college football is being put aside by the cfp. We have come to the point where we are at the brink of normal lunacy. First it was Utah then Boise State and now UCF. All were or are undefeated G5 Teams. However none have been recognized National Champion. You keep hearing/reading about S.O.S. don’t you remember what Boise State, Utah & UCF have said multiple times? None, none of the so called Power brokers want(Ed) to play them.

Isn’t telling that websites are created to illustrate this recycle bin of a cfp? College Football Playoff committee has an impossible job selecting the best 4 teams because SEC and ACC schedules are the biggest scams in college football.

How long are you to keep drinking this snake oil Kool aid, friends?

When CFP was evolved from BCS, the so-called P5 conferences basically made minimum 35 millions out of thin air. There were 4 BCS bowls. So, maximum 7 teams from BCS Conferences. CFP has 6 bowls that require 11 teams from P5. 5 more teams. 1 Final that is 2 more team. Total of extra 7 teams, which will get paid $5M per team. It is all about money.

You forgot one important part, the guaranteed $54M each P5 conference gets from the CFP. This is why there will not be a P6. They do not want to share their split of the CFP money. If anything happens, there will be a P4.

Yes, it’s all about money. 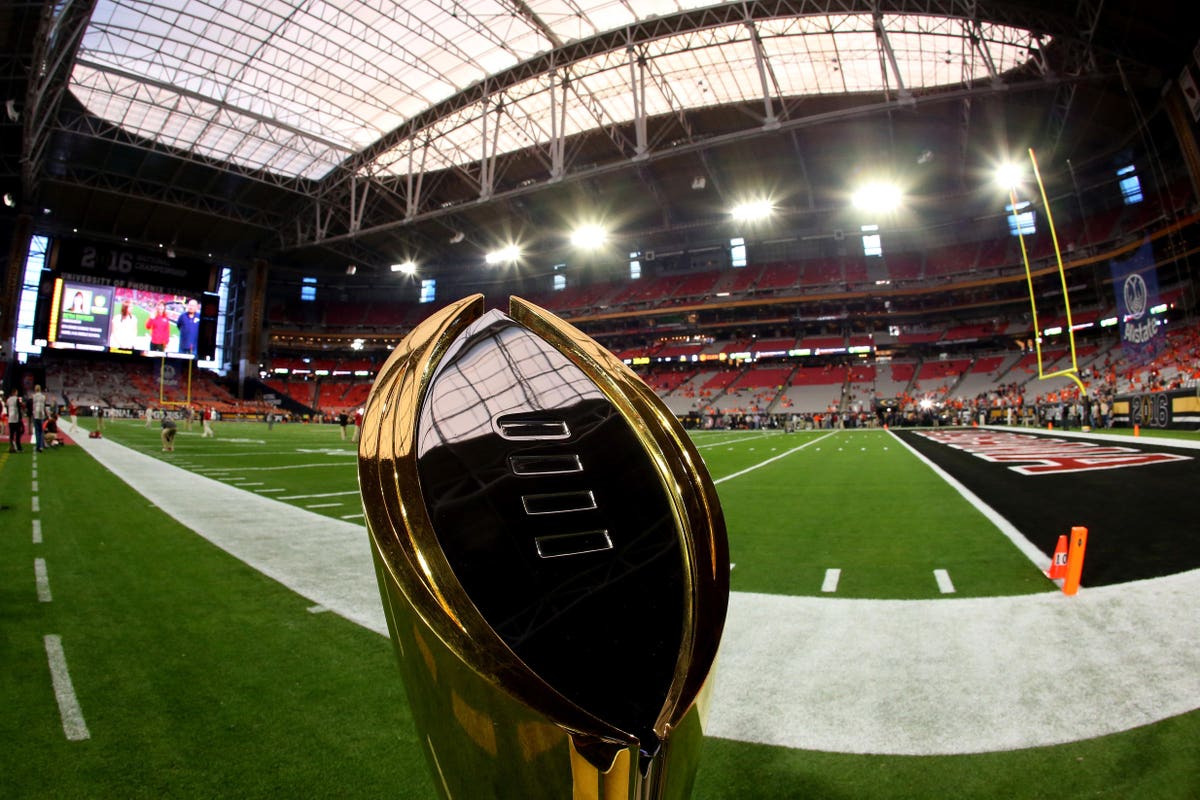 This season, the College Football Playoff and its associated bowls will pay out more $460 million to conferences. Who's taking home what?

It’s definitely about the money and I think it is more likely that the system goes to a P4 realignment than a P6 expansion. The big boys realize that overall interest is diluted when fans realize they are in a crap bowl so the tendency will be to “cut the crap”. Unfortunately I think that’s where we get lost in the shuffle.