You’re no doubt familiar with nicknames like the Big Apple and City of Light, but do you know how cities like New York and Paris earned their famous sobriquets? The backstories behind some of these monikers are straightforward — as in, literal-translation-of-Greek straightforward — while others involve everything from horse racing to molasses. Here’s how seven famous cities got their nicknames.

The Big Apple (New York)
The New York City cityscape.Credit: Emiliano Bar/ Unsplash
Before it was used to refer to The City That Never Sleeps, a “big apple” was an idiom used to mean a very big deal, an object of great desire or big dreams. The first time New York City was referred to as a “big apple” in print may have been in 1909, when American journalist Edward S. Martin wrote in his book The Wayfarer in New York that those in the Midwest are “apt to see in New York a greedy city … it inclines to think that the big apple gets a disproportionate share of the national sap.” The phrase doesn’t seem to have been intended as a nickname, however — especially since the name in question wasn’t capitalized.

In fact, it was actually a horse-racing column published by the New York Morning Telegraph that popularized the term: “The Big Apple. The dream of every lad that ever threw a leg over a thoroughbred and the goal of all horsemen. There’s only one Big Apple. That’s New York,” racing journalist John J. Fitz Gerald wrote in a 1924 column eventually called “Around the Big Apple.” However, Fitz Gerald apparently first heard the term from two Black stable hands in New Orleans. As etymologist Michael Quinion explains, “the Big Apple was the New York racetracks … the goal of every aspiring jockey and trainer … for those New Orleans stable hands the New York racing scene was a supreme opportunity, like an attractive big red apple.”

The expression was later popularized by jazz musicians in the 1920s and 1930s, then picked up in the 1970s by president of the New York Convention and Visitors Bureau Charles Gillett, who began a tourism campaign around the slogan that was designed to counter New York’s rising crime rates and bad reputation, among other issues.

City of Light (Paris)
General view of Paris at dusk with the Eiffel Tower and the Hotel des Invalides.Credit: Mike Hewitt/ Getty Images News via Getty Images
This one isn’t just literal. Paris was indeed among the first major cities in Europe to use street lighting, in an effort to deter crime, but its evocative moniker is more metaphorical than you might expect. France’s capital was also an unofficial capital of the Age of Enlightenment, which in France is considered to have begun in 1715 and ended in 1789 — a period bookended by the death of Louis XIV and the French Revolution, respectively.

Also known as the Age of Reason, this movement was hardly limited to Paris. Still, it was there that philosophers like Voltaire and Jean-Jacques Rousseau espoused many of their most influential ideas; where the Montgolfier Brothers launched the first human-powered flight of a hot-air balloon; and where the Treaty of Paris was signed in 1783 (ending the American Revolution), among myriad other historic achievements. Next time you swoon over an image of the city lit up at night, keep in mind that light bulbs also represent ideas.

The Windy City (Chicago)
Night view of the a Chicago theater.Credit: Benjamin Rascoe/ Unsplash
Believe it or not, this one probably has nothing to do with weather; although situated on Lake Michigan, Chicago isn’t even especially windy when compared to other major cities, at least not in the literal sense. Rather, the moniker likely comes from the once-common perception that residents of Chicago in general and its politicians in particular were “windbags” who were “full of hot air” — which is to say, given to making grandiose claims that weren’t altogether truthful.

The most common origin story for the nickname is a column written by New York Sun editor Charles Dana in 1890, when the two cities were competing to host the World’s Fair three years later. In it, he advised anyone reading to pay little mind to the “nonsensical claims of that windy city.” There’s just one problem with this theory, widely accepted though it is: There’s no evidence that such a column was ever written. Even if it did exist, Chicago had already been known as the Windy City since at least the 1870s.

The Big Easy (New Orleans)
Steamboat River Boat Natchez docked on the Mississippi River in New Orleans French quarter.Credit: Edwin Remsberg/ The Image Bank via Getty Images
If you were lucky enough to spend time in New Orleans circa the early 1900s, you may have found yourself at a dance hall called the Big Easy. And while that nickname for everyone’s favorite Creole-inflected city didn’t take off until the 1960s — when Betty Guillaud, a gossip columnist at the Times-Picayune, used it to highlight the differences between laid-back NOLA and bustling New York — the connection to music is indisputable.

Jazz was born in the city’s Black communities, and the rich musical legacy of New Orleans goes far beyond that genre. Some attribute the Big Easy nickname to the comparative ease with which aspiring musicians could make both a living and names for themselves in N’Awlins; whatever the case, the sobriquet was well known enough by 1970 for James Conway to name his crime novel set in New Orleans after it.

As with many nicknames, it’s likely that each of these holds some responsibility. That’s especially fitting for a melting pot of a city like New Orleans, where variety isn’t just the spice of life — it’s a way of life.

City of Brotherly Love (Philadelphia)
A view of the LOVE public artwork in Philadelphia.Credit: Zack Frank/ Shutterstock
Anyone who’s studied Ancient Greek will know this one: Philadelphia literally means “brotherly love” (phílos adelphós) in that language of yore. It was named by William Penn, who founded the Pennsylvania Colony and was an early member of the Society of Friends, better known as Quakers; his experience with religious persecution inclined him to make both the colony and the city a place where people were free to worship as they chose.

In addition to being noble in and of itself, this also had a highly positive effect on Philadelphia. Penn’s goodwill improved relations with Tammany, the Chief of the Lenape peoples, and helped transform Philadelphia into what was then the largest and most important city in America.

The Eternal City (Rome)
A cityscape view of the city of Rome.Credit: iam_os/ Unsplash
The Roman Empire didn’t actually last forever, but that didn’t stop poets and other scholars from predicting that it would. Tibullus is widely credited as being the first to refer to his fair city as “Urbs Aeterna,” which in Latin means “Eternal City”; another poet, Virgil, later went on to use the line imperium sine fine — meaning “empire without end.”

The exact line Tibullus used in his first century BCE poem “Elegies” was “Romulus aeternae nondum formaverat urbis moenia, consorti non habitanda Remo,” which translates to “not yet had Romulus drawn up the Eternal City’s walls, where Remus as co-ruler was fated not to live.” The empire itself might not have been eternal, but Rome is as magnificent as ever thousands of years later.

Beantown (Boston)
George Washington Statue in the Boston Public Garden.Credit: joe daniel price/ Moment via Getty Images
Though it’s also known as the Cradle of Liberty and even the Hub of the Universe by some, no nickname has stuck to Boston quite like Beantown. On one level, the origin is as simple as you’d expect: Boston baked beans are a regional dish differentiated by the use of molasses for a bit of sweetness alongside the salt pork and/or bacon flavoring. There’s also more history to it, as the tradition dates back to the 17th century and involves both Native Americans (who made baked beans without the molasses) and the slave trade (which is how the area got much of its molasses in the first place).

For quite a long time — even through today, to an extent — Beantown was used more by sailors and other visitors than it was by actual locals. Some nicknames aren’t quite as beloved by natives as they are by the rest of us.

Chicago was referred to the “windy city” by a columnist in the Cleveland Plain Dealer. The reference was to their politicians being windy. I don’t know the exact date but it was the early 1900s and I think one the of political parties was holding their convention in Cleveland at the time. However, having lived in the city for 12 years, I can testify that, from having lived on the North side near Lake Michigan, it is indeed windy, especially in the winter.

I always thought Chicago was the “windy city” because those hotdogs created a lot of flatulence.

I thought we were Space City. 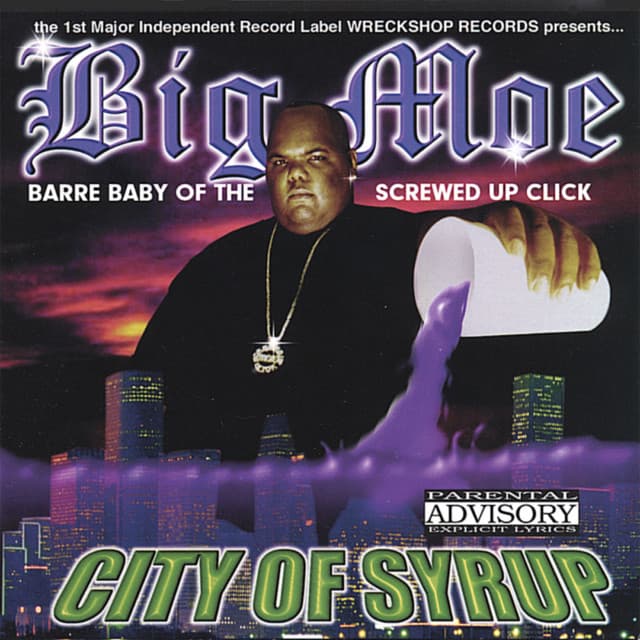