The Coogs played at least two exhibition games vs Moores Padres.
4/4/96, the Padres won a seven-inning game at Cougar field, 7-4.
On the way back from a three-game sweep of USC, the Coogs beat the Padres at Hi Corbett Field in Tucson, AZ, 3/13/00, by a score of 10-7. The next day they beat the University of Arizona there, 10-4.
Padres MLB & AAA pitchers suited up for UH and did all the pitching in both of those exhibition games.
The first UHBB game I ever saw was an exhibition game vs the Astros in The Dome in 1983. 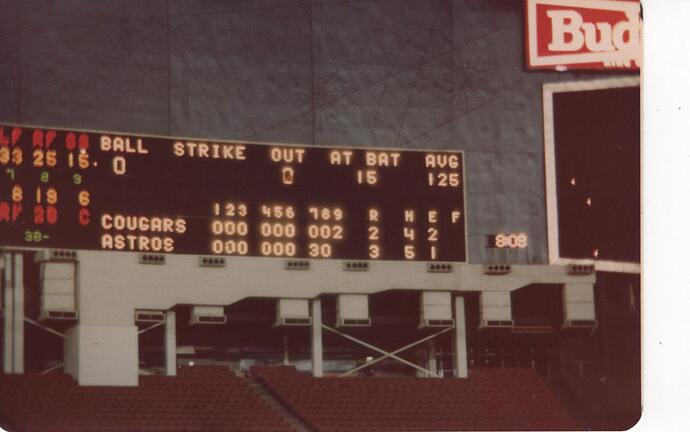 Electric environment. Mr. Gwynn gave out gifts and spoke to the players before the game. The entire city came out that night. I think Brett Cooley pitched that game Many of us traveled for that series.

What Coog baseball player was the little brother of an all-time great NFL QB?