With only two meets left before conference, cross-country travels to College Station to face their toughest competition so far this season. 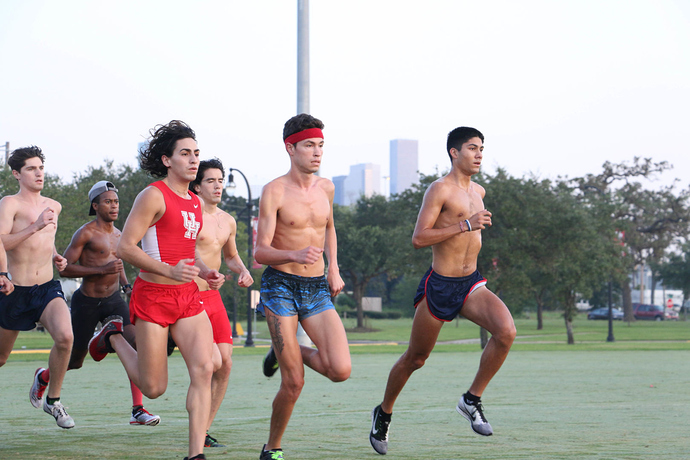 The Texas A&M Invitational on Saturday will give the Cougars their best window in terms of seeing how they will perform at the championship meet. Notably, the meet will be the first time that redshirt senior Brian Barraza, redshirt junior Blake Contreras and junior G.J. Reyna will be running together since 2015. 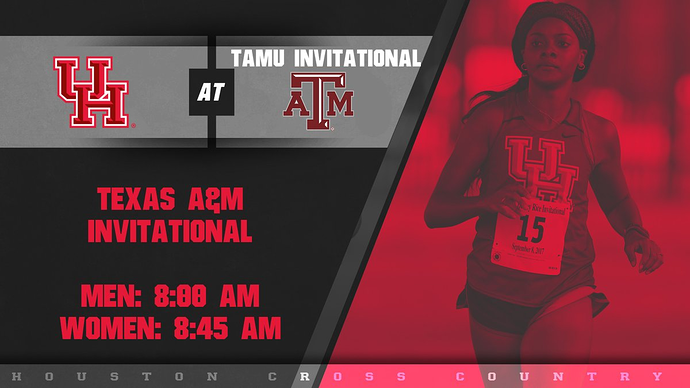 Watt’s Cross Country Course will also be the site of the NCAA South Central Regional in November. 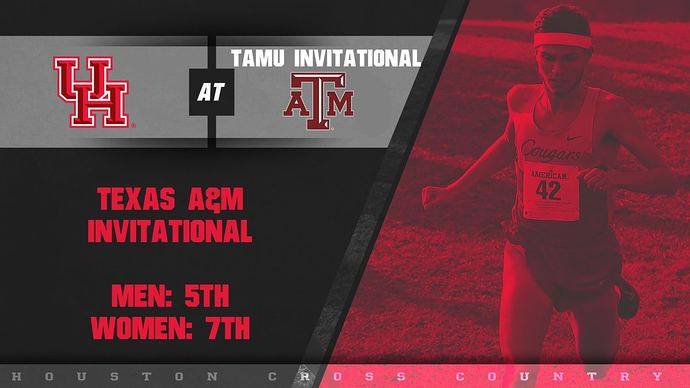 Barraza sat second through the 2,000-meter split of the 8,000-meter race but made his move around the 5,000-meter mark, pushing through 17:08. Running right alongside Alex Riba of the host Aggies, Barraza pulled away late to cross the line first in 23:51.5.

G.J. Reyna continued his impressive start to the season with another top-20 finish. A week after winning the Rice Invitational, Reyna crossed the line in 24:39.7 to finish 19th. A pair of seniors in Chris Wallace and Gabe Lara crossed the line next for the Cougars with Wallace finishing 27th in 24:48.0 and Lara placing 43rd in 25:04.3. Matt Parmley (62nd) and Devin Fahey (70th) rounded out the scoring for the Cougars after finishing in 25:24.5 and 25:35.3, respectively.

The Cougar men finished fifth overall as a team with 137 points.

On the women’s side, Jennifer Dunlap made her season debut while finishing as the Cougars’ top finisher in the meet. Dunlap crossed the line in 21:56.9 to finish 24th with Meredith Sorensen finishing right on her heels in 25th at 21:57.6.

Ebony White was Houston’s third finisher at the meet, crossing the line in 50th with a time of 22:37.3, while Emely Morgado finished less than a second later in 22:38.1 to place 51st.

Kristin Powell rounded out the scoring for the Cougars in 73rd with a time of 23:18.7.

The Cougar women finished seventh overall as a team with 198 points.