Dan Mullen out at Florida

What the hell is in the water down there that Florida, Florida St and Miami are all trash right now.

Expert roundtable: Who Florida should hire as its next head coach

The Dan Mullen era is over. 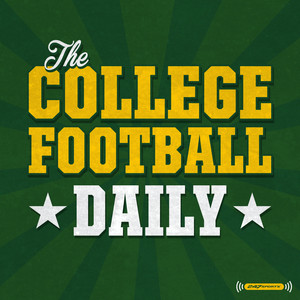 🚨Bonus Episode🚨Dan Mullen out at Florida and the recruiting implications...

Listen to this episode from The College Football Daily on Spotify. National Recruiting Analyst Andrew Ivins joins the show to break down what went wrong for Dan Mullen at Florida and what the Gators need to do to re-energize their recruiting efforts....

Glad DH turned it around and we arent on that list.

Man that that list is really just throwing darts lol

It’s funny to me that Bob stoops always shows up on these lists. He had to quit because of health reasons. He’s not coming back to coaching, the stress will kill them

I am of the opinion that some of these schools would be better served upgrading the assistants and doing it like Alabama where you may have an analyst in waiting since you know the up and coming analyst will be head coach some day. It also helps with game planning. Saban is and has been way ahead in this regard. Some guys are going to get paid because there isn’t this many IT coaches this year.

Fickell needs to go somewhere that’s all I know. Turnabout is fair play in the AAC.

Fickell’s wife was spotted in Gainsville looking at houses, pass it along.

Glad DH turned it around and we arent on that list.

Glad DH turned it around and he is not on that list.

yeah, I liked how he shut down the Tech rumor pretty quickly.

Sooooo many openings this year

I hear Judas was spotted with a new grill with a gator on it!!!

First and 10: There are only 3 choices for Florida’s next Head Ball Coach....

I think CDH prefers being in a city than being in a fishbowl that those college towns are.

There are no “no brainer guys” out there. I can’t think of anyone who you could point to and say “I got to have that guy”.

The two guys that strangely enough I think could take on these high profile jobs and do well with them are tied to us.

Dana and Tom Herman could take on these jobs and win and survive. Dana just because he doesn’t give a crap what anyone thinks and Hernan because he has learned not to be a complete jerk.

Florida recruiting=disorganized and did not make sense.

If he didn't have to recruit, he'd have won a national title: What went wrong...

Listen to this episode from The College Football Daily on Spotify. A near-genius, Dan Mullen thought he could out-evaluate and then out-scheme everybody in college football. It worked until it didn't. With Florida moving on from its head coach,...