Do shooting percentages go down in domes?

A friend and I were wondering if shooting percentages go down in the Final Four. Anecdotally it seems it would because it’s such a different look when you are in the middle of a giant football stadium, all that space behind the baskets.

There is some evidence to support this:

Last year, USA Today reported that there was a considerable drop-off in scoring totals in games that were played in domes. This phenomenon has become known as “the dome effect.” In fact, games played in domes resulted in scores up to 20 points lower than regular season averages and 14 points lower than early round NCAA tournament games. Lower shooting percentages have proven to be the norm in the Men’s Final Four games, which have been played in large venues since 1997. 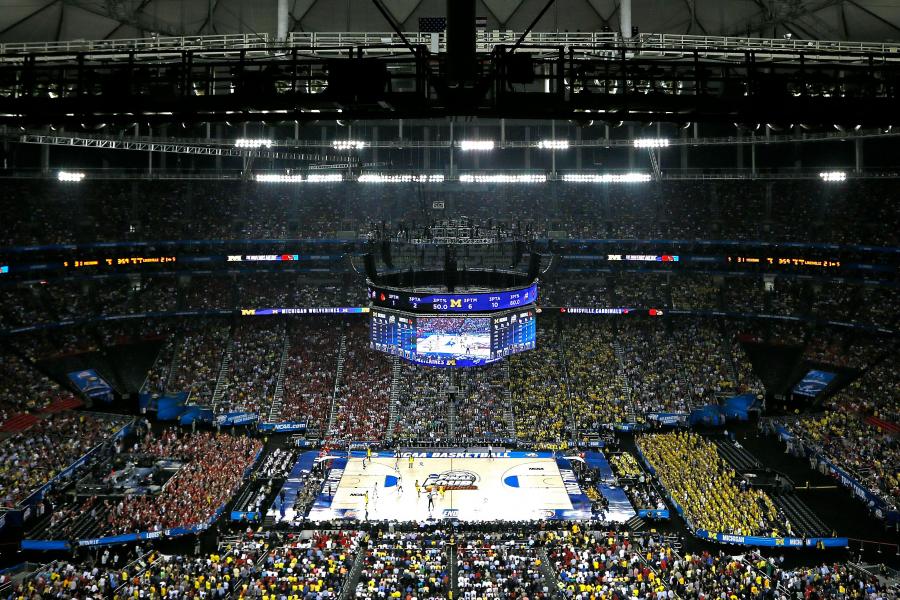 According to ESPN Men’s Basketball Tournament statistics , over the last decade, nearly 75 percent of teams that made the Final Four had a lower shooting percentage in their late round games than their overall tournament average...

The court set up this year should be better for shooting since they don’t have the court in the middle of the stadium.

It’s weird optics. At the arena, it appears to be very distracting. Watching the games last night, it seemed much cozier from the camera angles they showed.

Optics change from gym to arena to dome.

Yep it makes sense, and the data backs up that dome / large venues games, shooting goes down.

5 minutes in, 2 points, shooting was terrible

I agree it’s probably optics, depth perception, or something like that Get a recap of the Utah Utes vs. Duke Blue Devils basketball game.

I coached high school basketball one year, and we were fortunate enough to get to play a game at the Toyota Center. I had some shooters, but their depth perception was thrown WAY off by the vast expanse behind the goal. Kids that were making 30% normally were airballing in there. I imagine Lucas Oil would be even harder.

I had the same issue in ‘The Summit’ during HS. First shot was an air ball. Not even a clank!

It seems to me this could be to our advantage in that we are not a great shooting team, good not great, however we all know about the rebounding… so if it throws off Baylor, it might be more advatageous for us. I dunno, thinking out loud.

@nateski87 Did you enjoy coaching?

Very much so! I just moved away from basketball. I’m a head tennis coach in Cy-Fair now. Been at my school for 9 years, and love my job!

That’s so great! Good to hear.

so if it throws off Baylor, it might be more advatageous for us.

Hate to point this out, but Baylor just played in Lucas Oil and was 8 for 15 from 3. I do think they will struggle somewhat when you factor in our 3 point defense plus the football stadium. We have to hit our shots though.

They had already played one game in Lucas…that helps. I expect for us to benefit as well.

It sure hurt Syracuse since they play in such a small home court. Oh wait…