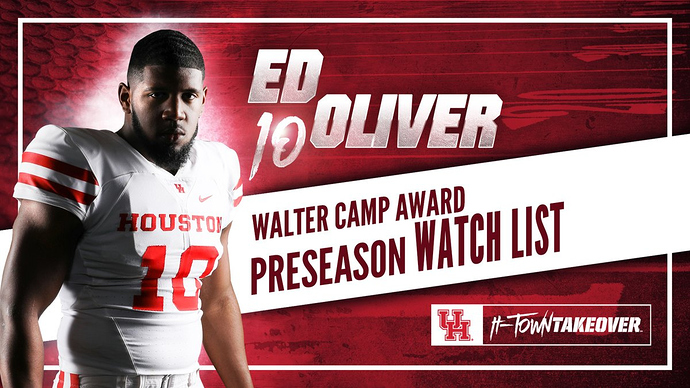 It marked the second consecutive year for the Houston native to earn a spot on the award’s watch list. The 2017 American Conference Defensive Player of the Year, Oliver is one of only two players on the watch list to earn Walter Camp First Team All-America honors in 2017, joining Stanford running back Bryce Love.

With Friday’s announcement, Oliver now appears on preseason watch lists for five national awards after being named to the Maxwell and Bednarik Award watch lists last week and the Outland and Bronko Nagurski Trophy watch lists on Tuesday.

I wonder what the record is for same player being on many lists for the same season?

I’m guessing offensive guys can get more as their are more opportunities. Lamar Jackson was on 6 last year after winning the Heisman the prior year.