Berry Tramel’s going off the reservation trying to come up with how to make college football into the NFL. It’s entertaining crap to say the least. Then you have Mike Bianchi trying to rally the “internationally renowned” city of Orlando to come together for UCF. Also have reports from Air Force, Old Dominion, and Marshall.

Tramel: Merger with SEC or Pac-12 is the Big 12’s only chance for stability

Tramel: Merger with SEC or Pac-12 is the Big 12's only chance for stability

AUG 13, 2016 - Since the departures of bedrock members, the Big 12 has no ideal. Some would say no idea, either, but the real problem has been no ideal. All the options are poor.

Why not just OU and Texas and forget the rest of the Big 12? That’s where the Sooners and Longhorns have some chips. It’s clear that neither wants to join the SEC solo or in a small group. Both would prefer Big 12 survival, maintaining regional rivalries. Both would prefer playing the majority of their road games in the Southwest, not in the Deep South. It just makes sense. 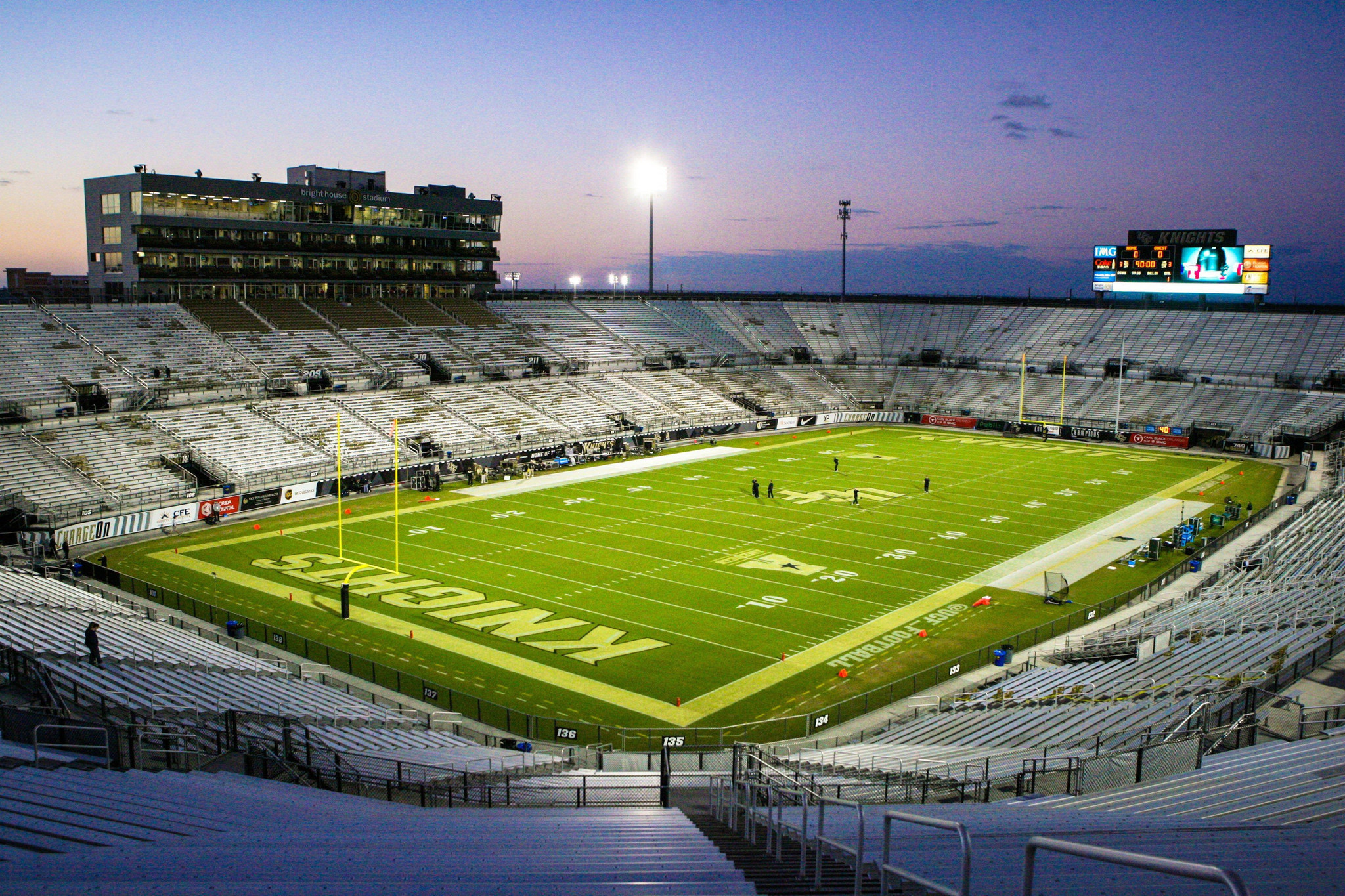 UCF to Big 12 should be priority for Orlando politicians, business leaders, Disney

If I’ve written it once, I’ve written it a million times: Orlando is the biggest TV market in America without an NFL team. Most big cities are terrible college football towns (see Miami, Houston, Philly, etc.) because their local universities are competing with a glut of pro sports teams. Local college football teams are an afterthought in Houston, Tampa and Cincinnati because they are dwarfed by the king of all sports — the NFL.

Air Force on Big 12 rumors: We 'constantly evaluate the landscape of college athletics’

Air Force on Big 12 rumors: We 'constantly evaluate the landscape of college...

Following Friday’s report that it had reached out to the Big 12 to be included as a candidate for expansion, Air Force released a statement that fell well short of a denial. “The Air Force Academy is a vital part of the Mountain West Conference,”...

“Hasn’t everyone reached out?” a source close to Air Force football said in a message to The Gazette. “Would be dumb not to. $20M per year!!!”

As another round of conference realignment looms, East Carolina is lobbying hard to move up to the Big 12, and ODU officials are very likely privately making their own case

Because of ODU’s market size, growth potential and fan base, there’s been media speculation that it could be the favorite. More likely, ODU is a long shot, not because it wouldn’t be a great fit in the AAC, but because the league has so many other options.

Charlotte and Middle Tennessee also offer big markets, while Southern Mississippi and Marshall have smaller markets, but far better football traditions. Rice might also be a candidate if the Big 12 were to take Houston.

The AAC might also look outside C-USA to Army, Air Force or the University of Massachusetts.

Hopefully, that’s the kind of pitch Mike Hamrick is making to AAC officials behind the scenes. Otherwise, the Herd may get left behind again for a team who has a large enough media market to be appealing, despite being 64-61 in the last 10 seasons with only one bowl victory. That would be a bitter pill to swallow and one that would essentially reset the Marshall football program to 1997, when it was stuck in the Mid-American Conference playing against teams on the road in empty stadiums in games that weren’t competitive.

lol I’d invite whoever wrote Houston’s not a college football town out to midtown or white oak on a Saturday afternoon during the season then tell me that. UH has the largest fan base in Houston that isn’t in a Power 5 thus is subjected to playing match ups most other people don’t care about in the city. The number of ill-informed excuses to build cases against UH is comical

That article from the Orlando Sentinel was hilarious all around. Saying that 2 million people in Orlando support UCF is just ludicrous as many are either transplants or UF fans.

His shot at Houston was out of the blue and was just the topping on the cake of a really bad editorial. UCF has its pros, primarily their prime recruiting area, but they’ve got to prove that their athletic department is in good shape.

I saw on comment somewhere that i really liked and i’m going to keep saying it, They said that " UCF is the fourth most popular college on their own campus". not sure if it is true or not but i get the feeling that most of florida is pretty evenly split among UF FSU and Miami. but i guess some could say the same about here (not that it would be true)

When I lived in Jax it was about 40% UF, 25% FSU, 20% UGA, and the rest was some mixture of the others. More FSU around Tallahassee and more Miami around Miami, but UF draws a ton of water across the bulk of the state. Probably more than UT does in Texas. UCF had a really good, full tailgate, but ultimately their crowd is the same size as ours on game day, and for a lot of them it’s their second team or their kid goes there.

BTW this was 2013, so Will Muschamp was embarrassing Florida, Jameis Winston was in a Heisman year, and the ratios were still like I listed. I can only imagine years where UF is good. Also, Gainesville is barely an hour north of Orlando. Imagine how we would do against the aggies if we hadn’t moved up to FBS until the 90’s and had no history before that.

I love the implication that if there’s an NFL team in town, no one cares about college football. Last I checked, most college games are on Saturday and most NFL games are on Sunday. It’s exceedingly rare that there’s a head-to-head matchup for viewers.

Probably not, but I was talking about viewers, not necessarily attenders. I read that part of the article saying college football is an afterthought in an NFL town as no one cares enough about college football to even watch it on TV. That’s insane. With TV market being such a big deal in expansion talks, attenders and viewers should both be considered in the equation. With so many season tix being sold this year for UH, it will be interesting to see how full the stadium is each week. If the stadium is full each week, that should tell us whether college football is an afterthought in an NFL town.