Today’s expansion links include Paul Finebaum predicting an OU exit, the AAC meetings are about to kickoff…maybe for the last time for some schools, another article from the Deseret News expecting BYU to get picked up, why CSU has passed Boise State in the expansion race, and New Mexico State hoping things shake up enough to slip in to a new conference (MWC?) after getting booted by the Sun Belt.

Paul Finebaum: Some Big 12 teams better off in SEC, elsewhere

Paul Finebaum: A major Big 12 team would be better elsewhere

SEC commentator Paul Finebaum is not impressed with the Big 12's expansion plans. He still believes a major program would be better off leaving.

“I think the bigger question is will the Big 12 survive when all this is over,” Finebaum said on ESPN earlier this week. “There are rumors all over the place about other leagues poaching. I believe Oklahoma would probably rather be in the SEC or the Big Ten than the Big 12.”

The AAC kicks off football season with speculation boiling over

Big 12 expansion is going to be a major topic of discussion at media days.

How’s that for finding a silver lining? But perhaps the worst part of this storm, from anyone’s perspective, is how the process is playing out in public. For that, like so much else, blame the Big 12, whose presidents set off this frenzy by announcing they had directed commissioner Bob Bowlsby to reach out to schools that had previously expressed interest.

Ruthenberg: Attractive Cougars may appeal most to Big 12
http://www.enidnews.com/sports/local_sports/ruthenberg-attractive-cougars-may-appeal-most-to-big/article_e4faddef-5913-5a77-947e-3cd09b479b86.html

That leaves, from the American’s courtship, Houston. These Cougars are pretty attractive and have a lot going for them. Coming off a 13-1 season and finishing No. 8 in the national rankings after a solid bowl win, they bring plenty of upside and also fit nicely within the Big 12’s geographic footprint and would not put a strain on travel budgets. Are they worthy of the Big 12? We will find out when they host Oklahoma on Sept. 3.

“We’re one of the winningest programs the last 10 years in college football,” UC coach Tommy Tuberville said this past week. “We’ve got great facilities, excellent fans. We’re going to get better and better.

“It’s all about money, that’s what it is. You need it to survive. We’ve got everybody in place to make that move but if it doesn’t happen, it’ll happen sooner or later. It might not be this time around, but sooner or later it might happen.”

Dick Harmon: Critical vision of Oklahoma's Boren has put BYU in crosshairs of...

It remains to be seen if Big 12 expansion plans will include BYU, but it would be hard to have the Cougars placed this close in national perception as a leading candidate to the Power 5 league if...

I’ve maintained since Texas Gov. Ann Richards demanded Baylor be included in the first Big Eight expansion that BYU would someday be part of that league. I’ve never wavered on that prognostication as the topic has surfaced, even after the implosion of 2010 when TCU and West Virginia were invited. Criticism aside, I never changed my tune.

How CSU, not Boise State, became the Big 12 target

CSU just might be the right school in the right place at the right time.

The Denver television market, which includes Fort Collins, is the 17th-largest in the country. And Denver’s airport, a little more than an hour’s drive away, ranks No. 4 nationally in the number of daily scheduled flights.

CSU has more than 32,000 students, with plans to reach 35,000 in four years. The school has spent more than $1.3 billion on facility upgrades across campus in the past 10 years and is setting new records every year in fundraising, with more than $197 million pledged in 2015-16. Its annual research expenditures of more than $317 in 2014-15 hold a national ranking of No. 75 in over the past decade, according to the National Science Foundation 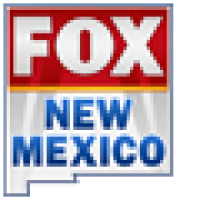 New Mexico State is hoping Big 12 conference expansion will open a door for them to get into a better football conference.

This is happening at a perfect time for New Mexico State Athletics, as their football team is about to end their membership with the Sun Belt Conference after the 2017 season.

“We are monitoring that situation and you know we are hopeful that they do expand or other leagues expand. We hope that there is some movement, which causes some reshuffling and we can slip into a conference. The one thing that we can do is win ball games. We need to make ourselves as valuable as a commodity as we can”, said NMSU Athletic Director Mario Moccia.