Another heavy day as everyone is getting antsy. Coogs get some good press from Sam Khan on ESPN, David Ubben makes some “bold” predictions about the Big 12, ECU promises to deliver North Carolina, and more:

Note: It’s hard for me to include Dallas Morning News articles as they have a 4 article limit each month. Others on this board usually provide the worthwhile articles. 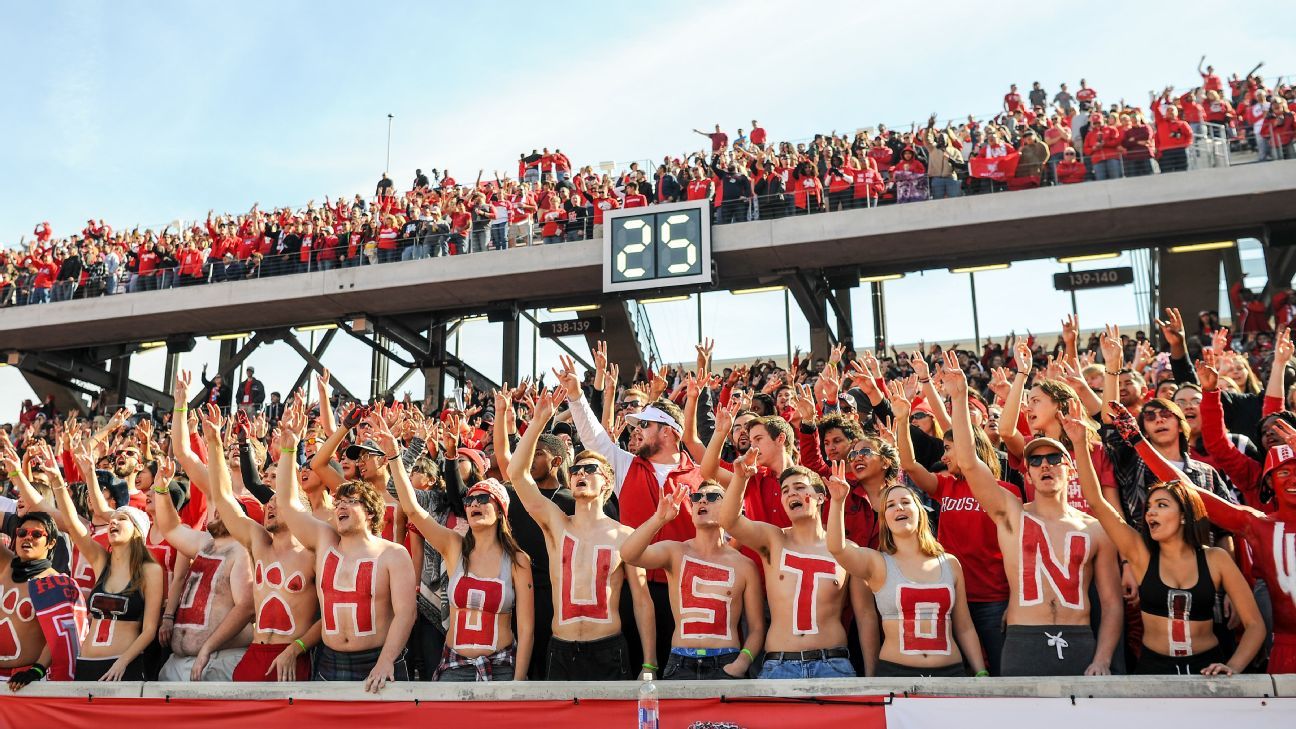 Can big spending get Houston into the Big 12?

Last year, Houston played like a Power 5 team. It's also trying to spend like one without the budget or backing that many in the Power 5 have. It's all in hopes of landing in the Big 12.

Asked what a conversation is like when Herman comes to him asking for something for his program that will cost money, Yurachek laughs.

“He has a phrase he loves to tell me, just ‘Charge it to winning,’” Yurachek said. “When he comes to me it’s something he genuinely identified that he needs to make his program successful.”

Highlighted those three because they involve Houston. Ubben thinks the Big 12 will back down because there won’t be a consensus among the schools, thinks Herman will go to UT or A&M next year - probably UT, and thinks that UH will probably hire Briles to replace Herman.

But, Berry, you said the Big 12 needs UCONN.

“I feel as though my voice is heard,” he said. “Though I always defer, because ultimately, they know more of the bigger picture than I do. But they want to know what’s my picture for football, which is important. There’s great communication there. Those [decisions] don’t seem to be distracting to us. We’re not out there dealing with that. If I’m on the radio and writing, you guys have to. In our world, we’re in here and watching football and getting ready for games. These guys are in school all day. We’re not listening to all that noise. Obviously, our strength overall is there, regardless of what the situation may be.” Houston board of regents chairman Tilman Fertitta said Thursday the school could learn its Big 12 fate within the next three months.

“They have a timeline. We think in the next 60-90 days it will all be over and hopefully the University of Houston will be in the Big 12.”

Sean & Rich talk about the Houston Cougars football team. If the Cougars join the Big 12, how good of a job does it become? They put it ahead of Kansas, Kansas State, Iowa State, & West Virginia inside the Big 12.

You guys are going to kill me for this one since its a 610 link, but Sean Pendergast and Rich Lord talked about the Cougars yesterday in a fairly nice 9 minute conversation about Tillman’s donation and how good the Cougars job would be if they made the Big 12.

8. So how does the league figure out which schools ultimately would help them the most?

Ah, great question. One with multiple answers. But of late, all indications are that Houston has the political juice to gain entry and then it’s BYU, Cincinnati, Connecticut, Memphis and perhaps a few others, including Central Florida and South Florida, fighting for one spot or three spots. There could even be a school totally off the radar that gets invited. 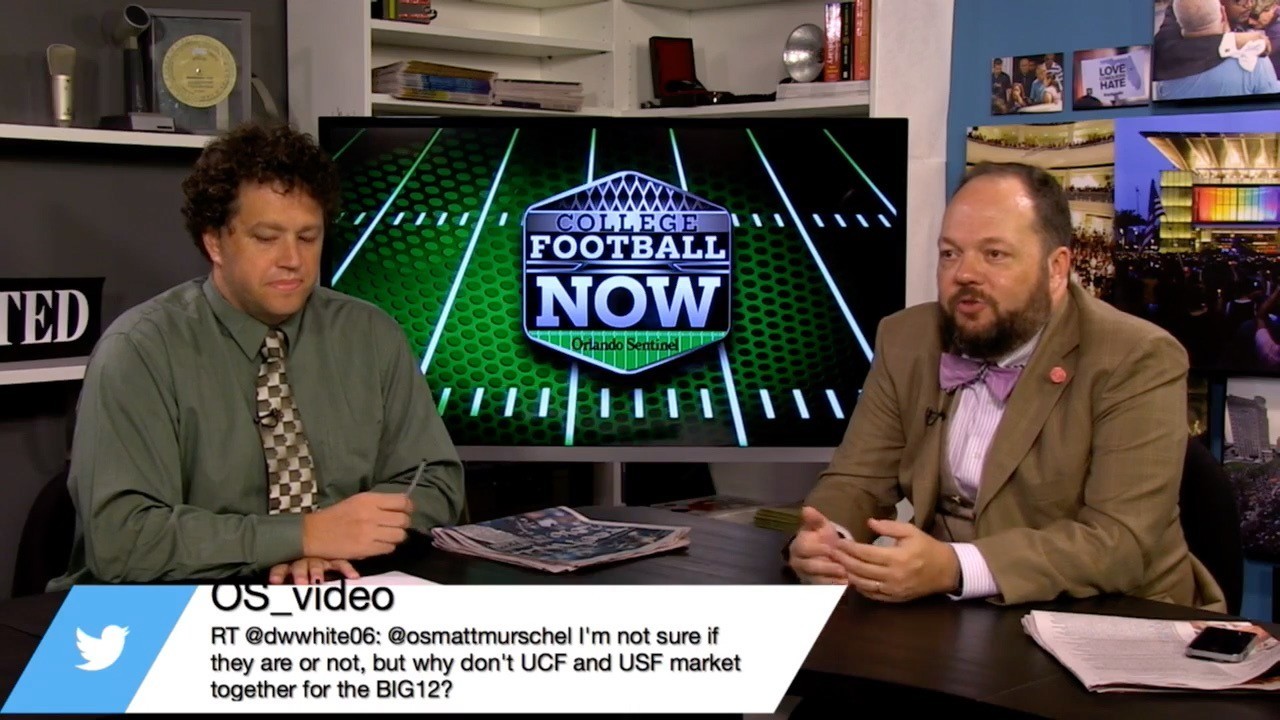 2 minute video with Matt Murschel from the Orlando Sentinel answering the above question. Basically says “every man for themselves.” Also mentions that USF was not supportive of UCF in the past.

In its letter to Big 12 commissioner Bob Bowlsby and the conference's schools, ECU AD Jeff Compher says his program will deliver...

But “deliver the entire State of North Carolina?” As popular as the Pirates may be in the state, do they really stack up when compared to UNC, N.C. State, and Duke, especially when basketball popularity is factored in? That seems a bit unlikely.

Why the MAC works as a football conference - and for UB 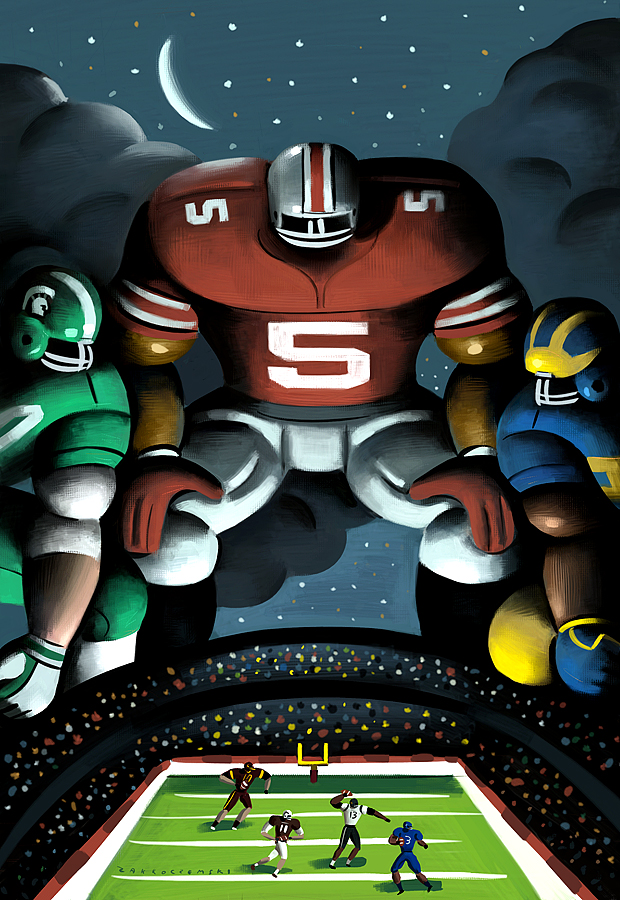 Why the MAC works as a football conference -- and for UB

ESPN play-by-play man Michael Reghi has worked Mid-American Conference games for 30 years and can rattle off thrilling MAC moments as if ...

Conference realignment has run amok the past decade, but the MAC has been the most stable Group of 5 conference. All 12 current members have been in the MAC since 1998, when UB joined.

Massachusetts athletic director Ryan Bamford knows having an independent football program is not a long-term solution. With the Big 12 looking at expansion, the trickle down could open up a spot in a conference for the Minutemen soon. Or not. Regardless, Bamford believes the lonely road is worth traveling to stay in college football’s top tier.

.@UHCougars @HunterYurachek:"If we were ever able to get an invitation 2the Big 12,a renovation to our basketball facility does that for us"

.@UHCougars VP/athletics @HunterYurachek on the Fertitta Center: "It's a major piece to the puzzle regardless of our conference affiliation"

Fertitta says UH hopes for an announcement from the Big 12 in the next 60-90 days.

And the rumor monger tweets:

I am also told nothing has changed w/ regard to #BYU they are the only "no brainer" candidate ... #Houston is close to a consensus as 2nd

There remains a significant chance #BIGXII does not expand, members had agreed an announcement needed to be made by kickoff or ...

...alternate plans would be explored including Texas and OU leaving the conference my sources put no expansion at 40% today #BIGXII

#BIGXII Expansion: #BYU is the only school to have earned their place with fan base, TV draw, and ability to generate significant revenue

#Houston remains the natural fit with built in big games and fan base.

FOX moving to the middle on expansion shows the time is coming to make the move or close up shop. #BIGXII

They have been strongly opposed to expansion, they are now showing a desire to be part of the process twitter.com/mark_helberg/s…

I think FOX likes #BYU because they have consistently delivered big numbers including VS UT twitter.com/htowncoog/stat…

Would include the tweet from Greg Swaim saying that Houston is “Out,” but he blocked me for calling him out on the fact that he’s been wrong about everything for the last 4 years. Oh well.

My guess is Uncle Tillman is eating all this attention up and said he’d pay our buyout of the AAC when we get the invite into the BIGXII. Dude is getting all kinds of publicity right now for his show and restaurants and he is loving it!