Not as many links today as everyone waits on the Big 12.

AS THE BIG 12 MAKES PLANS FOR EXPANSION, TV NETWORKS ARE PREPARING FOR A FIGHT TO AVOID PAYING FOR LESSER CANDIDATES
Andy Staples
http://www.campusrush.com/big-12-expansion-tv-contract-espn-fox-1957715979.html

So watch the rhetoric from the Big 12 in the next few weeks. If the language softens with regard to the pro rata clause in the TV deal, then you’ll know the league and the networks are trying to hammer out an agreement everyone can live with. If Big 12 officials or school leaders continue to take a hard line about enforcing that clause, get ready for fireworks.

Note: Staples on if the networks would except a 2 team expansion:

That's a different deal. Then there may be a compromise Big 12, Fox and ESPN can all live with. twitter.com/jadaily/status…

MANHATTAN, KS - NOVEMBER 21: A general view of the the Big 12 logo painted on the field during a game between the Kansas State Wildcats and the Iowa State Cyclones on November 21,

Which leads us to this big question: How could the SEC and the Big Ten make their television packages more compelling as they come to market in 2023 and 2024?

By poaching the best teams in the Big 12 before their television contract comes up for renewal. These Big 12 schools either pay an exit fee – there would only be one year or two years left on their existing TV deal – or just wait to officially join until the Big 12 TV deal is complete. 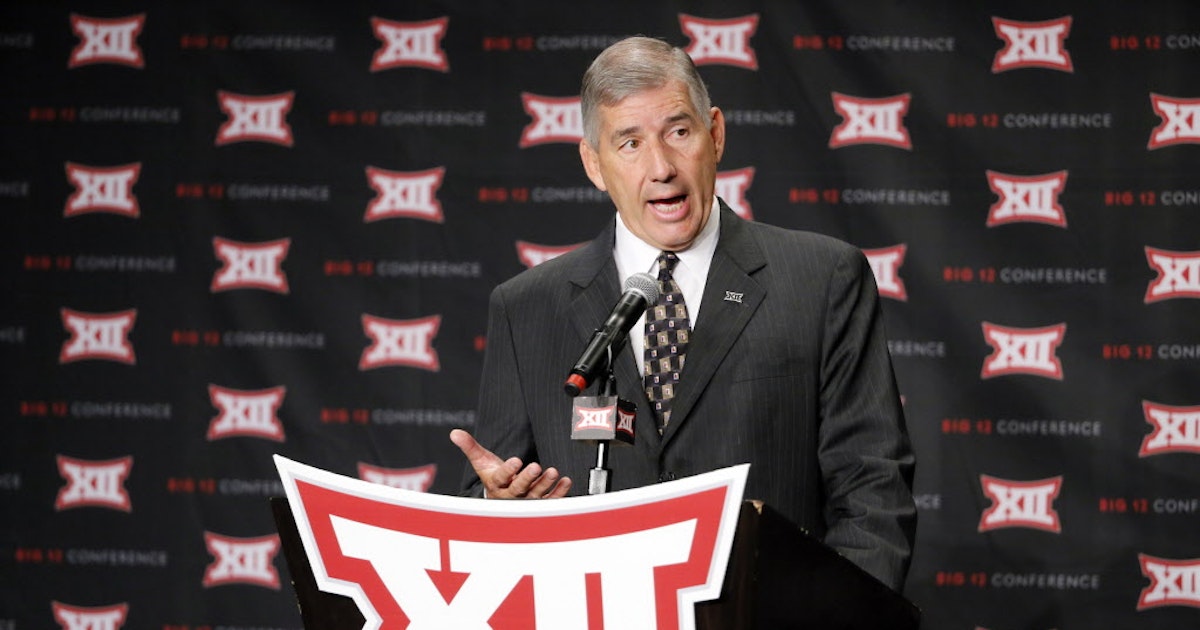 It has been barely two weeks since the Big 12 closed its football media days by signaling it was open for expansion.Since then, a host of schools,...

At the moment, no one school has the eight votes necessary for membership, industry sources indicated. In-depth discussions and inevitable horse trading haven’t really begun yet. 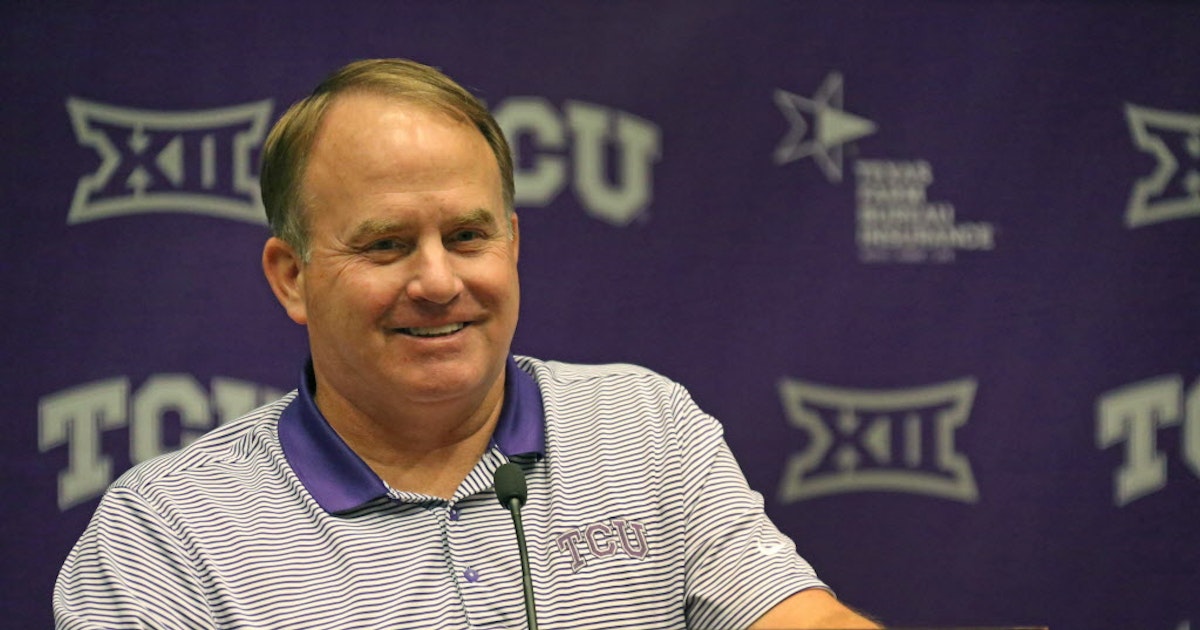 Gary Patterson on expanding Big 12: 'It's not the conference's job to make that...

If anyone knows what it's like to be on the outside of the top tier of college football, it's TCU and coach Gary Patterson.Patterson has first-hand...

“I would prefer not to have to get home at 6 o’clock in the morning like they used to do in the WAC [Western Athletic Conference] and the Mountain West,” Patterson said.

It may be easy to poke fun at it or spin a little humor in the words and phrases used in Big 12 expansion talk, but looking at it straight, there's a lot to digest and understand along the way.

This is pretty hilarious. Good stuff from Harmon.

"Dallas and Houston are top TV markets and the Big 12 would be foolish to leave SMU and U of H on the sidelines. The economic impact to the state and to the schools is significant. Tremors from realignment could register at UTSA

The Big 12’s announcement that it will seek candidates for possible expansion has sparked a flurry of speculation among potential suitors desperate to cash the checks provided to Power Five conference members. Any move by a school from the Mountain...

It still may be a long shot for UTSA to move up. But the fact that the school is even being mentioned indicates how far it has come over the last decade.

The first article from Sports Illustrated / Campus Rush has an interesting take. ESPN and Fox may “go nuclear” and refuse to pay even if the Big 12 expands. I think that is a bluff, but it is a real threat. From the article:

If Big 12 officials or school leaders continue to take a hard line about enforcing that clause, get ready for fireworks. ESPN and Fox are not about to pay full price to get stuck with Aqua’s Aquarium.