New month and the Big 12 finally made a decision…to get rid of a handful of teams. Lot of articles out there, but they basically repeat themselves so I’ll only provide three that really matter:

While at least a dozen schools made the cut, several others did not, including Arkansas State, Boise State, East Carolina, New Mexico, Northern Illinois, San Diego State and UNLV, sources said. 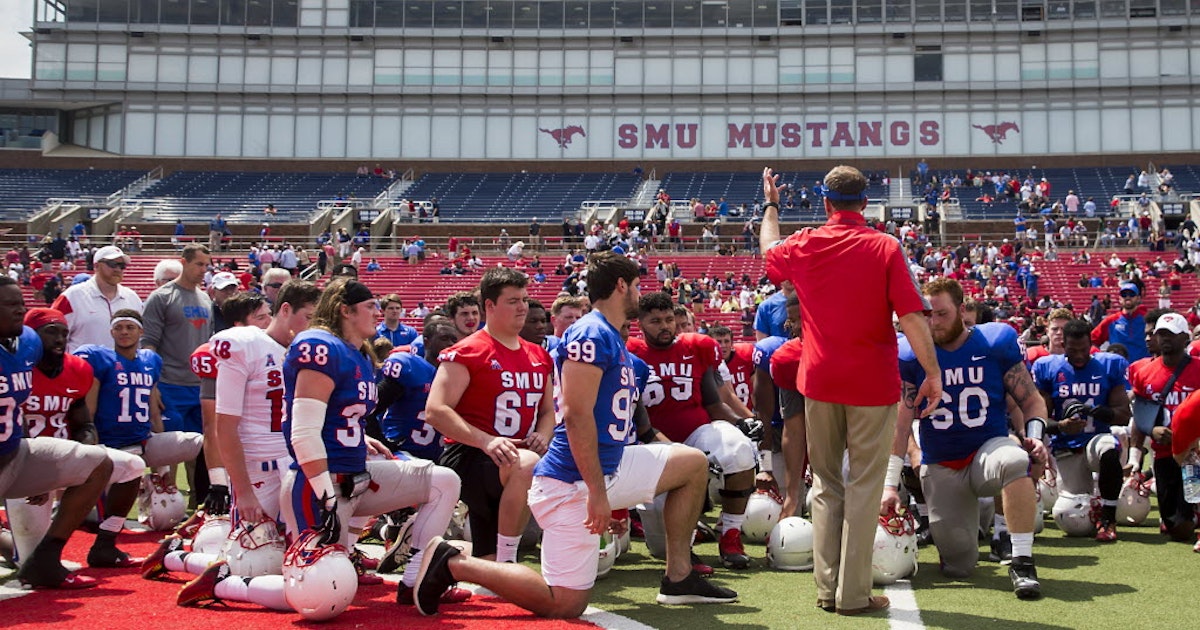 Big 12 expansion update: What sources are saying about most likely candidates,...

Sources indicated that Cincinnati, BYU and Houston remain at the forefront of expansion candidates for now, with the addition of two members the most likely option. Data by Navigate Research has indicated that the Big 12 could increase its chances of reaching the College Football Playoff by 12 percent by adding two members and restoring a conference title game.

Air Force is apparently still in the running for a spot in the Big 12, but only as a prospective “football only

The “football only” caveat attached to Air Force represents a major development, if true. First, it would likely mean the academy would require a smaller piece of the Big 12’s revenue pie to join, which could certainly make its case more attractive to those wanting to keep that money.

Key date to remember in the expansion process is Oct. 17, when Big 12 board of directors has meeting scheduled.

Lot of people asking about Memphis… As of this evening, we’ve been unable to confirm where the Tigers stand. twitter.com/Jake_Trotter/s…

Big 12 commish Bob Bowlsby says, "As you know, we have never commented on who was or was not involved. We are not going to start now."

At this point, I'll be surprised if the Big 12 doesn't add Houston and either Cincy or UConn. twitter.com/jjfuller72/sta…

They have a process, and they do not have resolution on several other areas or unity on candidates. twitter.com/lvutemoir/stat…

The Big 12 expansion efforts are being handled by college presidents, who have to make sure they do not burn any bridges among their peers.
pray10 (Patrick) September 1, 2016, 7:41am #3

BTM:OU Contacts According to OU Contacts USF/UCF/UCONN/SMU/Tulane/UC/BYU/UH are involved in "Deep Vet" by Big 12 Conference.

mobile.twitter.com/flugempire/sta… OU Contacts listed SMU & Tulane but not Memphis? OU Contacts never been high on Memphis..find it hard to believe

OU Contacts never received info CSU was a player, so not surprised by them being left out of "Deep Vet"

Oh..I see someone else is reporting Tulane & SMU as"making the cut" Well.. I do think the page has turned. We are finally on next chapter

Some more info from OU Contacts But it's the same stuff.

BTM:OU Contacts "There is no conceivable path forward on Big 12 Expansion that consists of only two additions"

Messed around and made an image like one of the recruiting announcements: