All the presentations are done as USF, Cincy, and Rice made their presentations today. Bowlsby talked to the Austin American Statesman guys and didn’t say too much, but there were a couple of tidbits in there. Couple of mailbag links where the writers are favorable to Houston and a little bit more detail about how the bonuses to Herman & Sampson will work 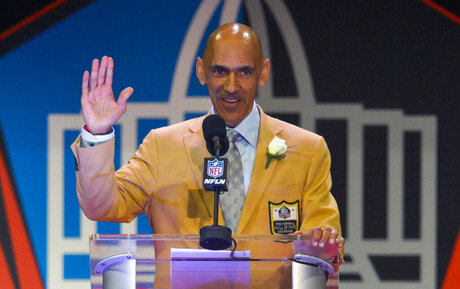 Hall of Fame coach Tony Dungy was part of South Florida's pitch to the Big 12 and former major league first baseman Tino Martinez also went to bat for the Bulls. The Big 12 concluded a week of meetings Friday in North Texas…

There has been no timetable set for the Big 12 to make a decision, but the conference’s university presidents are scheduled for a regular meeting Oct. 19.

Interesting questions from Cedric and Kirk to Bowlsby. He doesn’t say much as he tries to deflect most of the talk regarding specific schools. They do ask him about Houston and their win over OU and he said this isn’t a choice that will be influenced by one game/season. He does say that they are going to look at taking advantage of new media coming down the road when asked about a potential conference network (specifically mentions Amazon & Google getting into live sports). 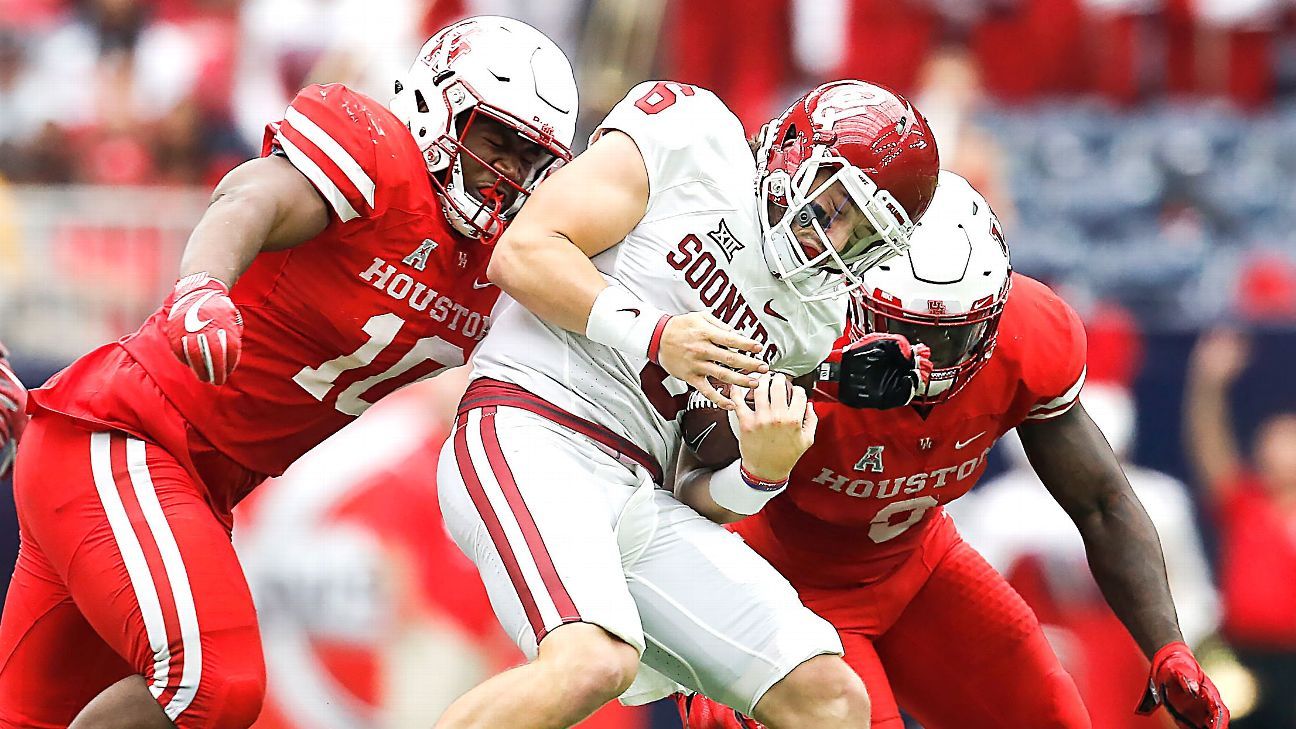 This week's Big 12 mailbag discusses the Texas Tech and TCU defensive debuts, whether OU can bounce back, whether Texas warrants the hype and more.

Trotter: You would think the Big 12’s expansion decisions wouldn’t hinge on a single game, or even a single season. But Houston has so much momentum coming off the Oklahoma win. Not only did the Cougars wax the Big 12’s pre-eminent program, the game delivered a massive 12.8 rating in the Houston market, which backs up the school’s claim that it can help the Big 12 regain ground in Houston. Contrast that with Cincinnati struggling to defeat Tennessee-Martin before a half-full Nippert Stadium and, well, I’d be lying if I said I didn’t think that might have some impact on the thinking of the Big 12 presidents. 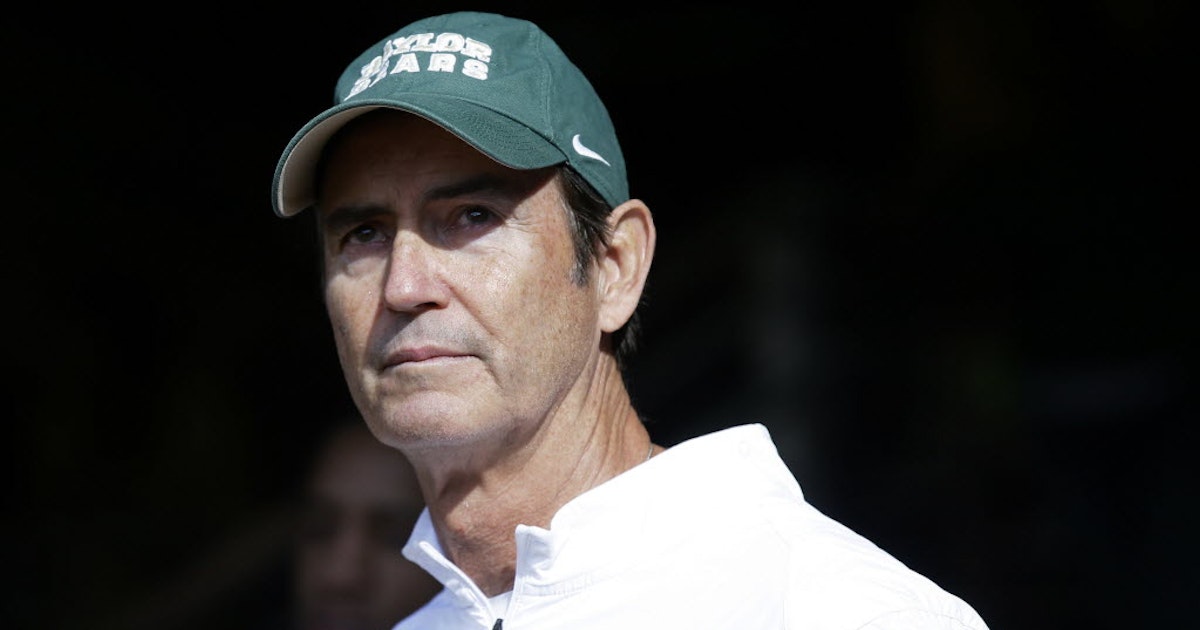 Matt Mosley, co-host of The Afternoon Show with Cowlishaw and Mosley weekdays from 3 to 6 p.m. on KESN-FM 103.3, ESPN Radio, answered your...

They may have lost Bob Stoops’ vote. But I think it’s a done deal. When the folks Austin want something, it generally happens. All the political muscle is behind the Coogs for reasons that have little to do with football. The win over OU only makes the Coogs a more attractive candidate in my mind.

Tom Herman, Kelvin Sampson must stay at Houston to cash in on Big 12 bonuses

If the Big 12 Conference’s expansion derby results in membership for the University of Houston, two of the happiest people on campus will be football coach Tom Herman and men’s basketball coach Kelvin Sampson.

In Herman’s case, on the Feb. 1 following his first full season of coaching Houston in the new conference, if he were still Houston’s head coach, he would begin receiving monthly installments that would total $2.5 million over the next 12 months. If he were to terminate his contract without cause – that is, leave for another job – the payments would stop.

Mainly focused on Bowlsby’s talk with the Statesman guys

My take on Bowlsby's comments? As OU Contacts have told us since July 21st...Bowlsby & Boren going for whole (4) enchilada.

Cash in now then again at renewal.

Sportswriter Berry Tramel of the Oklahoman has been all over the map with respect to Big 12 expansion. Today, he appears quite confident that expansion will not happen. His basic premise seems to be that it is virtually impossible for Big 12 schools to agree on the topic: 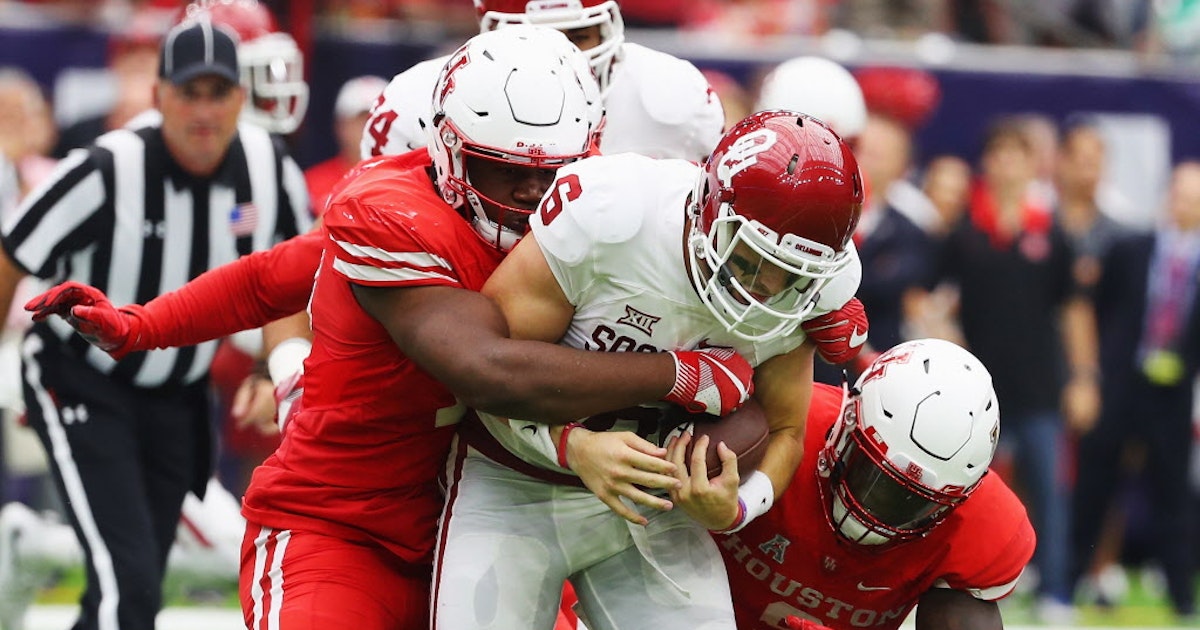 How would Houston to Big 12 affect Oklahoma, Oklahoma State football? Here might...

Berry Tramel, columnist for The Oklahoman and NewsOK.com, recently joined SportsDayDFW's Ballzy podcast with Kevin Sherrington and Barry Horn to...

Thanks for doing that one. Really didn’t want to listen to those guys.

Tramel’s said this before and it is plausible that they hold off for now. Wouldn’t be surprised if this gets extended out until the spring. I imagine the BYU/LGBT issues may have thrown a wrench into some plans.

Still, I don’t think anyone knows until the presidents sit in that room in October.

Not a lot of expansion news out after the weekend. Here’s a few posts from the regular rumor mongers:

Bluevod is a Michigan guy who was saying that up to 6 schools would be leaving soon to go to the B1G: 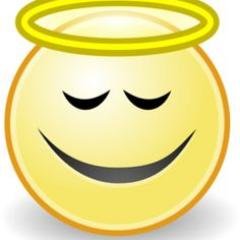 Expansion latest BIG 12 has Houston and UCF leading into the stretch.

And Flugaur continued going after the Dude of WV as he is known to do:

So today Dude of WV said this "It's pretty simple. The B12 adds UH and BYU. If BYU blows it then its UH and UCONN or UC. WVU is against UC"

Then a few minutes later Dude states this: "It's going to be UH and BYU (if BYU chances the honor code in a hurry) or no expansion"
BradFromHouston (Brad) September 13, 2016, 1:19pm #7

First I’ve seen that WV is against UC. I thought they wanted UC.

Sportswriter Berry Tramel of the Oklahoman has been all over the map with respect to Big 12 expansion.

He has covered all the bases on this. He has said pretty much every single possible outcome at one point or another. In fact he was on XM just last week saying it would be UH and BYU. So this isn’t a matter of me not agreeing with him so discrediting him, just looking at his comments on this on different platforms saying completely different things.

At some point as an organization its important to maintain credibility. Because expansion has been so public the Big 12 has to realize they would look like buffoons and probably doom the conference if they did not expand at this point. I think they perceive themselves as the weakest conference, and generally I think so does everyone who pays attention to college football.
Also I think an intelligent college president has the Louisville problem in the back of their heads: that there is a real cost in not pulling the trigger when the time is ripe.
It also depends on how bad the big 2 of the Big 12 want it, and I know Boren of Oklahoma has been ringing the expansion bell for years. If they don’t get it, I think they bolt within a year or two, and who knows how bad Texas wants us in or why. Either way, in sum, once this was all done publicly I don’t see many ways the bell can be un-rung without looking weak or inept.

Is there an example of when a conference was hurt by expansion? Colorado to PAC? Mizzoo to SEC?

Tulane to AAC? We could have had Boise and San Diego State.

I’ve read that BYU was interested in joining the Big East until they heard Tulane was joining.

I can’t find the exact quote but it was something along the lines that they didn’t want to be in the same conference as Tulane. Why the green wave hate, you got me. (Probably nothing personal, just it looked weak for a conference on life support to add lower end CUSA teams)