Finding the flaws for the top 10 national championship contenders 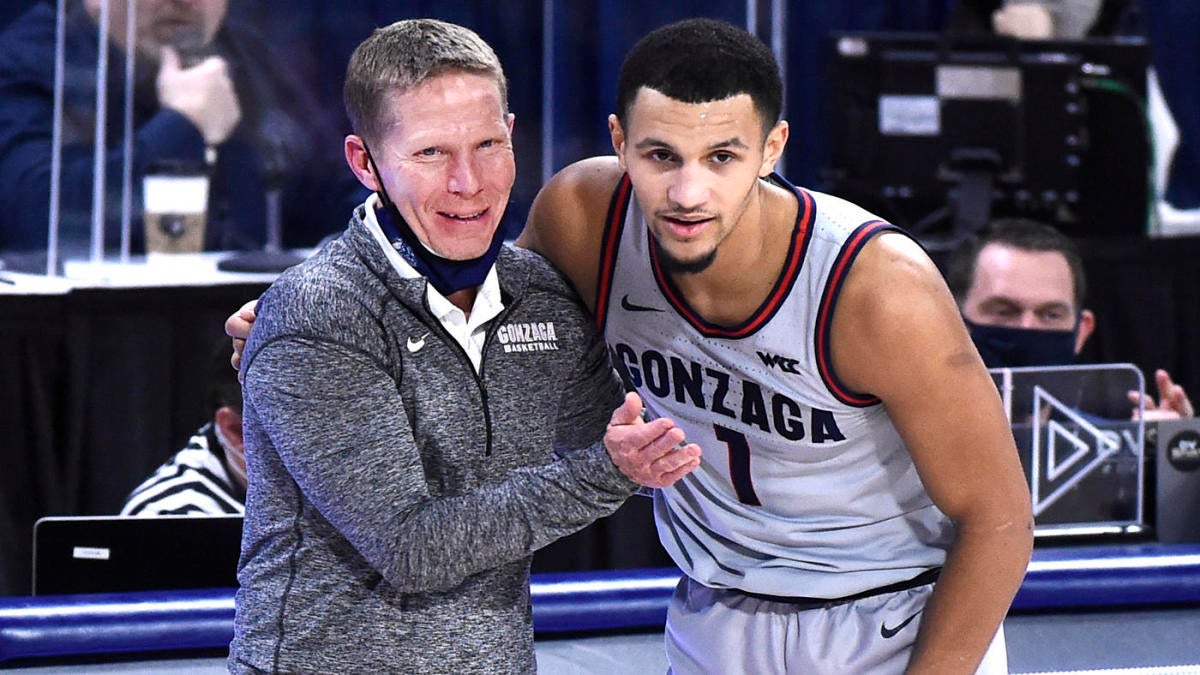 2021 NCAA Tournament odds: Finding the flaws for the top 10 national...

Losing All-AAC guard and preseason AAC Player of the Year Caleb Mills would, in theory, dock Houston’s chances of cutting down the nets in Indy. Nope. Houston’s won six straight since he last played a game behind a dominant stretch with double-digit wins over Tulsa, Temple, UCF, Tulane and SMU. This team has some serious juice, built around a former five-star prospect in Quentin Grimes and a rising superstar sophomore in Marcus Sasser. But the shot-making isn’t especially overwhelming, even if its offense is top-20 good. It is making 46.7% on 2-point shots and 33.9% from 3, both well outside the top 100. The team’s top dogs are getting theirs, but the team’s shot-making skills on the whole hasn’t been all that effective. By extension, that puts even more pressure on Grimes and Sasser to continue producing. At some point, teams are going to focus in on locking up their top two weapons or dare them to do it all by taking away the ancillary pieces. May not happen in AAC play, but it does seem like Houston may be overvalued just a tad based on those circumstances.

I think that’s a pretty fair in what our major flaw is. I am concerned about our lack of consistent shot making and offensive fire power we need at least one more real major scoring threat coming from somewhere. Because it does feel sometimes for stretches they could tell the guys to cover Grimes and Sasser and take your chances with everyone else.

Yeah but if we made shots the rebounding numbers would go down.

Mark’s shooting seems to be trending in the right direction…

Coach has said in multiple press conferences that points per possession is what matters. It doesn’t matter if those points come off of 1 shot or 3 shots followed by offensive rebounds. Any team that hopes to beat us needs to keep us off of the offensive glass and/or get help from the refs.

Can’t shut down Sasser or Grimes when Jarreau is getting around you off the dribble.

The key to overcoming this flaw is Tramon Mark. If he can consistently knock down jumpers and get to the line the way he did early in the year, this team’s ceiling is VERY HIGH.

A huge piece is the play of Jerreau…if his play can be consistent he can be very dangerous!!!

They miss the point, Jerreau, Mark, Gresham Gotham could do more but they don’t need to…Grimes and Sasser score open or not…and when teams focus on them then we have more open players around the basket for the rebound and put back…what do you call a missed shot for a cougar… a pass
Those other teams don’t play defense like we do and don’t rebound like we do so they need to make a higher percentage of shots to win.

The one thing that this team can always depend on is that they’re ALWAYS going to get after you defensively. They switch extremely well and they’re really strong defending the perimeter.

There isn’t a team in the country that they should be Intimidated by. There’s still room to grow this year and the team that wins it all is peaking at the right time (March madness).

I would agree that Mark improving is key, we need to remember he has 6 or 7 weeks before March Madness to make this happen! I also hope that Shead can help as well!

This article focuses on overvalue. That is a mistake.

It missed the undervalued component of having 3RS Seniors in our starting 5.

Agreed about Mark but IMO Gorham is the key piece as a seasoned senior. He is not one of our main weapon now but he could be in certain situations

The thing that worries me the most for a tourney run is the one place we’ll really miss Caleb.

In a close game with a minute or so left you want to be able to have one guy you can give the ball to who can all on their own generate a decent shot for a couple of possessions. With Caleb gone we don’t really have that anymore.

I think overall we haven’t missed Caleb a bit and have been even better without him. But not having that anymore is a loss.

our shooting numbers are bad, but that isnt a weakness with the way we rebound …we rebound 40% of our misses, #1 in the nation…
as noted; we miss 1 shot, rebound, miss again, rebound, then make it- we are shooting 33% (bad), but we are 1 for 1 on that possession (very good)…
the pressure isnt on grimes and sasser to score, its on our ability to rebound…

also this article drastically underestimating dejon offensive capability. Offense is more than scoring, dejon is probably the best player on the team when it comes to beating the initial defender off the dribble…he is normally looking to pass after he draws some new defenders… but if he is being ignored to sell out on grimes and sasser he’ll score… gorham is also getting more comfortably scoring each game…he had about 6 post move points vs temple…if he had that to the arsenal he could be a real threat adding to his 3pt shooting

I want to emphasize your point about Jarreau. I very much appreciate the G-men and Sasser - they are all doing great this year - but to my mind, Dejon took a quantum leap this year and is playing at a remarkably high level. Also, too, I am not sure the cognoscenti who author articles such as the referenced one fully appreciate that “approximately” 50% of the game is spent on defense. Dejon really is somewhat unique in his combination of size, quickness and wingspan.
Bottom line though is that once the tourney starts even the most sage and incisive of commentary is not worth a point or a rebound - so we get to find out which analysis is accurate on the court.

closing games is an issue… but i dont get missing mills… mills was like 2 for 9 in clutch shots in his tenure here. tulsa was literally the only one he’s made that could have potentially decided a game… have we forgotten we lost every close game last year, every single one mills had the ball in his hands with a chance to win and missed all of them …we were having debates last year about having a different closer

You two could literally start your own Debate…com site ! #constant

edit: I had to put extra … as I see it’s actual site…hehe.