NBA Combine 2021: Prospects Who Boosted Their Stock After Friday's Scrimmages

There are only 60 players taken during the NBA draft each year, which means there are quite a few hopefuls who end up not getting selected...

Ranking of the top college and international prospects for the 2021 NBA Draft.

I wouldn’t mind seeing the Rockets grab Q in the 2nd round… After their 3 first round picks.

Edit: no 2nd round picks

Barring a trade, the Rockets do not have a 2nd round pick. Only the 3 first rounders.

I thought they had a 2nd rounder this year, too… But looks like I was wrong.

I don’t think it’s too much of a stretch to grab him at 24… But the Rockets have a lot of guards already.

Grimes successfully reinvented himself at Houston the past two seasons after a disappointing year at Kansas, and after a stellar showing at the draft combine, he’s played his way into a likely top 40 selection. While he doesn’t jump off the page athletically, Grimes has a strong frame, has proven he can knock down shots and puts in solid effort defensively. He struggles to attack the paint and put pressure on the rim, and isn’t likely to be much of a creator off the dribble, but he can attack a closeout, put the ball on the floor and make plays for others, making him more than just a shooting specialist. He was immensely valuable to Houston and brings strong intangibles to the table, as well. He’ll have a chance to keep proving himself, and has the type of mature game that should play well off the bench somewhere.

Hopefully it’s just the start of the bull market on Grimes.

Tankathon moved him up to #29 in talent

Ranking of the top college and international prospects for the 2021 NBA Draft.

Live updating 2021 NBA Mock Draft with lottery simulator and traded picks. Draft order and selections based on team needs are updated after every NBA game.

Love to see him in the 1st but a % of the late 1st rounders are always used to stash young foreign players & big men projects.
Anywhere from the Knicks @32 to OKC @36 feels like the spot.

I keep envisioning him as a Klay Thompson type player… Am I off base?

I keep envisioning him as a Klay Thompson type player… Am I off base?

If I’m remembering correctly Jay Bilas (ESPN) did one of our games last year and that’s who he compared Grimes to.

I watched all of the games but sometimes with sound off because I don’t remember that quote from Bilas… But I think he’s right!

It was Dakisch, in the Cincy game… I add that quote to the Grimes highlight I made

Grimes’ ability to get hot and score in bunches mirrors Buddy Hield . However, his defensive upside likens him to Josh Hart . His ability to play without the ball will allow him to carve out a role early. In the right situation, he could play immediately and grow into one of the better two-way guards in the league. He has all of the tools to have a complete game.
2021 NBA Draft Projection: Late 1st Round, Early 2nd" 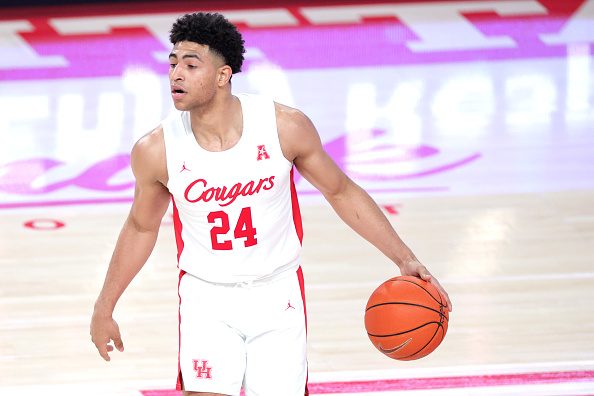 The 2021 NBA Draft is set to kick off on July 29. LWOS continues its draft profiles with Houston shooting guard Quentin Grimes.

The 6-foot-5 wing impressed at the draft combine last month, erupting for 27 points and going 7/12 from three-point range during a scrimmage. However, most draft analysis focuses on his defensive ability and potential. Coincidentally, NBADraft.net’s player comparison for Grimes is Josh Hart."

One of the joys of watching the NCAA Tournament – which fans were denied of in 2020 by a pandemic – is the chance to familiarize yourself with new and up-and-coming basketball stars. March Madness is often particularly effective at creating household...

"Grimes’ main offensive NBA skill is his outside shot. Over his three year career at Houston, he built himself into a knockdown shooter after being a little inconsistent in that regard early on…But the most appealing aspect of Grimes’ game is his defense. He was a key piece in one of the best defenses in college basketball,

You can never have enough wing depth, and the junior out of Houston could be an excellent 3&D target if he falls far enough. 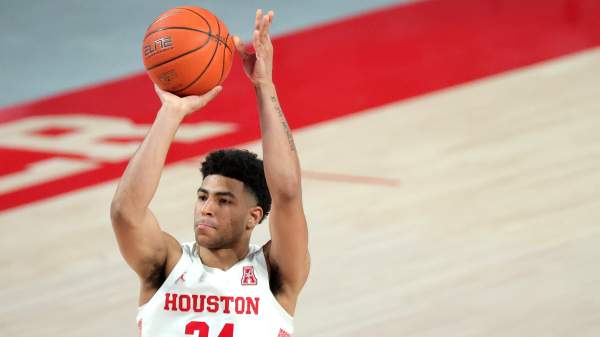 After an impressive outing at the NBA Draft Combine, ESPN has the Sixers selecting Houston guard Quentin Grimes. 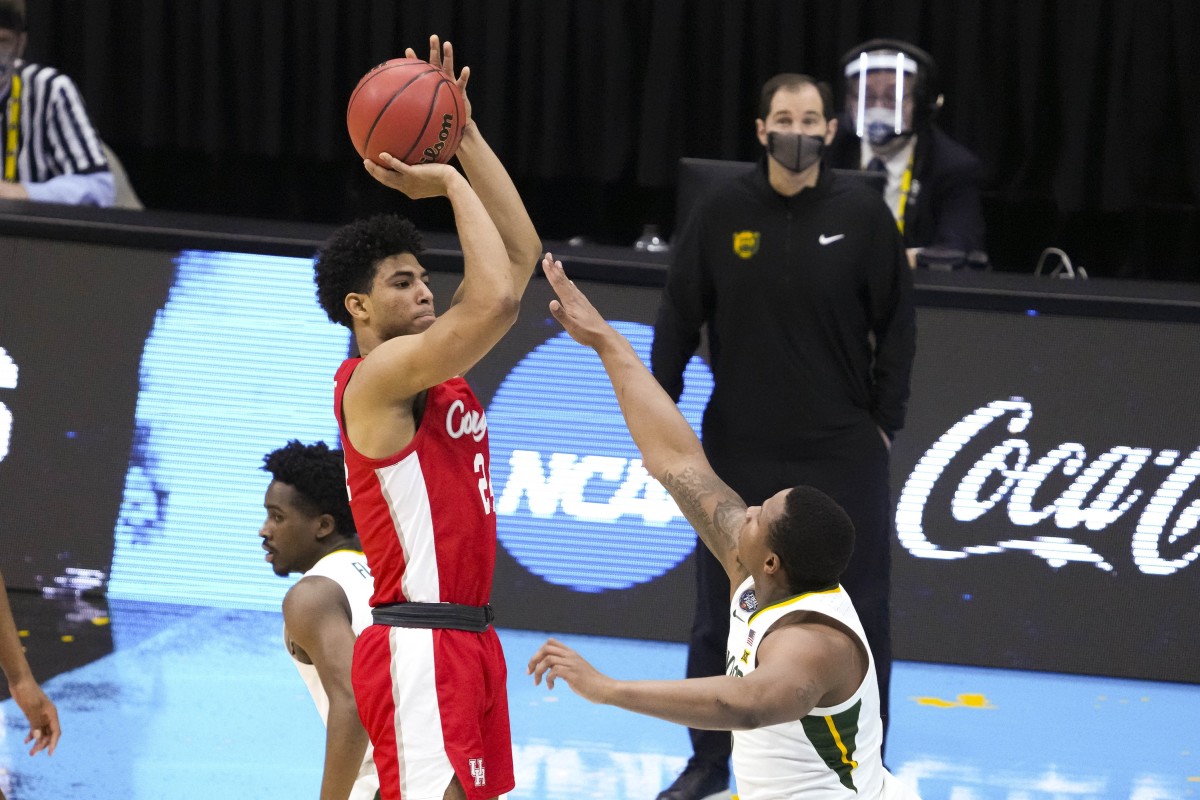 Can’t you buy a second round pick? I believe the Rockets did this once or twice for a foreign player.

You can but obviously it takes someone willing to trade a pick for money. It can happen, but not a lock.

With a few weeks to go until the 2021 NBA Draft, Chinmay Vaidya goes through another full mock now that we’ve gotten a better look of the prospects.

Grimes’ stock is going up after the NBA Combine and there’s good reason for it. The Houston guard was one of the stars of the tournament on both ends of the floor, helping the Cougars reach the Final Four. Grimes fits in well in Denver’s backcourt mix."

The Nuggets hosted their first official draft workout in almost two years at Ball Arena Monday -- a significant sign of progress from just a year ago.


Here are the takeaways from the workouts:

Quentin Grimes had a breakout junior campaign for the Houston Cougars and his confidence was very apparent in his workout with the Nuggets. When asked about who he models his game after, Grimes was quick to point to a certain leading Canadian guard for Denver.

“I watch a lot of Jamal Murray and we have a similar size and frame,” Grimes told Nuggets.com.

Grimes shot 40.3 percent from downtown during the 2020-21 season and was connecting jumpers with ease at Monday’s practice. Nuggets President of Basketball Operations Tim Connelly stressed the need for players who can stretch the floor and play solid defense in his end of the season press conference. Grimes, who averaged 1.4 steals a game for Houston this season, hopes he can make a difference on that end for NBA teams this upcoming season.

“Playing for Joe Sampson [at Houston], he demands 110 percent effort out of you [on that end] no matter what,” Grimes explained. “It’s something I pride myself on and I want [to] try to be one of the best defenders in this draft.”

Not just your average Joe