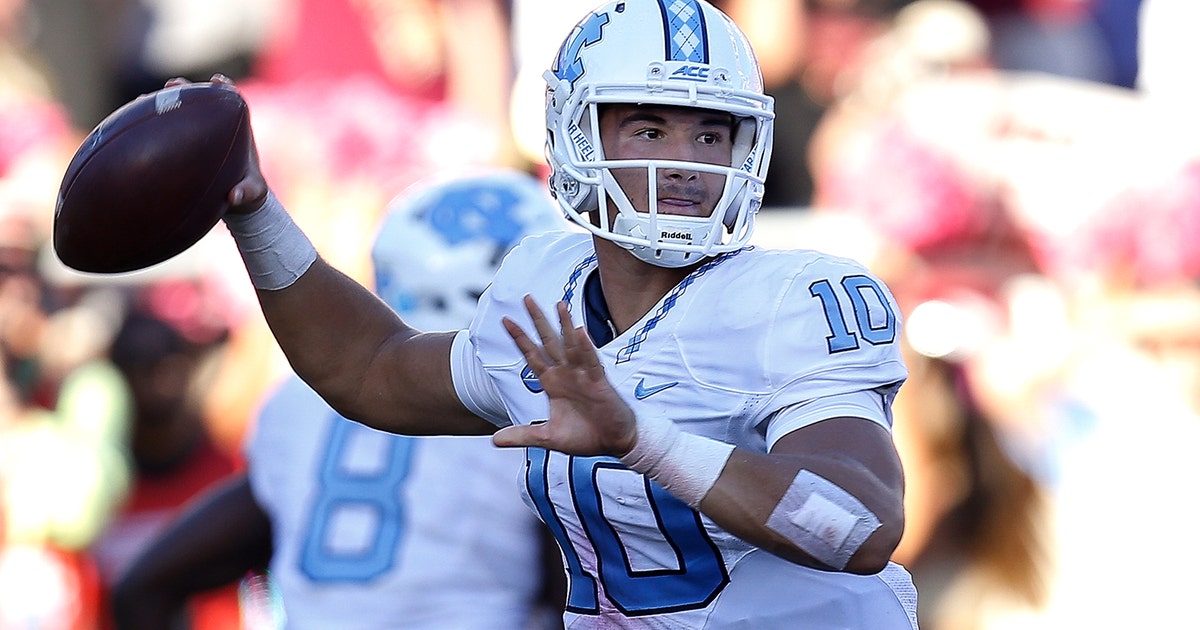 There's a new name in the mix this week.

3 Greg Ward, Houston, QB
Ailing shoulder or not, Ward was superb in UH’s revenge game as the Cougars walloped UConn Thursday night. Ward thrown eight TDs against just two INTs and is completing 71 percent of his passes. He’s also run for five TDs and is a big factor in UH’s run game.

Is Lamar Jackson still at the top of the list after Louisville's loss?

And Bryan Fischer of Athlon Sports has Ward 3rd in his Heisman list:

CLEMSON, S.C. In the end, it was just one yard. One yard separated Clemson from Louisville this season, and only one. Its hard for the most... After leading Clemson past Lamar Jackson & Louisville, Deshaun Watson climbs to No. 2 in this week's Heisman Watch. https://t.co/nw093pjbTu 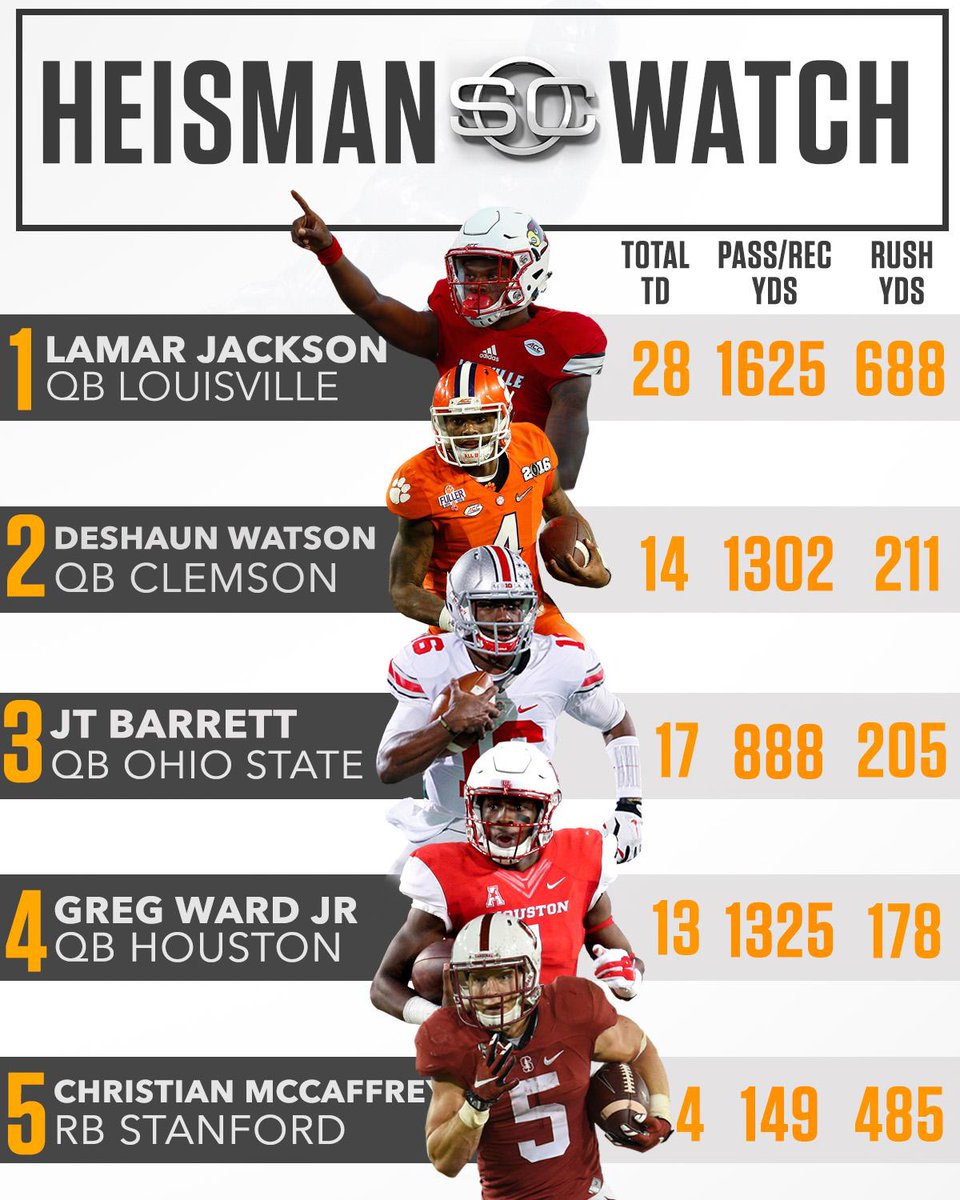 Ward up to 4th this week

CNNSI’s Heisman watch has Ward at #3: Louisville football's Lamar Jackson shined in the spotlight despite the Cardinals' primetime loss to Clemson. So where does that leave him in the Heisman Trophy race after Week 5?

It’s been fun watching Ward rip through American Athletic Conference defenses on Thursday nights two of the last three weeks. While top Heisman candidates often have to fight for viewers’ attention with other marquee tilts taking place on Saturdays, Ward can count on less channel-flipping from a national audience.

_His latest victim was Connecticut. Ward delivered one of his best games of the season, completing 32 of his 38 throws for 389 yards with three touchdowns, good for a 196.3 passer rating. He also rushed for 65 yards and two scores. Unfortunately for Ward, the game did not extinguish concerns about the possibility of his health eventually derailing his candidacy. He absorbed a huge hit from Huskies linebacker Junior Joseph early in the second quarter and he’s still battling a shoulder injury that forced him to sit out the Cougars’ win over Lamar last month. When he’s at full strength, Ward is an explosive playmaker who can unhinge Power 5 defenses and make Group of Five ones look utterly clueless. If he’s not, his output inevitably will decline, and Houston’s offense will suffer as a result. _

The Cougars will need him at something close to top form this weekend, when they’ll face a Navy team hoping to rebound after suffering its first loss of the season on Saturday at Air Force. If Ward and his receivers are clicking like they were against UConn, the Midshipmen won’t be able to stop him. Still, this is one of the few games on the Cougars’ conference schedule that bears monitoring, if only because it’s not completely certain they’ll be able to put it away before halftime.