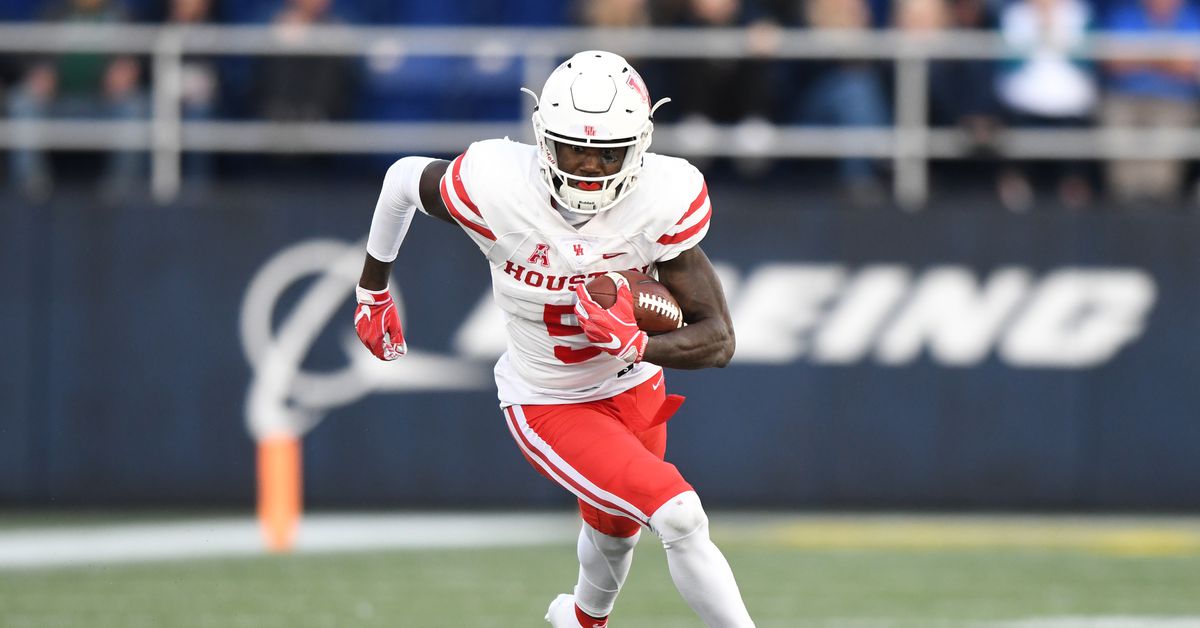 We take a closer look at Houston’s upcoming opponents for the season.

Sorry if this was already posted

Boy…for a G5 team this schedule is about as hard as they come. Looking forward to it though. We will definitely get to see what this team is made of throughout the season. Hopefully they don’t get grinded down too much and everyone can stay healthy for the most part.

Very good chance that the record at the end of the year is not a true representation on how well the team played given the toughness of the schedule. However, many outsiders don’t dig deep enough into UH football and will just see a mediocre 7-8 win season and move on. This season is going to tell me a lot about the trajectory of this team going forward. Really excited. It’s just a shame that we only have King for one more year after what felt like 2 wasted seasons with CMA.

I’ll be satisfied with 8-4…anything above will be gravy.

This…really, anything better than 7-5 would be great…hopefully we keep the injuries at a minimum, especially when it comes to the quarterback position.
While I would love to whip OU, my expectations is for us to play hard and smart and set the tone for the rest of the year…

Big s/o to Herman for having him use a year of eligibility being our 4th WR in 2016.

The last time we had a coach that knew what he was doing, he went to a NY6 bowl and beat a previous playoff contender and multiple top 25 wins, in his FIRST year.

I’m not saying we will do that but with a coach who CAN coach, with the best supporting staff we’ve probably had in decades, with the improved facilities, and with our ability to find diamonds in the rough…I wouldn’t be surprised if we did!

…him, Corbin, Lark, Car, Kadarian Smith, and Fleming all should have another year as well. Thanks, Tom.

CMA playing Bardwell in mop up time in like 2 games his freshman year was awful as well.

CDH might be looking at guys like Car, K.Smith, and Bardwell to redshirt if he can work it. He did mention redshirting some upperclassmen if possible. We’re deep at RB and Car is probably 3rd or 4th on the depth chart. K.Smith may be needed at CB, but, if he’s not starting, it might be better to play others. Bardwell should redshirt if he’s not starting; kid will be good next season and it’s be nice to have him for 2 more years.

I am going to put a Benjamin on the Over…
And cash it !!!

That’s a tough schedule. To me, it could go any way. Too many variables that can impact week to week: injuries, wearing down at the end of the season, a letdown after a good win, etc. Hard to say. I think a .500 season should not disappoint anyone considering all the circumstances entering the season.

Love the idea of redshirting Mulbah if he’s in agreement and we can work it out. With King gone and no obvious heir apparent offense will need stability at other positions.

And we’re so awesome that we beat N Tex, Navy, Tulsa, Tulane and SMU??? Recent history says to the contrary. Lose 1 there? or 2?

Our depth is so bad at CB I think we’ll be forced to play K Smith.

Otherwise yea, I hope we are able to redshirt all those guys. We’ll need experience bad on offense in 2020.

Is the heir apparent not Bryson Smith? I mean he checks all the boxes of how UH has handled their future QBs. However, King has been so dominant the last 2 seasons that I haven’t heard much about Smith’s development as this teams future QB. Thoughts?

Is the heir apparent not Bryson Smith?

CDH is quoted as saying Bryson is in the WR room only now with no plans to move him to QB.

The consensus on the board is with CDH our WR to QB days are over.